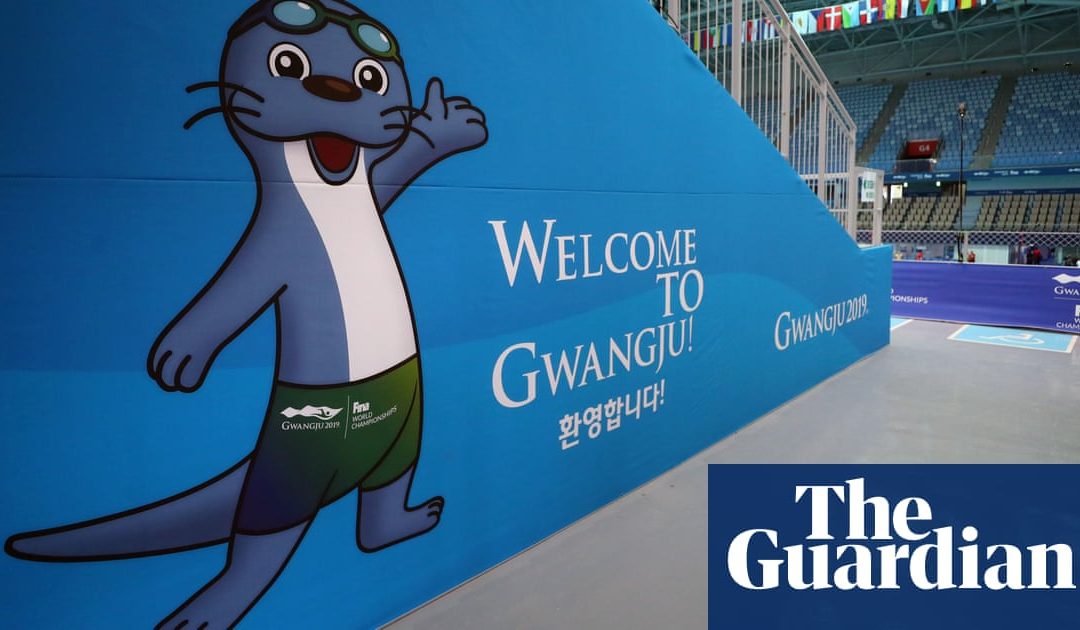 Can a sports governing body stop sexual abuse and make a culture change without that one galvanizing media-ready moment? 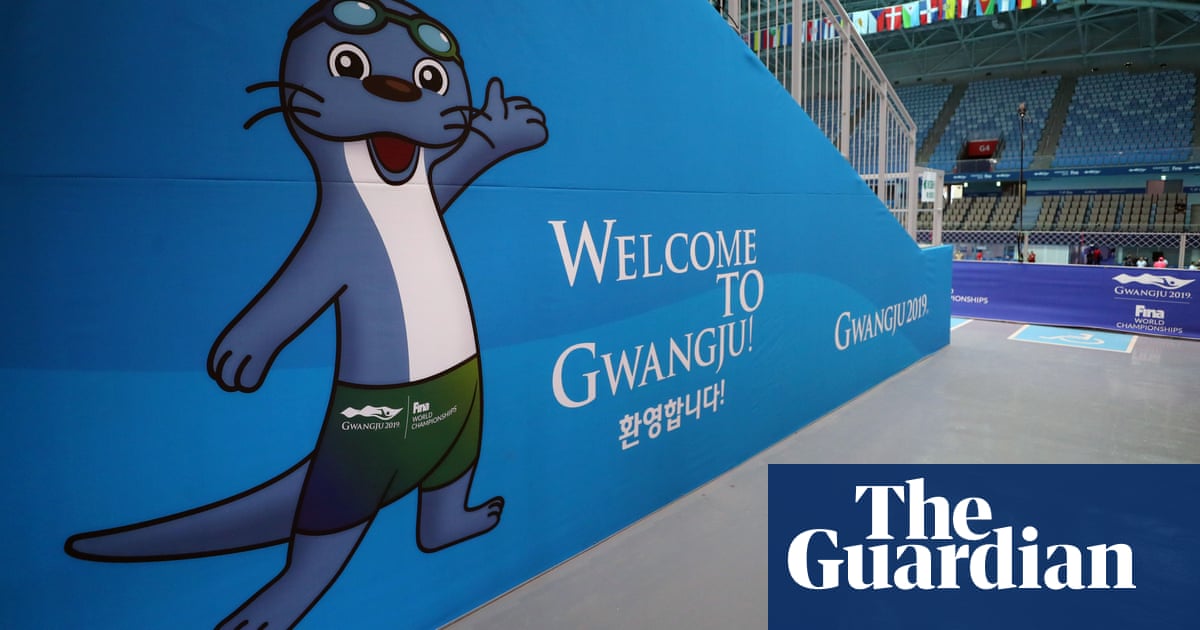 Can a sports governing body stop sexual abuse without nonstop scrutiny from the media, lawmakers and the US Olympic Committee? And can prevention work best when that organization places some of its efforts toward educating parents and athletes themselves?

The spotlight still shines most intently on USA Gymnastics, which remains in the news nearly 18 months after the dramatic courtroom scenes in which scores of survivors confronted Larry Nassar, the doctor who will almost certainly spend the rest of his life in prison. USAGs scrutiny continues with a new lawsuit, dissection of a hiring gone wrong, a documentary on how Nassar got away with his crimes for so long, and the looming threat of decertification.

USA Swimming, on the the other hand, hasnt been publicly castigated by the US Olympic Committee, by Congress, or by the media to the same extent. When USA Swimming CEO Tim Hinchey appeared before a Congressional subcommittee alongside other NGB representatives in May 2018, lawmakers and the media put the bulk of the focus on USA Gymnastics CEO Kerry Perry, who didnt last long in the job.

By that time, USA Swimmings responsibilities and tactics had already changed. The NGB released Safe Sport educational material to parents in 2017.

The numbers in the Registers piece were staggering. Over a 20-year span, at least 252 coaches and officials faced either criminal charges or USA Swimming discipline for sexual abuse or misconduct against at least 590 alleged victims.

But USA Swimming has never had that one galvanizing media-ready moment such as the Nassar courtroom scenes. And one of the few lawsuits to go forward against the organization involves a coach-swimmer relationship, which justifiably or not just doesnt stir up the same amount of shock as a doctor taking advantage of young girls in his care. American culture has long seen joy and humor in relationships with an age and power imbalance see the 1979 Woody Allen film Manhattan or the 2016 Saturday Night Live sketch about a teacher-student escapade.

In the swimming community itself, ending coach-student relationships requires a culture change. The Vieth Report notes USA Swimmings delegates voted against a prohibition of such relationships in 2012, only to be forced into such a ban when the USOC required it the next year. Other sports have seen prominent athletes marry their college coaches, though the relationships have usually started when the athletes were adults.

In the lawsuit against USA Swimming, 2012 Olympian Ariana Kukors Smith claims her coach started grooming her for sexual abuse at age 13 and molested her at age 16. The coach, Sean Hutchison, claims the relationship in question was consensual and didnt start until the swimmer was an adult.

USA Swimming is a defendant because lawyers claim the organization carried out a woefully inadequate investigation when alerted to the relationship. The lawsuit notes that the NGBs Safe Sport director, Susan Woessner, was forced out in 2018 for failing to disclose that she had her own relationship with Hutchison before investigating the matter.

Bob Allard, the attorney representing Kukors Smith and many other athletes, claims USA Swimming had a systemic problem with internal investigations carried out by an opaque and ineffective National Board of Review. The organizations lawyers, on the other hand, were quite effective.

One example of where the liability has fallen: A swimmer won a $1.5m settlement from a Washington parks and rec department that employed King, the coach now serving a 40-year prison term. Meanwhile, USA Swimming settled quietly with one of Kings victims in California.

There has been a concerted effort back to the 1990s on behalf of USA Swimming to quash all victims complaints, Allard says.

Another factor working against claimants was a side effect, intentional or otherwise, of USA Swimming forming a captive insurance company, US Sports Insurance Company Inc (USSIC). Captive companies are legal and were popular when adequate commercial insurance was difficult to obtain in the 1980s.

USSIC managed to limit financial risk for USA Swimming and its member clubs, making early settlements the best option for most legal complaints. The company also provided safety rebates that gave USA Swimming a financial incentive to be aggressive in court.

First, USSIC was moved from Barbados to the USA and then sold.

Second, while the federation hasnt had quite as much turnover as USA Gymnastics, a few top staffers have left. Wielgus retired in 2017. (He passed away a few months later.) Woessners resignation over the Hutchison case coincided with another departure by longtime staff member Pat Hogan.

Third, the USOC has realized that it needs to follow the same course of action with athlete abuse that it has with doping issues spin off an independent entity that takes the role of policing away from the NGBs that face an inherent conflict of interest in policing themselves. As doping falls under the auspices of the US Anti-Doping Agency, abuse issues now fall under the US Center for SafeSport.

Fourth, federal law has changed. The Protecting Young Victims from Sexual Abuse and Safe Sport Authorization Act of 2017, passed in February 2018, requires NGBs to keep one-on-one interactions between minors and adults to situations with an observable and interruptible distance from another adult, except under emergency circumstances. The NGBs have had to figure out what this means in their respective sports.

For USA Swimming, that means new policies on locker rooms, massages and travel, all designed to virtually eliminate any possibility that a coach and a swimmer will be alone together.

Also, swimmers need to take a step back from the 21st century and copy their guardians on any communication with a coach and vice versa. That applies to social media as well. Forget those texts asking if practice has been moved or those messages of support on a Facebook page. These changes have caused a bit of confusion, particularly in regards to college recruiting.

USA Swimming continues to have a director of Safe Sport (USA Swimming adds a space in Safe Sport while the US Center for SafeSport does not), replacing Woessner with Abigail Howard, who has worked in several university compliance offices and worked on child abuses cases as a deputy prosecutor.

While the Center has jurisdiction over sexual abuse cases, USA Swimmings internal Safe Sport department oversees a broader range of code-of-conduct violations and works on education programs, including those designed to teach parents and athletes how to keep coaches and other officials from preying on their naivete.

Thats certainly a change for anyone involved in youth sports, Howard says. What weve received in feedback isnt so much that this is a bad policy but, How do we do it? Is there an app we can use? Is copying that to a parent sufficient?

Most importantly, parents learn to be alert to any tactic predators have learned in the past.

USA Swimming still has a few watchdogs in quiet corners of the Internet, and the NGB recognizes that more progress is needed. But if Congress wants to call NGBs to another hearing on Capitol Hill, the NGBs may turn right around and ask representatives why they arent funding the US Center for SafeSport.

And as the swimming world championships approach in July, expect to hear much more about Katie Ledecky, Simone Manuel and Ryan Murphy than we hear about Sean Hutchison or Andy King.

Then well see if quiet efforts to arm families with information will stem the tide of sexual abuse.