Jeffrey Epstein Was Their Teacher. He Became A Monster. 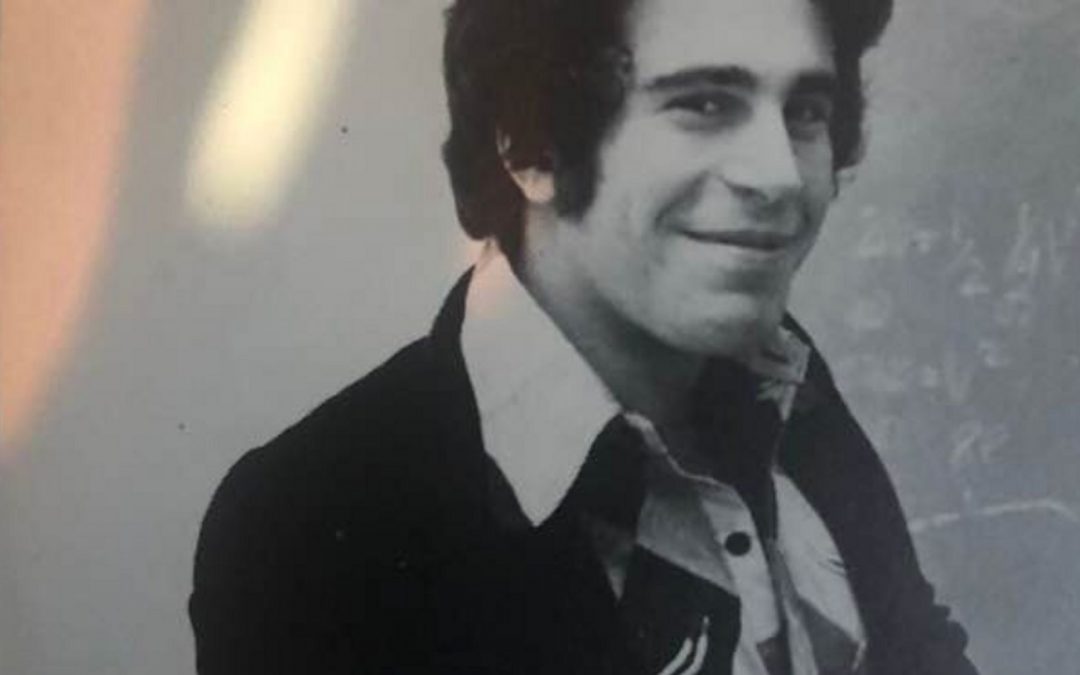 In recent days, former teachers and alumni from The Dalton School in New York City have been reconnecting via long group email chains and Facebook comments to discuss memories of the infamous financier Jeffrey Epstein. Epstein, who was charged with the sex trafficking of minors on Monday, worked as an educator at the private school for two years, teaching math and science to students who were just a few years younger than he was at the time, according to The New York Times.

In conversations with 15 former Dalton students, parents and teachers, HuffPost learned that some are reconciling the fond or amusing memories they have of Epstein with allegations of monstrous misconduct. Others recall seeing red flags in Epstein’s behavior, even as teenagers. Some are using the present moment to reconsider certain memories of their alma mater, where sexual student-faculty relationships were occasionally an open secret at a time when the Me Too reckoning was still decades away.

And many are in awe that their former headmaster Donald Barr ― a man who was known for being strict, polarizing and conservative ― is suddenly a relevant part of Epstein’s story, too. Barr, Dalton’s headmaster throughout the late ’60s until the mid-’70s, is the father of Attorney General William Barr. As the nation’s highest law enforcement officer, William Barr oversees the office that is prosecuting Epstein.

“The joke has been this is the Epstein-Barr problem at Dalton,” said Harry Segal, a senior lecturer at Cornell University and Weill Cornell Medical College who graduated from Dalton in 1974. The Epstein-Barr virus, which is a type of herpes that can cause mono, coincidentally contains the name of the men at the center of Dalton’s latest controversy.

Karin Williams, who left Dalton before her junior year in 1976, never had Epstein as a teacher. But she can still picture him clearly in the hallways of Dalton, standing by the school elevators, often surrounded by a gaggle of female students, with whom he seemed to have flirtations, she said.

“He stood out as this young guy in this weird coat,” said Williams, who now lives in Sweden and works in consulting, and has largely fond memories of Dalton. “You noticed him.”

The elder Barr hired Epstein to teach at Dalton when Epstein was merely a 20-year-old college dropout from both Cooper Union and New York University. Epstein only lasted at Dalton two years before he was hired by the investment bank Bear Stearns after tutoring the chairman’s son.

Now, Epstein stands accused of sexually abusing dozens of underage girls in New York during the early 2000s. In 2018, the Miami Herald also identified about 80 women who said Epstein abused them around the same time.

Dalton is one of New York City’s most storied and prestigious private schools, known for its sky-high cost and enrollment of the sons and daughters of New York’s richest and most influential families. And while even in the ’70s the school had an outsized reputation, former students describe a largely supportive environment where they were encouraged to pursue intellectual curiosities ranging from ancient Greek to Russian literature. They took classes with notable figures like Yves Volel, a Haitian presidential candidate who was assassinated in 1987.

Still, teachers like Epstein weren’t totally unusual at Dalton during the 1970s, according to seven former students. Barr liked to hire young people in their early-to-mid-20s whom he saw as smart and energetic and full of potential, they say.

It was, however, unusual for a teacher to be as young as Epstein. And to lack a college degree.

And while some Dalton alumni don’t remember him at all, some say he stood out for his youth.

Epstein was known for his informal dress and casual relationships with students, whom he could sometimes treat more as peers than pupils, according to four former students. Indeed, as he was only 20, his general immaturity stuck out, they say.

He has garnered mixed reviews about his abilities as an educator.

Dr. Susan Cohn, class of ’75, recalls Epstein telling students not to stress over the class because they were all going to get A’s. Cohn is now a professor of medicine at Northwestern University.

“I didn’t learn a whole lot. He didn’t take the classes very seriously,” said Cohn, who said Epstein seemed more concerned with having fun. She described him as someone who seemed like he had just walked off the movie “Saturday Night Fever” and was “a bit smarmy.”

Now, some alumni wonder how Epstein could have gotten hired at Dalton. Though private schools don’t require staff to have the same credentials as public schools, they imagine such a young, inexperienced hire would be unheard of in the present day.

But at Dalton, Epstein ― a young man who seemed to enjoy the company of his female students ― existed within a specific context. It was just a few years before the release of Woody Allen’s “Manhattan,” which told the story of a 17-year-old Dalton student in a relationship with a much older man.

Students from the ’70s recall a boundary-pushing atmosphere at the school during a particularly sexually permissive period in American history. Student-faculty relationships were generally seen as eyebrow-raising rather than abusive.

“What’s sickening is that a creep like Epstein took that and never let go of it,” said an alumna from the class of ’74 whose name is not being used for privacy reasons.

Indeed, In the years since, a similarly situated private school in New York City, Horace Mann, has come under scrutiny for widespread issues of sexual abuse during the ’70s and ’80s.

“There were a number of teachers who looked at the student body as their next meal,” said Mark Robinson, class of ’74. Robinson, who is writing a book about his experience as one of Dalton’s few black students, recalled having wonderful educators overall.

Donald Barr, too, existed in a specific context at Dalton. The headmaster is credited with transforming the school from a progressive bastion into an elite prep school where uniforms were strict, only certain hairstyles were allowed, discipline was emphasized and leadership was conservative.

After years of strained relations with the school’s board of trustees, he resigned in ’74 and passed away in 2004.

But if, at the time, students liked rock n’ roll, Donald Barr liked bagpipes. He even had students gather at one point to watch his son William perform the instrument for them, according to Mickey Rolfe, class of ’74.

And if students were protesting Vietnam, then Barr was threatening to suspend them if it interfered with class time, according to Segal.

Indeed, Barr was not shy about his conservative beliefs. In a 1968 New York Times article, he sounded off on the youth activism of the time.

“They think they can cheat on tests, steal from one another’s lockers and exploit each other emotionally so long as they have the right opinions about the war or civil rights or something else. That is not morality,” Barr said.

Segal even recalls learning as a young person that Barr had a son in the CIA. Amid the anti-war fervor and the school’s young men fearing that they would be shipped off next, this fact felt like a betrayal.

It was only during the time of William Barr’s confirmation hearings for attorney general that Segal realized who the headmaster’s son had grown up to become. The resemblance ― father and son had similar glasses ― was uncanny.

For some, the connection between Epstein and Dalton seems random and useless. For others, it’s fascinating. And others find it entirely unpleasant.

“It’s a little icky; you want to have positive memories, clear, clean, nostalgic memories of your school days,” said Robinson. “You don’t like to remember the things that are unpleasant. And this kind of pushes it up in your face.”