How landlords can refuse to rent homes to families 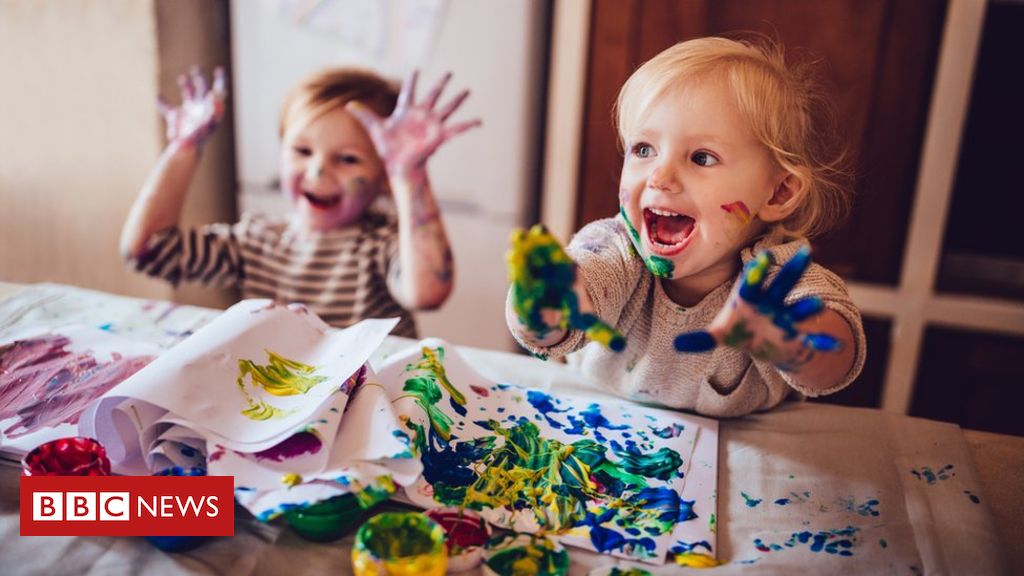 Landlords can refuse potential tenants with children when letting out a UK property, which has prompted complaints from some of those turned down.

Some families searching for a home to rent say it is unfair and discriminatory to rule out tenants with children.

But landlords point out that not all properties are suitable for youngsters, and that they are within their rights to refuse.

The debate has been played out on the BBC News Affordable Living Facebook page.

Tenant: ‘It felt a bit harsh – it was an ideal small family home’

Tom Dedynski has two children, aged nine and five, but has separated from his wife.

He was looking for a two-bedroom home to rent in Peterborough so he had enough room for his children to come to live with him during various weekends and at other times. He thought he had found the perfect place – a semi-detached house with a garage and driveway.

“I was honest with the letting agent that the kids would visit,” the 33-year-old says. “I had not rented for 15 years and wanted to be honest about the situation.

“I was told the landlord did not want children – and that was that.

“I was disappointed. It felt a bit harsh. This was a small family home.”

He subsequently found another property to rent, but says that the experience did not feel fair.

Other tenants say they have had similar experiences and argue that this amounted to discrimination. One says that the deposit should cover any mess or damage caused by children, but that youngsters do not necessarily create more damage than older people.

Landlord: ‘You have to make a judgement’

Darren Minkin lets out nine properties in the Bournemouth area, and he is happy for tenants with children to live in most of them.

Yet, in his 20 years’ experience, he says that there are some that are not always suitable for children.

One is a conversion, which is now a house in multiple occupation. A number of older tenants live there and there are various communal areas. As a result, he says, it is not suitable for young children.

Another is a flat adjoined to some student digs. Sometimes the students will be studying and sometimes, in the evening, they may be partying.

The result is that the near-neighbours can easily disturb each other and, as a result, he rules out potential tenants with children – although anyone who has children while they live there is always allowed to stay, he says.

“They are not rigid rules,” the 51-year-old says. “But you have to make a judgement. It is gut instinct – sometimes you are wrong and sometimes right.”

John Stewart, policy manager for the Residential Landlords Association, says a bigger proportion of homes rented privately (35%) have children living in them than in the social rented sector.

“That said, not all private rented homes are suitable for children, for example Houses of Multiple Occupation or city centre blocks of flats that may have no nearby space for children to play,” he says.

“Landlords should always ensure that properties they rent to families with children are suitable and safe to meet the needs of such tenants.”

What are the rules?

There is nothing in law across the UK that compels a landlord to have to rent to tenants with children.

While landlords can decide whether or not to have tenants with children in their properties, if they set rules that apply to everyone but indirectly make it more difficult for women to rent, this may be sex discrimination.

If a landlord refuses to rent to a single mother or someone who is pregnant, the tenant might argue that she is being discriminated against by the landlord.

Under the Equality Act, the law says someone cannot be treated unfairly or differently if this is connected to who they are. That can include housing.

So, for example, a tenant could argue against being denied housing if they can show it was the result of their sex, sexual orientation, religion, race or disability.

Citizens Advice has toolkits for anyone who wants to take action in England and Wales, and in Scotland.