How tough is an investment banker’s life? 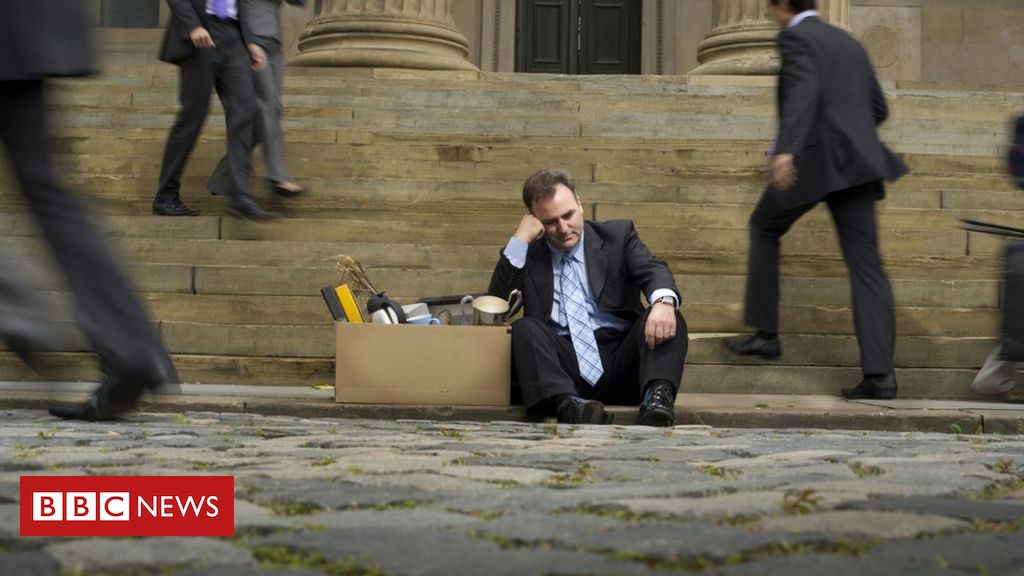 Not many people shed tears when bankers lose their jobs.

Last Monday, equities teams at Deutsche Bank offices round the world were told to leave their desks within a matter of hours.

The men and women who were made redundant had worked at one of the biggest investment banks in the world.

Some Deutsche Bank employees had not made themselves popular in recent years.

In April 2015, the bank was fined a record $2.5bn for rigging Libor, an interest rate used for interbank trades. It was also ordered to fire seven employees and was accused of being obstructive towards regulators in their investigations.

Tales of arrogance and misbehaviour abounded. Three years before, there had been reports that a member of Deutsche’s staff had been suspended for allegedly waving a £10 note out of the bank’s London office windows and taunting doctors and nurses marching against NHS cuts below.

Little has changed in those years in the way bankers get the sack.

Peter Hahn, the Dean & Henry Grunfeld Professor of Banking at the London Institute of Banking and Finance, worked for two of the biggest US banks during the 1980s.

He remembers coming into work and seeing colleagues being cordoned off as they arrived at the office one Monday morning, having their ID cards sliced up in front of them and being ordered to be out of the building within two hours.

Mr Hahn said: “It was humiliating. It was two weeks before Christmas and 25% of staff were laid off. Those who were sacked got two weeks’ pay for every year they had worked there. Bonuses were handed out a few days after they had left to those who remained.”

And where does a sacked banker go next? The obvious answer is to dive straight back into the industry.

For this generation, that might not be that easy.

The traders that were at the forefront of the cuts are among the most skilled in the industry. But unlike analysts and managers, these are not easily transferable skills. And the market is tight.

Logan Naidu, the founder and chief executive of recruitment consultancy Dartmouth Partners, said: “Deutsche has been shutting down their equities division and I don’t think the market is big enough to suck up all those jobs.”

And he pointed out that in an oversupplied market, Deutsche staff might not be able to command the kind of salaries they were used to.

And generally speaking, those were high.

Sarah Butcher, global editor of the banking careers site eFinancialCareers, says: “In the first year out of university, new hires can expect to make £74,000 in total compensation. Six years later, as senior associates, they can expect to make £225,000.

But to any 20-something labouring in a less lucrative industry on, say, £35,000 a year, and intoxicated with the idea of banking riches, Ms Butcher has a word of caution: “First, you will work a lot harder in an investment bank. Think 80-plus-hour weeks, late nights and some weekends.

“Second, only the brave survive.

“It’s not unusual for at least 50%, often more, of an analyst class to drop out by the time you’re into associate level. Getting into a bank is hard. Getting to these pay levels is harder still.”

But these ex-Deutsche employees have one other thing on their side: contacts.

Mr Hahn tells the story of a former student who, after years working for a major US bank, arrived one morning to have his access denied and was told to vacate his desk by 10:00. He was booked to fly to Geneva that afternoon to talk to a client.

Mr Hahn said: “As he had the ticket and the hotel reservation, he decided to go anyway. He only had to pay for the taxi from the airport.

“He went to Geneva, saw the client, thanked him for all this business and told him he couldn’t represent the bank any more. Then and there, the client offered him a job, starting immediately.”

There is no shortage of new recruits to the industry. Last year, Goldman Sachs had 100,000 applicants for 500 places on its trainee programme.

Marcus (not his real name) is 25 and works as an analyst at a major US investment bank.

He works 13 to 14 hours a day and is quite happy doing so. It’s not quite as much, he says, as he did when he first arrived and wanted to prove himself.

He said: “The numbers wanting to come into the industry are higher than ever. But the difference from a few years ago is that university graduates – if they want to make a lot of money – have more options.

“They can go into tech industries and they can go into start-ups, which offer what they may see as a better lifestyle, as well as a more exciting career.”

Mr Naidu agreed, adding that even within five years, some in the banking industry are thinking of moving to more glamorous employment.

He said: “This new generation, the millennials and Generation Z, is not so worried about making money. They don’t seem to want it as much as earlier ones. That may change as they get older, but at the moment, they are more prepared to look elsewhere and take risks on salaries.”

Marcus added: “I am very happy in my work and can’t see myself moving. But then again, I can’t say for certain I will always work here, because you never know what might turn up.”

Marcus will be well suited for whatever “turns up”. Mr Hahn believes a training in banking in your 20s sets you up for any kind of career.

That’s certainly healthy for the individual, but for the banks it has huge downsides. Mr Hahn said: “In the early 80s, when I came into banking, you expected to join a bank and stay with it for your career. What came with that was loyalty to the organisation.

“If you saw someone doing something terrible, you were prepared to do something about it, because it was a threat to the organisation. Now that loyalty has gone, and in an organisation built on risk management that is a real challenge.”