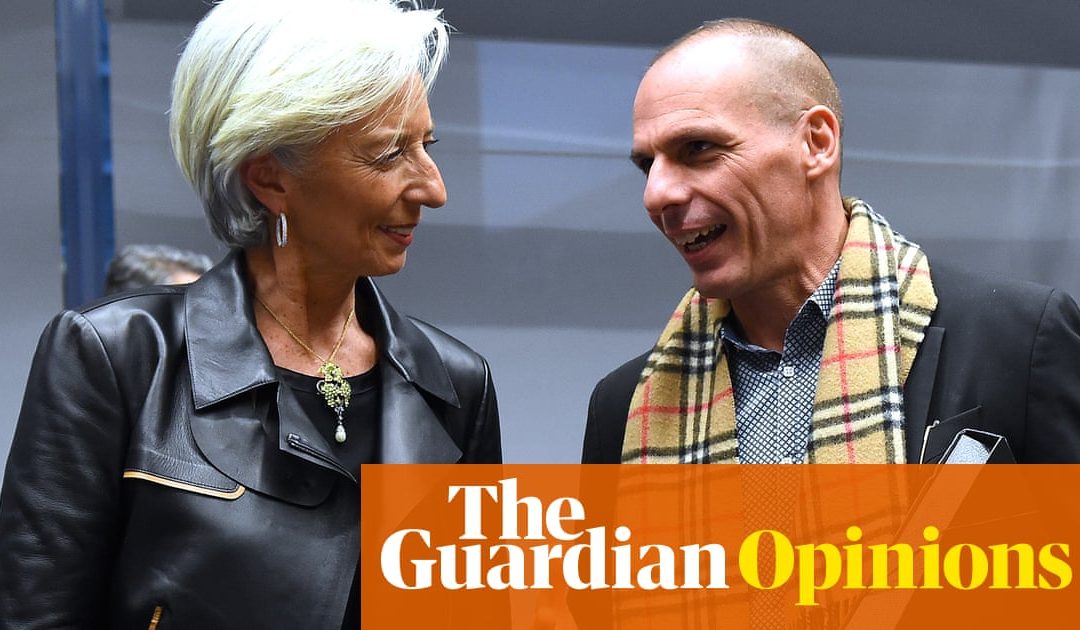 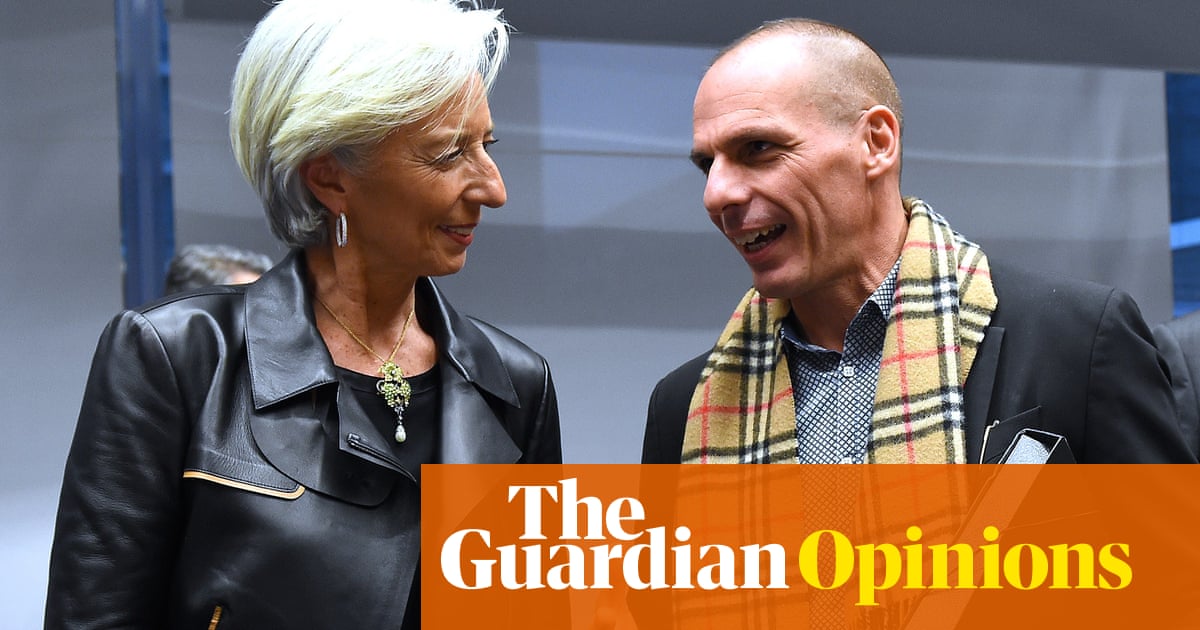 Christine Lagarde was a key member of the infamous troika Greeces official creditors who crushed our peoples resistance to perpetual debt bondage. The other key figure alongside the International Monetary Funds then managing director was Mario Draghi, president of the European Central Bank, who played a central role in that drama by engineering the closure of Greeces banks. Now, four years later, Lagarde has been anointed to succeed Draghi at the helm of the ECB.

Despite her role, and the dealings we had when I was Greeces finance minister, not once did I feel animosity towards her. I found her intelligent, cordial, respectful. She even acknowledged, in private at least, that Greece had been given a raw deal and that my campaign to cut our public debt was right and proper. Lagardes priority was holding the troikas line and minimising any challenge to its collective authority.

The question now is whether Lagardes skills are in tune with the task of leading the ECB in the post-Draghi era. Much has been made, by supporters and detractors, of both her unquestionable talent for managing complex institutional tensions and her non-existent monetary policy background. Perhaps it is not a coincidence that the two most influential central banks, the Federal Reserve and the ECB, are now to be led by lawyers with no academic monetary background. The shifting consensus on who is best placed to oversee monetary policy reflects a crisis of financialised capitalism that traditional central banking can no longer address.

Lagardes greatest challenge is that she is replacing a man credited with saving the eurozone by means of policies that are no longer fit for purpose. If she departs from Draghis script, she will face fierce criticism. And if she does not, the eurozones never-ending crisis will spin further out of the ECBs control.

Draghi saved the eurozone by printing trillions of euros to fund the bankrupt banks and to allow Italy, Spain and other stressed states (though not Greece) to roll over their debts. To do this, he needed to skilfully subvert the eurozones rules which, in turn, required painstaking work to co-opt Germanys Angela Merkel in his great clash with both the Bundesbank, Germanys powerful central bank, and Wolfgang Schuble, Germanys finance minister.

While Draghis wall of money helped the eurozone perk up, it could not cure its underlying disease and had some pretty nasty side-effects. Stubborn negative interest rates continue to undermine pension funds and insurance companies in Germany and beyond. Rates remain negative because investment is woefully low due to investors self-fulfilling pessimism given the prospect of more austerity.

This creates deflationary pressures that eat into the savings of the middle class, replace quality jobs with precarious ones and, thus, beget political monsters across Europe.

Most commentators wonder whether Lagarde will be brave enough to continue with Draghis unconventional policies. This is the wrong question to ask since his trick for keeping key countries, such as Italy, in the eurozone has reached the end of the road both technically and politically.

Technically, because Draghis success in persuading Berlin to let him buy Italian public debt, and thus keep Italy in the eurozone, hinged on the promise to buy debt from each member state in proportion to the size of their economy ie buying approximately 2 of German debt for every 1 of Italian debt. However, with Germany producing no new public debt, courtesy of running a budget surplus, Draghis strategy for buying Italian debt has fizzled out.

And politically, Draghis trick has also expired because the deflationary dynamic of the last decade has given birth to a Eurosceptic rightwing Italian government unfazed by the prospect of Italy dropping out of the eurozone.

The pertinent question to ask about Lagardes ECB tenure is: can she push Berlin to ditch the eurozones suicidal fiscal rules (which reinforce Europes deflationary dynamic) and to accept the idea of a common, safe debt? If she does not do so, no matter how energetically she continues to impose Draghis policies, she will fail the test of history. To succeed she needs to be subtle, creative and confrontational.

Subtlety requires that she does not ask Berlin explicitly to denounce dogmas that have, over the years, acquired quasi-religious status.

Creativity will help her sell the abandonment of fiscal rules as their reinforcement, via the interest rate mechanism. For example, Lagarde could propose that the ECB help member states refinance their debt, but only the part they were allowed to have according to the eurozones own rules thus, giving Rome a market-based disincentive to borrow excessively. Similarly, there are imaginative ways to create the common debt that Berlin detests but which is essential to the smooth operation of any monetary union for example, by insisting that the ECB borrows on its own account to roll over Italian, Spanish, German, etc, debt already purchased under Draghi.

Lagarde is certainly smart enough to grasp the necessity of such a feat and to pull it off if she puts her mind to it. The real question is whether she has the inclination to confront Berlin head-on, to the point of telling the German government that it is her way or, ultimately, the end of the euro and a chaotic return to the deutschmark. The omens, I am afraid, are not good.

During her IMF days in Washington, Lagarde often had to choose between policies that were to Berlins liking or in the funds interests. The clearest example was over the extending of Greeces insolvency by a lethal combination of more loans and more income-sapping austerity. While the IMFs staff were adamant that Greece needed an outright debt reduction, Lagarde repeatedly sided with Berlin. Forced to choose between Berlins favouritism and the interests of the institution she led, she unfailingly opted for the former. If she continues this behaviour after her Frankfurt move, her ECB career will prove inauspicious.

Yanis Varoufakis is the co-founder of DiEM25 (Democracy in Europe Movement). He is a former finance minister of Greece