Katie Porter isn’t part of ‘The Squad.’ But the freshman House Democrat is stirring up trouble for Trump 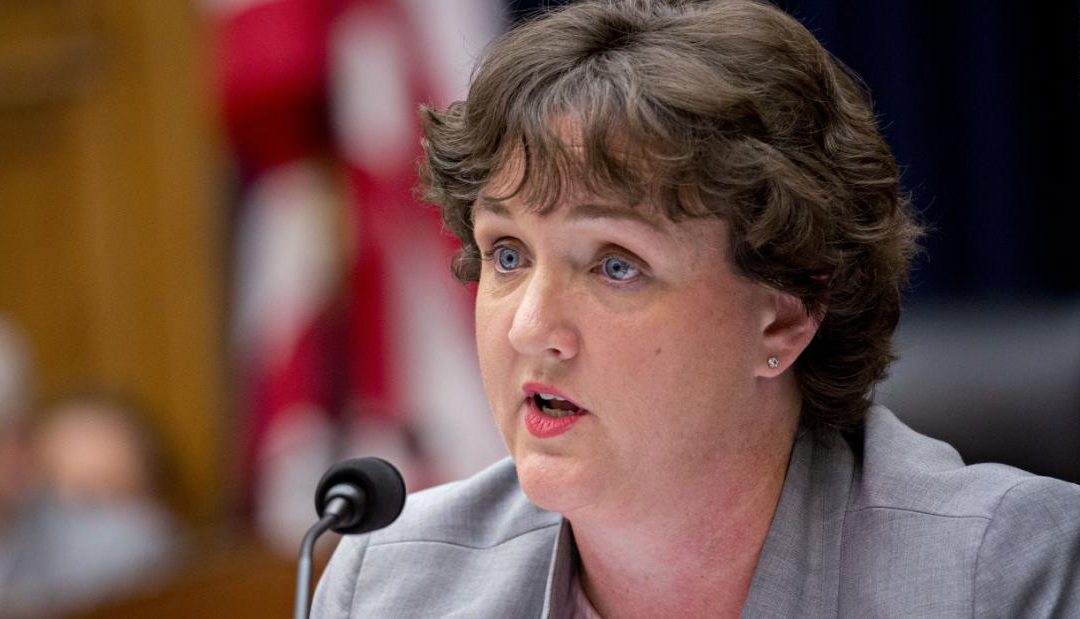 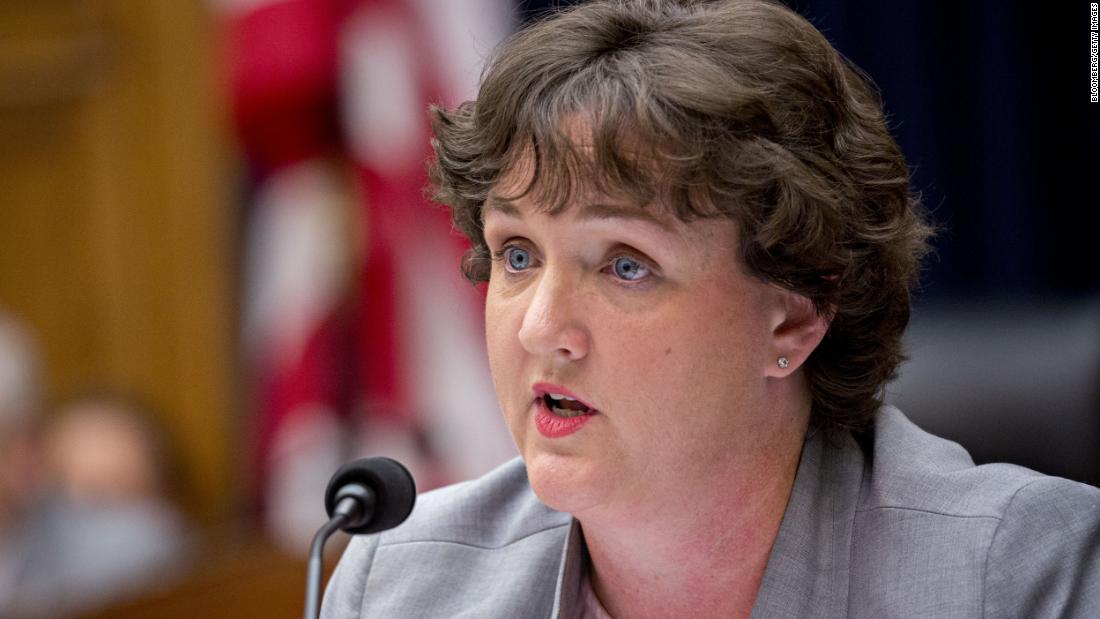 Washington (CNN)When Hillary Clinton lost the 2016 presidential election, a California law professor named Katie Porter — who had been expecting to join Clinton’s transition team to advise on housing policy — thought she would sit the next four years out of government.

Instead, she ran for Congress in 2018, winning a Republican seat and joining the “blue wave” of Democrats taking over the House.
Porter, 45, isn’t part of “The Squad” — the four-woman group of freshman progressives of color who were attacked this week by President Donald Trump. But she’s emerged as a viral star when it comes to how banks and the government treat the working poor and puncturing Trump’s claims about the economy.
She’s carving out a Warren-esque role for herself that’s included asking top officials do basic math under oath. 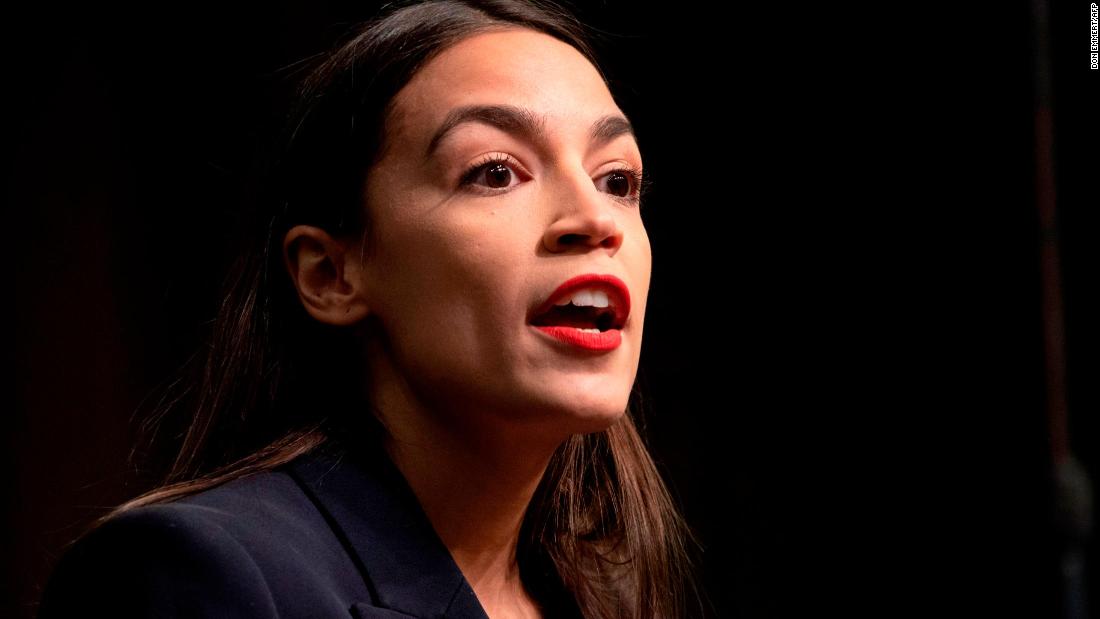 Her targets so far have included major Wall Street players like JPMorgan Chase CEO Jamie Dimon, Equifax CEO Mark Begor and now-former Wells Fargo CEO Tim Sloan.
“I remember saying to Elizabeth Warren — she called me a couple weeks after I got here — and talking to her and saying, ‘I don’t feel like I’ve found my voice,'” Porter told CNN in an interview this week in her Capitol Hill office. “And then a couple weeks after that she called me after Tim Sloan testified and retired and she was like, ‘You so found your voice!’ She was so happy.”
A spokeswoman for Warren didn’t respond for a request to comment. 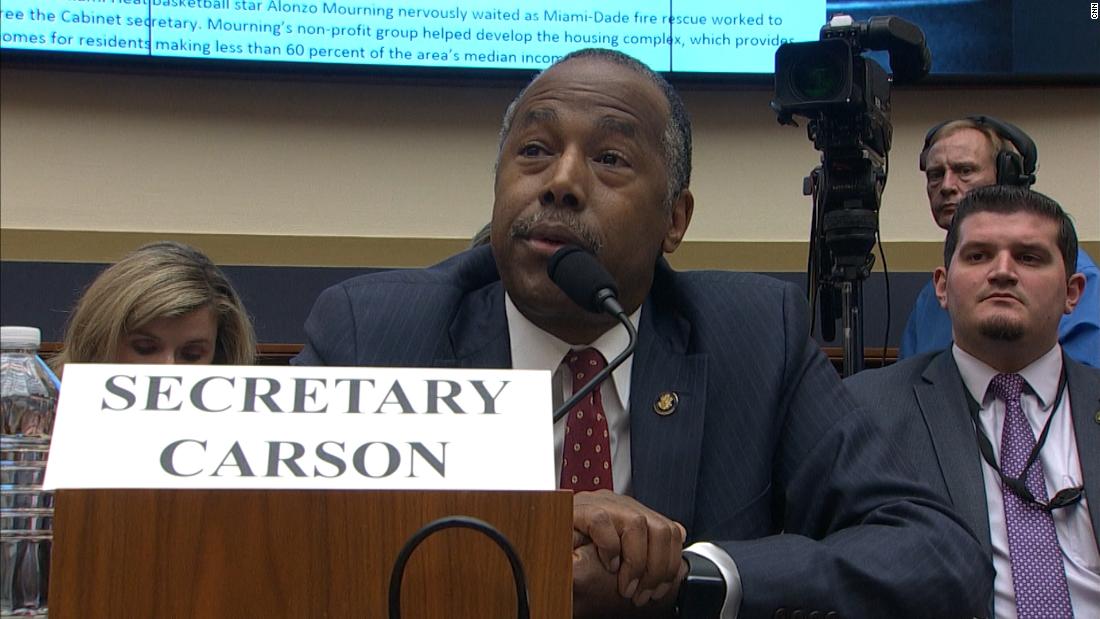 It was March when Porter grilled Sloan — who was already facing calls from Warren and others to step down — at a House Financial Services Committee hearing about Wells Fargo’s numerous scandals over fake accounts, inappropriate mortgage fees, and charging borrowers for auto insurance they didn’t need.
When it came her turn, Porter began by asking why the public should trust Sloan’s promises that Wells Fargo was changing its ways. Then, she ducked under the table to bring up a poster board printed with huge text, displaying what Wells Fargo attorneys had said in court.
“Why Mr. Sloan, if you don’t mind me asking, are your lawyers in federal court arguing that those exact statements I read are quote ‘paradigmatic examples of non-actionable corporate puffery, on which no reliable investor could rely,'” she asked.
“I don’t know why our lawyers are arguing that,” Sloan responded.
Porter kept going.
“It’s convenient for your lawyers to deflect blame in court, and say your rebranding campaign can be ignored as hyperbolic marketing, but when then you come to Congress, you want us to take you at your word,” she said. “And I think that’s the disconnect, that’s why the American public has trouble trusting Wells Fargo.”
Two weeks later, Wells Fargo announced Sloan was out.

‘This is not a math exercise’

Porter has targeted top Trump administration officials, too. She whipped out a copy of the text book she wrote, “Modern Consumer Law,” to quiz Consumer Financial Protection Bureau chief Kathy Kraninger. She then posed a hypothetical math problem: A single mom takes out a two-week $200 payday loan with an origination fee of $20, at a rate of 10%. What is the APR? One of Porter’s aides handed Kraninger a calculator. 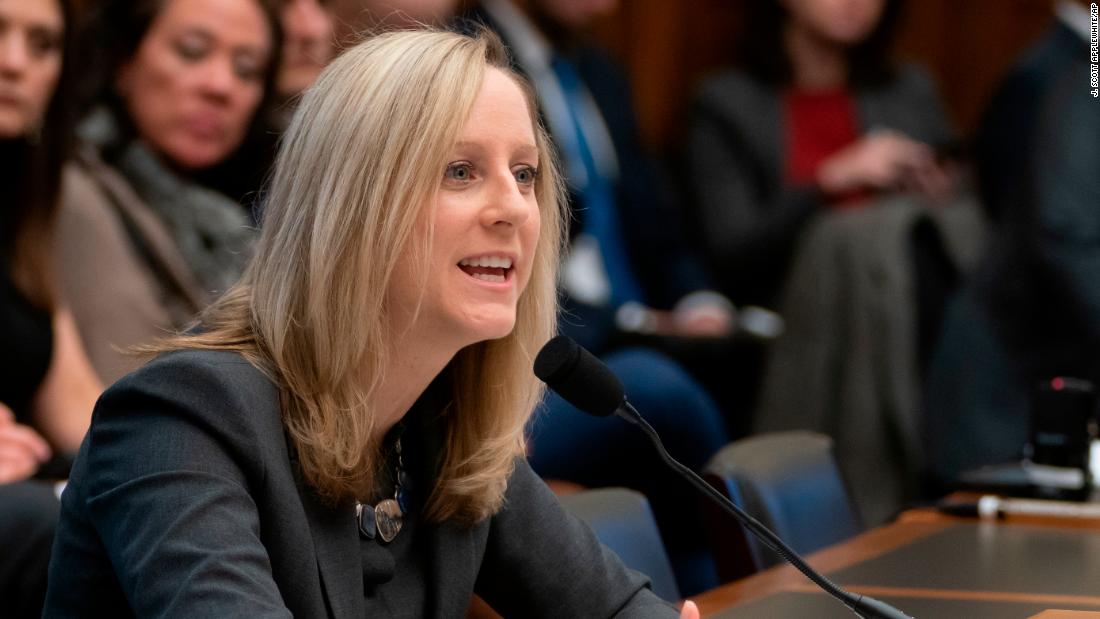 She didn’t do the math, even after Porter repeated the question, asking her to ballpark the calculation.
“I understand where you’re getting. At the end of the day, the issue is certainly: When you actually are able to repay that loan and whether or not you take out an additional loan,” Kraninger said.
“This is not a math exercise, though. This is a policy conversation,” she added.
This week, in her office, Porter said she hopes the video clip gets people thinking about the issue.
“Like, what does it mean that calculating the APR is so hard that the vast majority of us can’t do it? I guess it means that those disclosures that do it for you are pretty useful,” she said.
In June, Porter asked Housing and Urban Development Secretary Ben Carson why the Federal Housing Administration is “lousy at servicing mortgages.” When Carson said he had not had any discussions about that issue but that he would “look it up,” Porter pushed further, asking him to explain the rate of foreclosures among those with mortgages backed by his department. She used the term REO — which stands for real estate-owned, and refers to properties owned by a lender after an unsuccessful foreclosure — an acronym she didn’t expect to stump the head of the agency tasked with monitoring them.
“Do you know what an REO is?” Porter asked Carson.
Carson replied, “An Oreo?”
“No, not an Oreo,” Porter said. “An R-E-O. REO.”
Video of the exchange went viral and Carson attempted to laugh it off by sending the Congresswoman a box of the cookies.
Porter says her goal isn’t to highlight incompetence, but instead to make esoteric topics more accessible — like she did in the consumer finance law classes she taught at the University of California, Irvine.
“What I did as a professor is not that different than what I do in hearings,” Porter said this week.
An average voter might not be able to articulate their position on payday loans, she said, “but when you start talking about that hypothetical exchange I had with Kraninger, people began to engage.”
Like Warren, she believes that debates about protecting the ability to make a living, buy a home, and afford college are really conversations about the “heart and soul of America.”
Her back-and-forth with Dimon, she said, was meant to highlight the issue of CEO pay disparity. Porter ran through a hypothetical Chase bank employee’s budget, this time with a white board.
“She’s short $567, what would you suggest she do?” asked the bank CEO.
“I don’t know, I’d have to think about that,” Dimon said.
Whether or not the professor-turned-congresswoman can turn her unique way of questioning government officials and Wall Street executives into making real legislative change remains to be seen. A bicameral bill she brought forth with Democratic Sens. Warren, Sherrod Brown of Ohio, and Tom Udall of New Mexico would bolster the power of the Consumer Finance Protection Bureau so that it could oversee student loan servicers. Porter has also introduced legislation with Harris that would strengthen the power of state attorneys general to monitor banks.
So far none of these bills have major support from Republicans. But a bill she introduced that would raise the civil penalties assessed to security law violators was marked up by committee last week and a similar Senate bill is cosponsored by Iowa Republican Sen. Chuck Grassley. Two of her other bills — one on mental health and the other addressing homecare for seniors — have some support from across the aisle. 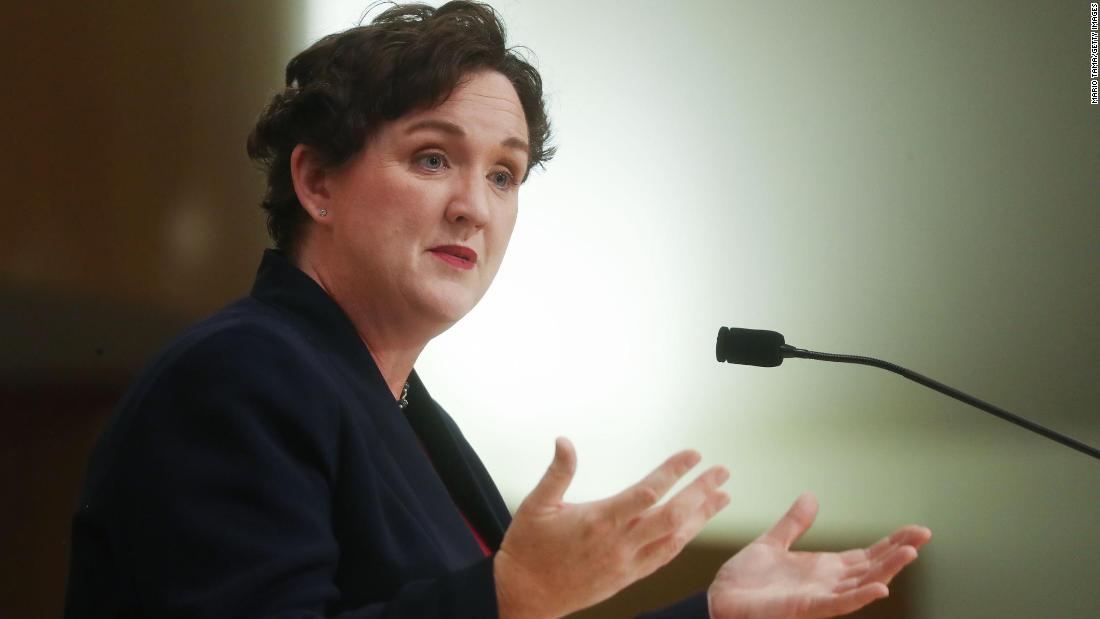 The Democrat could be vulnerable in her reelection bid. When she won in 2018, it was the first time her Southern California district had gone blue since its creation in 1983. That was in part because two-term incumbent Republican Mimi Walters was consistently voting in line with Trump in a district Clinton won by five percentage points.
But last month, Porter became one of the first Democrats who won Republican districts in 2018 to come out in support of impeaching Trump. The move seemed to win her some support. Her campaign brought in more than $1 million in the second quarter, out-fundraising many other vulnerable Democrats.
Porter said she is working to be a voice for families concerned about how they’re going to pay the bills, something she believes Trump’s candidacy also tapped into.
“The financial instability and sometimes insecurity that families feel, deeply motivates how they respond politically,” Porter said last week.
“I think one thing he (Trump) played into was fear about ‘Am I going to be able to make ends meet, and is there going be a job for my kids?’ Those are real concerns, and as a mom I have them, too.”