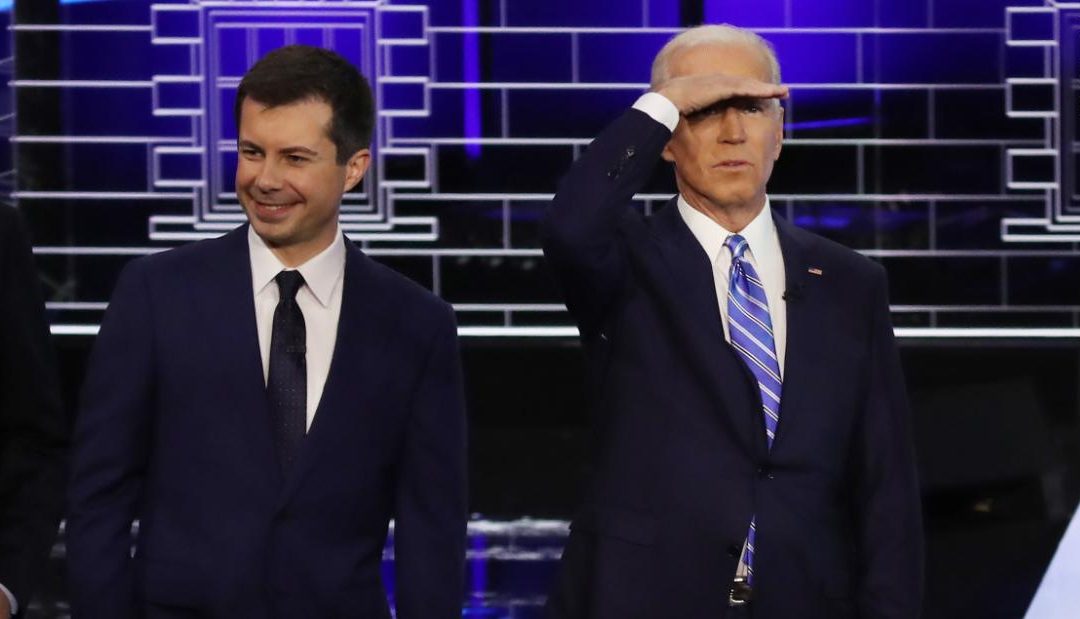 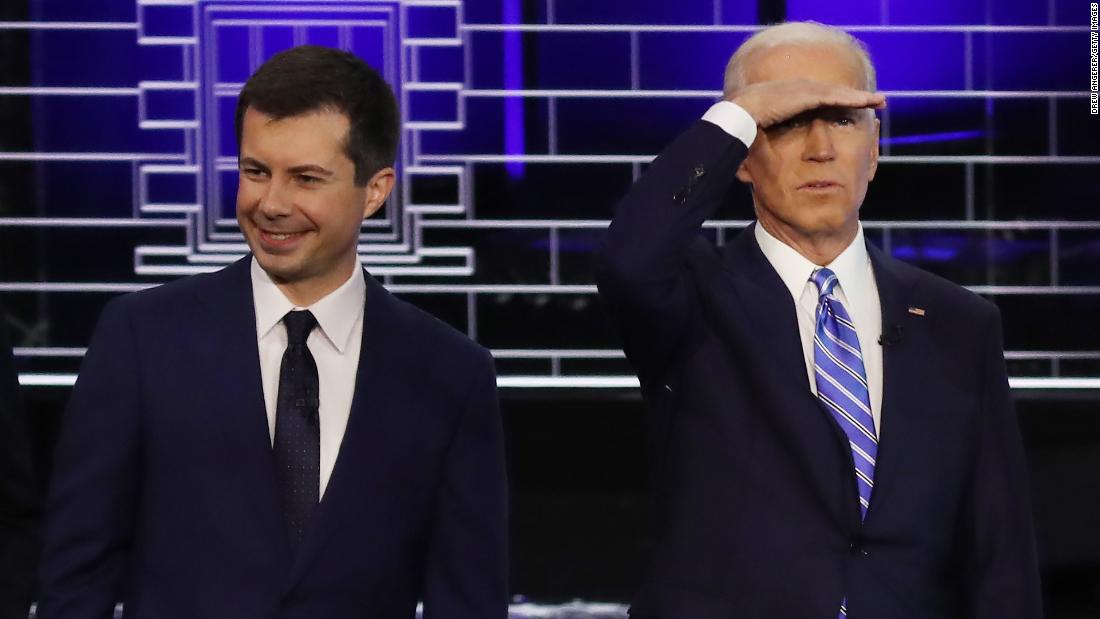 In interviews this week, several Obama bundlers said the 37-year-old Buttigieg has energized a wide range of political donors.
Bryan Rafanelli, a Boston-based event planner who raised money for both Obama and Hillary Clinton, said he decided to “speed date” a few candidates before quickly settling on Buttigieg. He’s already hosted four events for the mayor, and the first sold out so quickly that organizers had to add a 55-person lunch with only donors who gave the $2,800 maximum contribution for the primary, he said.
“There is no question that people in the Clinton and Obama worlds started to connect and say, ‘Who is this guy?’ And ask, ‘Why is he so special?’ ” Rafanelli said about the early buzz around Buttigieg.
“Look, I have maxed out to Joe Biden, I love Joe,” he added. “But this excitement of getting people invested in someone running for president, to me, it is priceless. Whether Pete goes all the way or not, I think that is part of it. We are hungry for a solution. So, people are willing to say, ‘I am going to try this.'”
The CNN analysis looked at donations of at least $500 to Democratic presidential contenders during the second quarter from the individuals who raised at least $500,000 for Obama’s second White House campaign in 2012. The nonpartisan Center for Responsive Politics maintains records of past presidential bundlers.
Biden drew the most contributions: At least 89 of the more than 270 people who formed the top tier of Obama bundlers in the 2012 election donated to his vice president in the second quarter of this year. But Buttigieg, California Sen. Kamala Harris and New Jersey Sen. Cory Booker also scored donations from at least two dozen of those fundraisers.

At least 56 of the elite Obama bundlers spread their money among multiple Democratic contenders during the second quarter, underscoring the still-unsettled nature of the primary contest a little more than six months before the Iowa caucuses.
The multiple givers include a “who’s who” of Democratic heavy-hitters. For instance, Hollywood film executive Jeffrey Katzenberg donated to at least 11 White House contenders in the second quarter, the analysis of Federal Election Commission records shows.
Mitchell Berger, a veteran Democratic fundraiser and lawyer in Fort Lauderdale, Florida, contributed to the campaigns of six presidential contenders in the second quarter alone: Biden, Booker, Harris, Montana Gov. Steve Bullock, Minnesota Sen. Amy Klobuchar and Ohio Rep. Tim Ryan.
He said he wants to promote the voices of “center-left candidates” and “with this many people in the race, I’m hoping that one of them will emerge.”
He hasn’t stopped writing checks, either.
Berger said he recently donated to billionaire Tom Steyer, a longtime friend. (Steyer, who plans to spend at least $100 million of his own money on his White House bid, doesn’t need donors’ money to finance his campaign. But he will need to show support from at least 130,000 unique contributors and register at least 2% in four polls to qualify for the September and October debate stages.)
And Berger said he also plans to open his wallet to Buttigieg: “He certainly deserves to be part of the conversation.”
South Carolina attorney Dick Harpootlian, an Obama bundler and a stalwart Biden supporter, said many Democratic fundraisers see a lot to like in Buttigieg.
But he said he doubts the mayor can gain traction in the Palmetto State, home to the first-in-the South primary. Buttigieg registered just 2% support in a recent Fox News poll of Democratic primary voters in the state. Biden was at 35%.
“I think a lot of folks are wanting to make sure that he feels love at this point from a number of different people around the country,” Harpootlian said of early bundler support for Buttigieg.
“I think he’s got a hell of a future,” he added. “I just don’t think it’s in 2020.”
Even some of Buttigieg’s top bundlers are skeptical of his staying power on the donor scene.
“He has kind of the in crowd right now,” said a donor who asked for anonymity to speak candidly. “The in crowd that go to the hot restaurants, that are at the openings, he has the political equivalent to that.”
The donor compared getting a meeting with Buttigieg or hosting an event for him to “getting a reservation at the best restaurant opening.”
“It is not about, ‘I want to line myself up so I can get a G7 country because I am early like with Obama,’ ” the donor said, referring to ambassadorships presidents give to big donors. “It is bragging rights. It’s [being able to tell friends] that I’ve met him.”

Buttigieg has defended his campaign’s courting of elite donors, noting his calendar includes small-dollar events, where ticket prices start as low as $15.
“We’re trying to reach everybody at every different level,” Buttigieg said during a recent interview on CNN with David Axelrod.
Buttigieg’s campaign is fueled by a mix of small and large contributors. In addition to help from big bundlers, he pulls in a healthy number of small donors: 44% of campaign funds during the April-to-June quarter came from people who donated $200 or less. He entered July with the $22.7 million remaining in his bank account, a cash reserve topped only by Vermont Sen. Bernie Sanders. (Sanders had $27.3 million remaining in his account, boosted by leftover funds Sanders transferred from earlier political campaigns.)
Buttigieg’s ability to tap into long-established Democratic donor circles has allowed him to build a campaign that can be sustained in the long term, said Ami Copeland, a former deputy finance director in Obama’s campaign.
“He’s in a position to almost fund his campaign to the end if he needs to,” Copeland said. “He’s bought himself longevity.”

Buttigieg has used the money to buy himself a big staff.
The mayor’s once-tiny operation now has more than 250 staffers, according to his campaign, a significant boost for a candidate who launched his presidential exploratory committee with four staffers.
Months after that soft launch, he has 57 people in Iowa, 39 people in New Hampshire, 13 people in Nevada and 26 people in South Carolina, the Buttigieg aide said. By the end of the third fundraising quarter, Buttigieg plans to have more than 90 people in Iowa, more than 60 in New Hampshire, 30 in Nevada and South Carolina and 20 in California, the aide added.
The growth has been fast, too. Buttigieg only surpassed 100 staffers on the payroll in mid-June.
This week, he hired veteran Democratic operative Jess O’Connell to serve as a senior adviser to his campaign. O’Connell was the former CEO of the Democratic National Committee and a former executive director of EMILY’s List.

Buttigieg has spent considerable time raising money at top-dollar, in-person fundraisers over the last three months.
He headlined more than 70 in-person fundraisers the quarter, including over a dozen large “grassroots” events that blend the size of a large campaign rally with the cash generation power of a fundraiser, an aide told CNN. Chasten Buttigieg, the mayor’s husband, has also become a draw on the fundraising circuit and has headlined a handful of events himself, too.
Getting to and from those events has been expensive.
The Buttigieg campaign, according to their second quarter report with the Federal Election Commission, spent $289,497 on private plane travel, the most of any candidate. Biden was second with $256,798.
Buttigieg aides noted that a third of the candidate’s second quarter travel was on private planes, but they argued the mayor only flew private when it was essential to get from events, especially when flying out of South Bend’s small airport. But because Buttigieg stacked his calendar with in-person fundraisers, private planes were needed more often.
John Atkinson, a Chicago insurance executive and Obama bundler who backs Buttigieg, said the face time with donors has paid off.
“When Pete Buttigieg gets in front of people and they see him and evaluate him, he wins them over,” he said. “Every candidate has been spending time on fundraising; his events have been the most successful.”