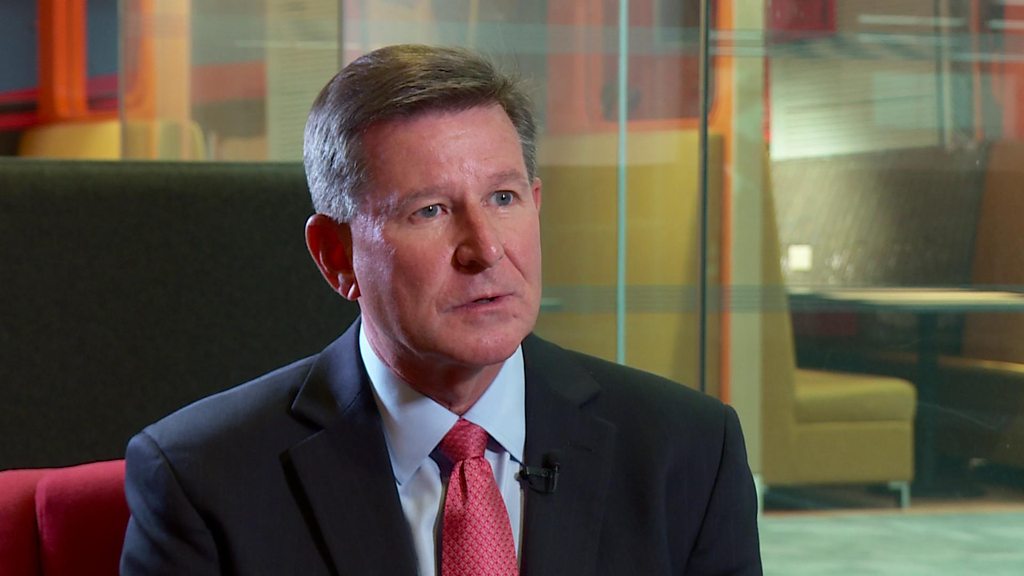 A senior Whirlpool executive has apologised to customers affected by the saga of dangerous tumble dryers sold for 11 years in the UK.

Whirlpool is now launching a full recall of any remaining fire-prone dryers, nearly four years after first alerting people to the safety issue.

Speaking to the BBC, its vice-president Jeff Noel defended a decision not to recall dryers when the fault emerged.

Many cases had been dealt with “faster and sooner” by a safety fix, he said.

Engineers have been adding a fix to machines, but Mr Noel accepted that “expanded” efforts now needed to be made, adding that “we apologise for putting our customers through hardship”.

What should owners do now?

More than five million affected machines were sold in the UK, under the Hotpoint, Indesit, Creda, Swan and Proline brands, between April 2004 and September 2015.

Anyone who thinks they bought one should call 0800 151 0905 or visit a dedicated website, being set up on Monday, to check if their dryer is affected. If it is on the recall list, they should stop using it and unplug it immediately.

They can then choose:

There are no plans for any extra measures for those machines which have already been modified, despite cases of some of them catching fire after they had been fixed.

‘Our home burnt down’

Graeme and Sue Garnham’s Guildford council home was gutted by fire while they were waiting for an engineer to modify their defective dryer.

“I was stood there in my bare feet, at the bottom of the alleyway, watching it all go up. The windows were popping out,” Mr Garnham said. “I just couldn’t talk.”

His wife said: “Thirty years of memories were gone. We don’t have any photos of our wedding anymore.”

Mrs Garnham, a healthcare assistant, and her husband, a cleaner, have been re-housed, but had to rely on the generosity of family and friends to replace damaged belongings.

“We had kept on saying we have got to get insurance, but we did not have the money,” Mrs Garnham said.

They have heard nothing from Whirlpool, but Mr Noel told the BBC: “My heart goes out to them. This is not the way I would have wanted to be treated.”

What was the issue?

A fault in Whirlpool machines was blamed for at least 750 fires over an 11-year period, the government has said.

Whirlpool said it had logged 54 fires caused by fluff dropping from a collector by the drum onto the heating element in its tumble dryers in recent years.

Three of the fires were in machines that had been modified.

It argued that two official reviews, including one by the Office of Product Safety and Standards, had found the modification to be effective.

Although more than five million were sold, the company said the majority would have fallen out of use. It said it had resolved 1.7 million cases – a greater success rate than most recalls – and estimated that 500,000 affected dryers could still be in use. When pressed by MPs, it said some estimates had suggested as many as 800,000 remained in homes.

The recall, demanded by the government in an unprecedented move, came after nearly four years of the modification programme.

The official launch of the recall would be supported by a £1m advertising campaign aimed at raising awareness for remaining owners, the company said.

Was this an inherited problem?

The safety concerns emerged after Whirlpool bought Italian white goods giant Indesit, which had manufactured the products, in 2014. Mr Noel said the company had conducted all the appropriate checks before buying Indesit, and had “done the right thing” by voluntarily alerting authorities to the safety problem which became clear after the acquisition.

“We bought the company [Indesit]. We own the company. The customers are ours and our responsibility,” he said.

He said that the company had to accept the resulting scrutiny, and had learned lessons along the way.

Consumer groups said that Whirlpool’s ability to deal with the problem had been found wanting.

“Whirlpool has failed to trace hundreds of thousands of fire-risk tumble dryers that could still be in people’s homes almost four years after this fault was first discovered, so we have serious doubts about the company’s ability to get these machines out of circulation now,” said Caroline Normand, from consumers’ association Which?.

It said the recall had only resulted from the threat of government action, and that ministers should keep the company and its campaign under scrutiny.