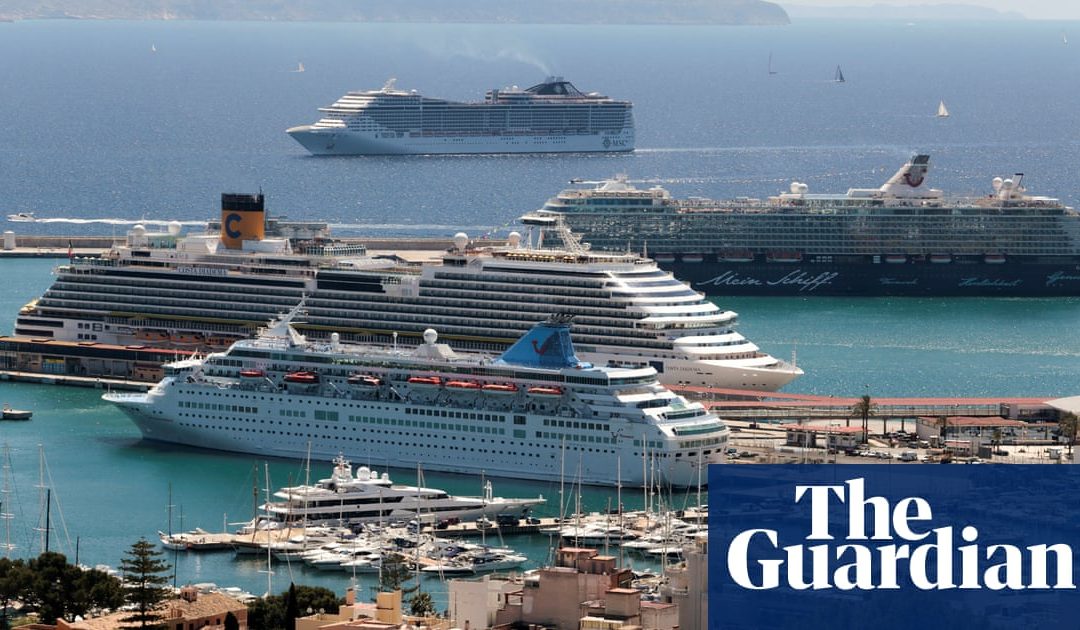 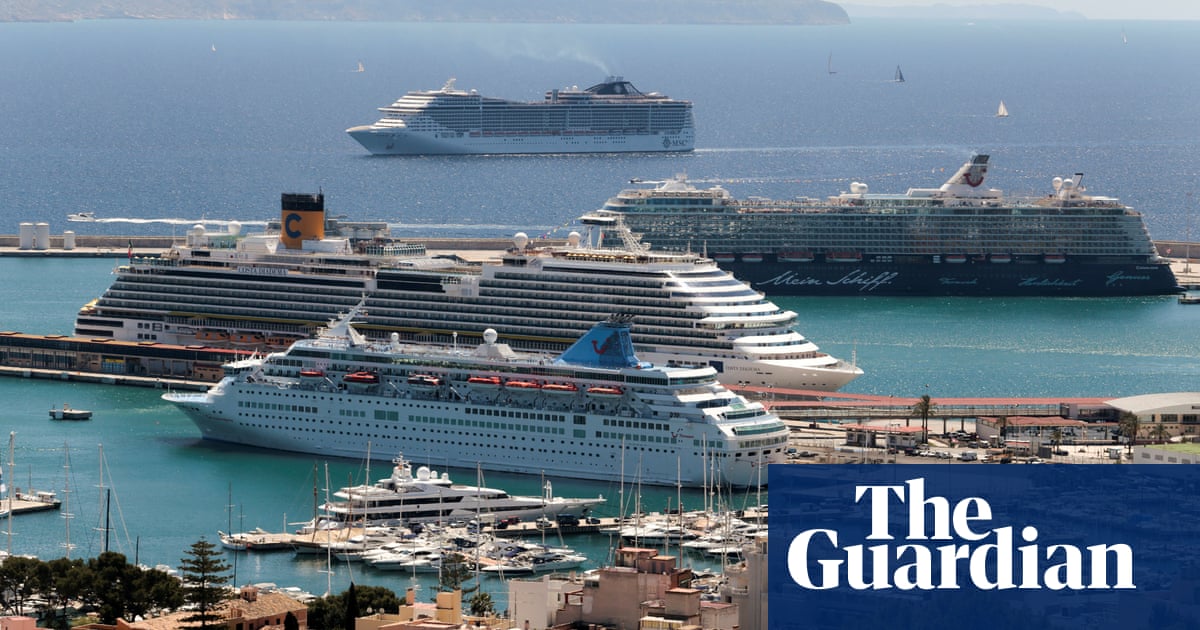 More than 10,000 people have signed a petition calling for a limit of one cruise ship a day docking in Palma de Mallorca.

About 500 giant cruise ships dock in the city on the south coast of the popular holiday destination of Mallorca each year, disgorging 2 million passengers.

The manifesto calling for curbs on the ships, which has already been signed by more than 30 organisations and 11,000 islanders, will be presented at a conference in Palma on Friday. It calls for a limit of one cruise ship with a maximum of 4,000 passengers disembarking on any given day.

At present, there are often five and even as many as eight moored in the port, with some 15,000 passengers on board.

The manifesto drawn up by a group of more than 30 NGOs, residents associations and community groups asserts that mega cruise ship tourism has increased in a way that is unsustainable and undesirable for our city, leading to serious environmental impact and increasing social protest.

In a recent report compiled by Transport & Environment, a European NGO, Palma was second only to Barcelona among European ports most polluted by cruise ships.

The manifesto goes on to say that a cruise ship moored in the port produces 200 times more airborne pollution than a motorway. The ships also discharge grey water from swimming pools and laundries a mere four miles off the coast. Oil slicks from sunblock in swimming pools have also been shown to be harmful to marine life.

Marta Ferriol, coordinator of the NGO Tramuntana XXI, one of the organisations backing the manifesto, says: As an island we have limited resources and these ships are like floating cities that discharge their waste in our waters.

The problem is cruise ship tourists arrive all at once and they saturate the historic part of the city, says Ferriol. They dont spend money in the city. Weve recently seen a report from Venice that says this type of tourism brings few benefits to residents.

Jaume Garau of Palma XXI, another signatory of the manifesto, believes that what lies behind the move is the election of a more progressive government in Mallorca and a growing awareness of the need to combat climate change.

There is now a common project to manage tourism better in the environmental context and we have political parties who are showing an interest in bringing about this change, he says.

Neus Truyol, the Palma councillor for sustainability and urban issues, said: Just as we have taken measures to limit tourist apartments and hotels, now its the turn of the cruise ships.

However, she added that any restrictions agreed were unlikely to come into force before 2022 as contracts had already been signed by the port of Palma and the cruise companies. She added that it would still be possible to introduce measures to limit the impact on Palmas historic centre.

Not everyone is opposed to the ships. A group of 10 organisations representing tourism bodies, taxi drivers and restaurants say the cruise ships should not be demonised.

They point to a recent port authority report that claims cruises bring 256m (228m) to the island and support 5,000 jobs.

Nearly half of Mallorcas 900,000 residents live in Palma. The island received around 10 million tourists in 2018.

Controversy over cruise ships is not limited to Palma. In Venice last month a huge ship crashed into a wharf and a tourist boat, leading to renewed calls to ban or limit their presence in the city.