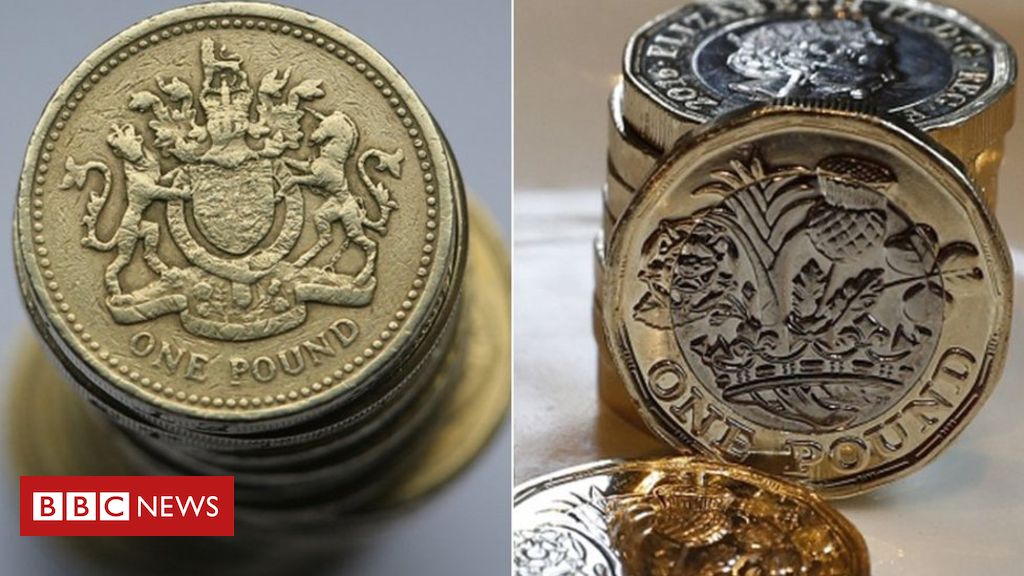 Twenty four million old-style £1 coins have been returned to the Royal Mint over the last year.

But that still leaves 145 million outstanding – even though people have been unable to spend them in shops since October 2017.

The round £1 coin was replaced by the 12-sided version to help crack down on counterfeiting.

According to the Royal Mint, the round £1 coin can still be deposited at most high-street banks.

The new £1 coin was introduced on 28 March 2017, with one in 30 of the old version estimated to be fake according to the Royal Mint, a company wholly owned by the UK Treasury.

There were about 1.7 billion round £1 coins in circulation at the start of the six-month transition period in March 2017.

A Royal Mint official said: “Our communications campaign encouraged the return of old £1 coins when legal tender was removed.

“The small proportion of coins not returned can continue to be deposited into a customer’s account at most high street banks in the UK.”

They added: “We expect there to be some returns for a number of years to come as people find these coins.”

Millions of the round £1 coins have been melted down to help create some of the new ones at the Royal Mint, based in Llantrisant near Cardiff.

The new coin is described by the Mint as the most “secure in the world” and has a string of anti-counterfeiting details, including a hologram, and micro-sized lettering inside both rims.

It also has material inside which can be detected when electronically scanned by coin-counting or payment machines.

The last 10 demonetised coins were:

Pre-decimal coins, such as the florin and the shilling, which were not demonetised until the 1990s, had effectively ceased to circulate long before then.

Earlier this year, the Treasury confirmed that it would keep all the current denominations of coins.

An independent review of cash published in March suggested that banknotes and coins were a necessity for eight million people.