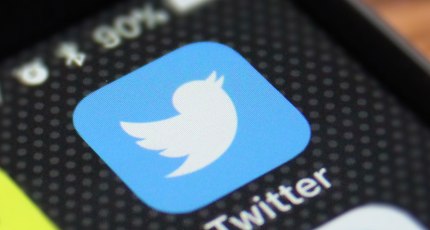 Two days after Facebook reported growing numbers (even amid its regulatory turmoil), its social media counterpart Twitter today announced its Q2 results. The company made $841 million in overall revenues, up 18% on a year ago; with EPS and net income respectively at $1.43 and $1.1 billion, a huge bump due to a “significant income tax benefit” related to the establishment of a deferred tax asset for corporate structuring for certain geographies, Twitter said.

Without that, non-GAAP diluted EPS was $0.20 on non-GAAP adjusted net income of $156 million.

Monetizable Daily Active Users — Twitter’s new, preferred audience metric — is now at 139 million, which Twitter says is up 14% on a year ago.

The figures beat on revenues and edged out estimates for EPS: Analysts were expecting earnings per share of around $0.19 on revenues of just over $829 million for the quarter. A year ago, Twitter posted an EPS of $0.17 on sales of $710.5 million, and last quarter, the company handily beat analyst expectations on sales of $787 million and diluted EPS of $0.25.

GAAP operating income for the quarter was $76 million, down from $80 million a year ago.

Meanwhile, advertising continues to be the most important revenue stream for the company (one reason why mDAUs is now its preferred metric, too). It made $727 million in advertising revenues in Q2, up 21% on a year ago. Twitter noted that video ad formats “continued to show strength,” singling out its Video Website Card, In-Stream Video Ads and First View ads. Data licensing, the other component of Twitter’s business model, was $114 million, up just 4%.

One of the more notable figures in this latest report is a new metric called “monetizable daily active users,” which Twitter has introduced to replace monthly and daily active users; mDAUs is based on Twitter users who logged in or were “otherwise authenticated and accessed Twitter on any given day through twitter.com or Twitter applications that are able to show ads,” according to the company.

The advertising aspect is the key part: Twitter’s previous metrics, the more established MAU and DAU figures that other companies typically provide, did not distinguish which users were served ads, and which were not.

Twitter’s argument has been that MAUs and DAUs are not a great picture of the company’s business prospects because of that fact, and so it announced some time ago that it would stop reporting these figures, moving instead to mDAUs.

Be that as it may, it’s notable that the MAU figure had been a problematic one for Twitter: in the last quarter, the company’s MAUs were 330 million, a drop of 6 million users compared to a year ago, and people had been using the generally sluggish growth (and sometimes decline) of those numbers to underscore the contention that Twitter had a growth problem.

Moving to mDAUs is a way for Twitter to de-emphasize that view and to put a spotlight on more encouraging numbers: those that show Twitter is increasing its advertising base. Nevertheless, Twitter acknowledges that it’s not standard, and so harder to use as comparable against anything other than Twitter itself. “Our calculation of mDAU is not based on any standardized industry methodology and is not necessarily calculated in the same manner or comparable to similarly titled measures presented by other companies,” it noted in a recent letter to shareholders.

The company is still relatively young, and continues to tinker and make changes — some big, some small — to both its back end and user interface. Some have been made to address some of the larger issues that people have been (often critically) vocal about, such as coping with harassment or making the site more user-friendly for power-Tweeters, new adopters and everyone in between. Others are to continue building Twitter as a business, which means making it more advertising and media-partner friendly.

Not all the changes are always positive. There’s been a fair amount of backlash over the company’s new desktop design, which it introduced this month and features a much wider section of the page dedicated to the main news feed. I’m guessing this is in part to lay the groundwork for featuring larger media files, which should help it continue growing revenues in those areas. Indeed, this week Twitter announced a deal to stream Olympics coverage, likely helped by showing NBC that it is making efforts to make the experience a more pleasing one for Twitter users, but it’s not all about entertainment: the larger news feed will also help Twitter sell more advertising, too. It will be interesting to see how and if it proves to be a headwind in future quarters.

Updated with EPS figures based on non-GAAP diluted net income provided by Twitter in a separate note to TechCrunch (figures that it, frustratingly, didn’t publish in the actual shareholders’ letter).