Superyachts and bad art: how Mykonos became the party island of the super-rich 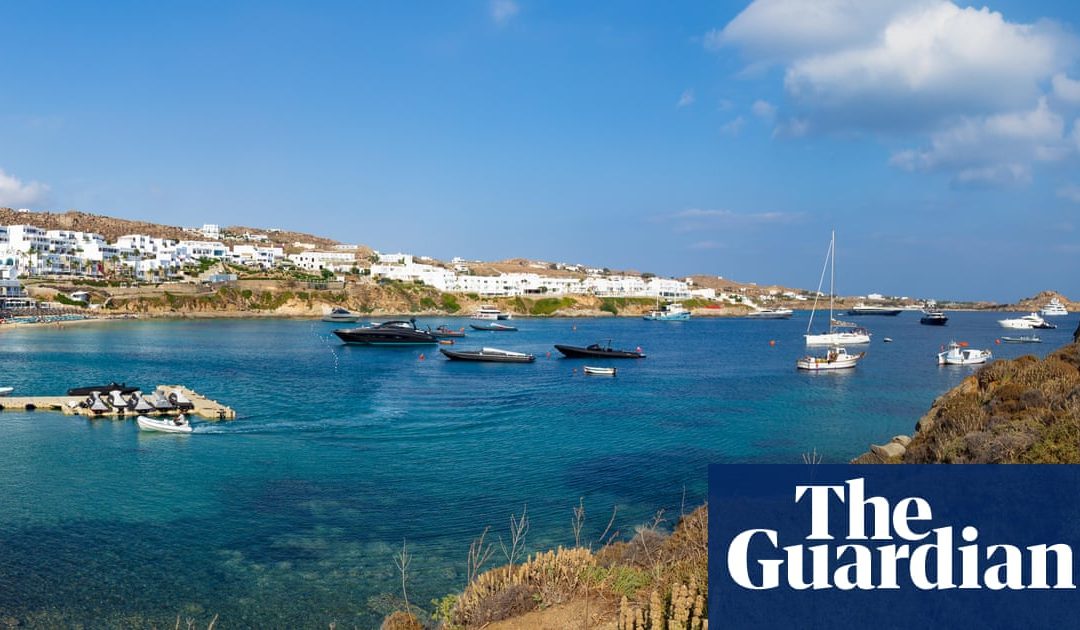 The Greek island has long attracted a glamorous clique, but the influx of billionaires has transformed it into a haven of absurd luxury 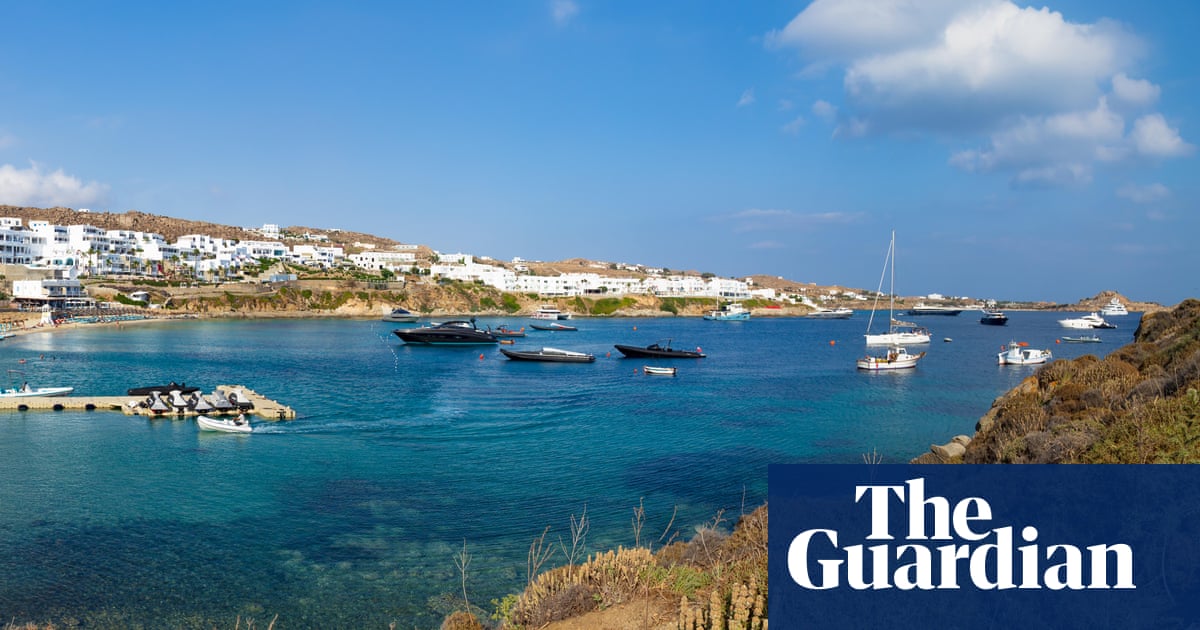 Theres nowhere to buy a bucket and spade, but you can pick up a 10,000 (9,000) Gucci clutch handbag or a 250,000 piece of graffiti art. This strip of sand, on the south-west coast of the Greek island of Mykonos, is no ordinary beach.

Ha ha, no, says Anna, a smartly dressed hostess welcoming guests to Nammos beach club, when I pop by to ask if there is anywhere to buy a lilo or other traditional seaside paraphernalia. Our clients arent usually those sorts of people.

Nammos is a destination of choice for some of the worlds wealthiest and most famous people from Kate Moss, Lindsay Lohan and Ariana Grande to Philip Green, Wayne Rooney and Usain Bolt. Their spending has upended the local community, transforming it from a fishing village into Kings Road-on-Sea.

Anna says that, unfortunately, I cant stop in for dinner, as bookings are required weeks in advance. Its probably for the best, as a plate of sea bass sashimi would have set me back 200. An attempt to have a beer at the bar where, without exception, all the customers, young and old, are dancing on the tables to thumping R&B is thwarted by a team of six security guards in black polo shirts and shorts.

George, one of the guards, explains that only those who have booked a table are allowed to join the party. Its like a normal restaurant until 6pm, he says. Then the party starts, every night. People spend huge amounts 50,000 to 100,000 isnt unusual.

Thats more than George, who is from Athens and is on Mykonos for the summer, sharing a small apartment with five other seasonal workers, will make in 10 seasons. Georges job is to prevent anyone who hasnt shelled out from joining the party, and to keep those enjoying themselves from unwanted attention. But attracting attention and flaunting your wealth appears to be one of the main reasons to visit Nammos, which sits on Psarou Bay, a 15-minute drive south of Mykonos town.

Tonight, George is guarding the table of Australian YouTube influencer Shani Grimmond, whose 1.4 million followers are frequently treated to shots of her in swimwear in exactly this sort of location. On her table, adjacent to the one she is dancing on, are 34 bottles of Veuve Clicquot champagne. Each bottle of VC, as the clientele refer to it, costs 1,000. Grimmond declines to speak to me.

In 2017, the one-time-billionaire Green was caught on Instagram at Nammos smashing plates and spraying champagne with the property tycoon Robert Tchenguiz, the Kardashian matriarch Kris Jenner and the US designer Tommy Hilfiger. Greens Nammos partying came soon after BHS, the department store he sold to a former bankrupt for 1, collapsed with the loss of 11,000 jobs.