Why Big Banks Could Soon Jump on the Quantum Bandwagon 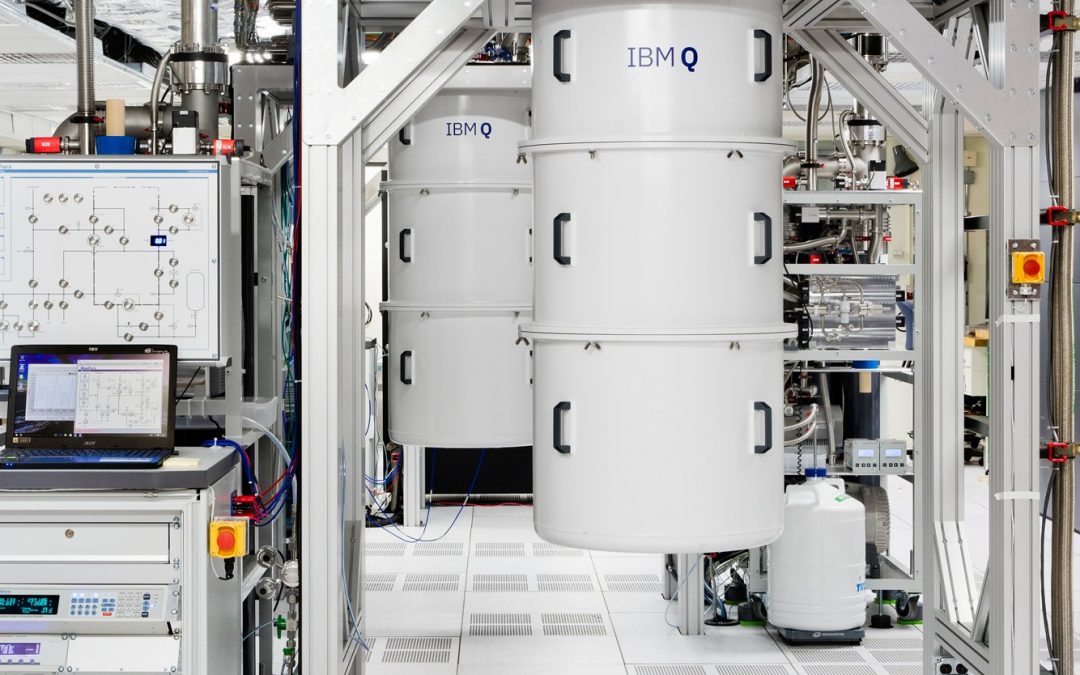 In the time it takes you to read this sentence, investment banks, hedge funds, and other investors around the world will have traded about $80 million in stocks.

That adds up to more than $200 billion per day, or nearly $70 trillion total last year, according to the World Bank. “These are huge, enormous amounts of money,” says mathematician Cornelis Oosterlee of Centrum Wiskunde & Informatica, a national research institute in the Netherlands. “Some single trades involve numbers that are scary to imagine”—part of a company’s pension fund, say, or a university endowment.

With great stacks of cash comes great responsibility. To satisfy government regulations and hedge their own losses, financial institutions devote substantial resources to predicting how much their assets will be worth in the future. “It’s not gambling,” says Oosterlee, who, as an academic, has worked with both banks and their regulators. “That’s a common misconception. If financial institutions were gambling, they would not make so much profit.”

In fact, the predictions are pretty scientific, not unlike weather models. They are rooted in historical trends and attempt to account for events that cause large fluctuations in prices, such as a recession or a major change in interest rates. If an analyst finds that a portfolio has a high likelihood of plummeting, they can pad the portfolio with less risky investments.

The calculations are expensive to run, requiring either an in-house supercomputer or a big chunk of cloud computing time. That’s why some experts are looking to a much-hyped technology to lower costs and cut down on processing times: quantum computing. From Google on down to smaller startups, developers are working on machines that could one day beat conventional computers at various tasks, such as classifying data through machine learning and inventing new drugs—and running complex financial calculations. In a step toward delivering on that promise, researchers affiliated with IBM and J.P. Morgan have recently figured out how to run a simplified risk calculation on an actual quantum computer.

Using one of IBM’s machines, located in Yorktown Heights, New York, the researchers demonstrated they could simulate the future value of a financial product called an option. An option is a contract that gives someone the right to buy or sell an asset at a guaranteed price by a certain deadline. For example, say you buy an option to sell a stock at $10 per share at the end of the month. If a share is worth more than $10 then, you can simply let the option expire, losing only the relatively small amount you spent buying it. If it’s worth less, you can still sell it for $10, the guaranteed price. Traders often use options as insurance against a dip in the market. “They lower your risk,” says mathematician Elisabeth Larsson of Uppsala University in Sweden, who was not involved with the IBM work.

Currently, many banks use what’s called the Monte Carlo method to simulate prices of all sorts of financial instruments, including options. In essence, the Monte Carlo method models the future as a series of forks in the road. A company might go under; it might not. President Trump might start a trade war; he might not. An analyst estimates the likelihood of such scenarios, then generates millions of alternate futures at random. To predict the value of a financial asset, they use a weighted average of these millions of outcomes.

Quantum computers are particularly well suited to this sort of probabilistic calculation, says Stefan Woerner, who led the IBM team. Classical computers—the kind most of us use—are designed to manipulate bits. Bits are binary, which means they must have a value of either 0 or 1. Quantum computers, on the other hand, manipulate qubits, which represent an in-between state. A qubit is like a coin flipping in the air—neither heads nor tails, neither 0 nor 1, but some probability of being one or the other. And because a qubit has unpredictability built in, it may be a natural tool for simulating an uncertain future.

Probabilistic simulations are useful beyond finance. Meteorologists use the Monte Carlo method to make some types of weather forecasts. Physicists use it to predict the likelihood of a neutron decaying into a proton in a radioactive material. Radiation oncologists use it to plan cancer treatments. (In order to ensure that enough X-rays or gamma rays reach a patient’s tumor, they model the likelihood that healthy tissue will absorb some percentage of the rays before they hit their target.)

Woerner and his colleagues ran their Monte Carlo calculations using three of the 20 qubits available on their machine. The experiment was too simplistic to be useful for banks, but it’s a promising proof of concept; once bigger and smoother-running quantum computers are available, the researchers say, they hope to execute the algorithm faster than conventional machines.

But this theoretical advantage is still, well, theoretical. Larsson and Oosterlee, who do not work with quantum computers, remain skeptical about the promised speedup. Existing machines are still too error-ridden to compute consistently, Oosterlee points out. In addition, financial institutions already have a lot of computing power at their fingertips, says Larsson. They often run calculations on chips called graphics processing units, which can execute many calculations in parallel. A quantum computer might well be faster than an individual chip, she says, but it’s unclear whether it could beat a fleet of state-of-the-art GPUs in a supercomputer.

Still, it’s noteworthy that the IBM team was able to implement the algorithm on actual hardware, says mathematician Ashley Montanaro of the University of Bristol in the UK, who was not involved with the work. Academics first developed the mathematical proofs behind this quantum computing algorithm in 2000, but it remained a theoretical curiosity for years, he says. Woerner’s group took a 19-year-old recipe and finally figured out how to prepare it.

Now they’re working to improve their algorithm by using more qubits. They may run into hardware limitations along the way, Woerner says. The most powerful quantum computers today have fewer than 200 qubits, and he anticipates that it may take thousands to beat conventional methods for real.

But demonstrations like Woerner’s, even with their limited scope, are useful in that they “apply quantum computers to problems people actually care about,” says Montanaro. As these machines show that they can reliably execute simple tasks, maybe their proponents won’t need to overhype the technology anymore. They’ll finally have real results to back up their claims.