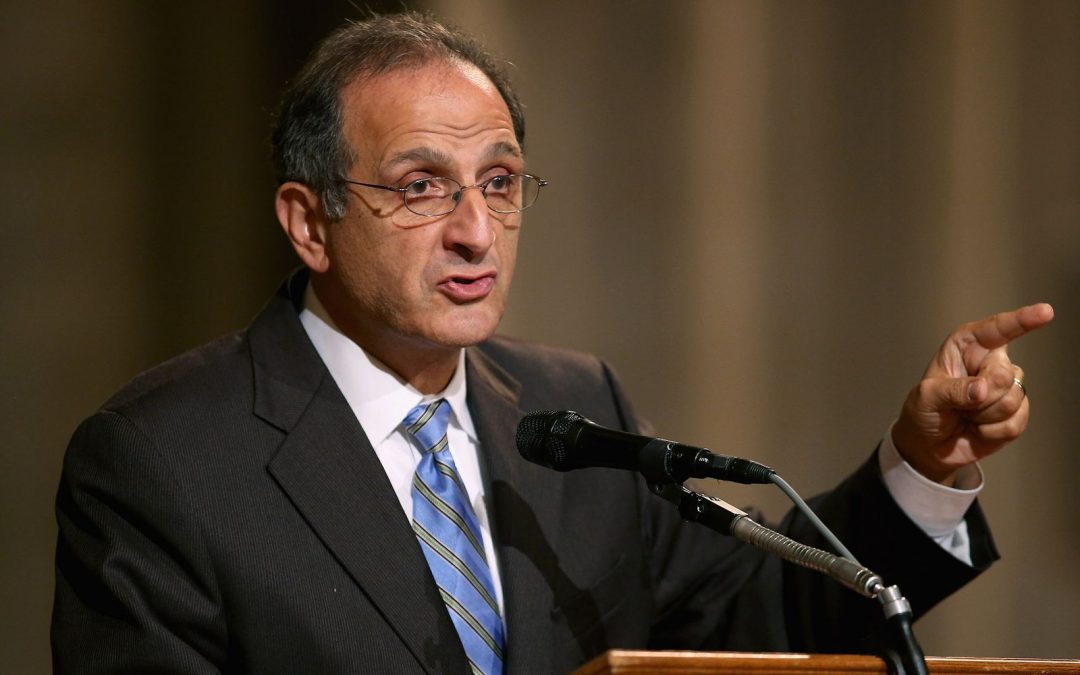 The Democratic National Committee’s powerful Rules and Bylaws Committee rejected a proposal Tuesday to create a democratically elected body charged with reviewing the organization’s finances after every presidential election cycle.

James Zogby, a 26-year DNC member who drafted the proposal, expressed his disappointment with the committee’s decision, arguing that it closes the door on independent oversight of the party’s financial decisions.

On paper, there are already vehicles designed to hold the DNC accountable for major financial decisions. The Budget and Finance Committee is responsible for overseeing financial decisions, and an ombudsman council, created last summer, is charged with monitoring conflicts of interest in DNC decision-making.

As a result, DNC Chairman Tom Perez, his allies and the members of Rules and Bylaws who voted down Zogby’s proposal on Tuesday reasoned that a new committee would be duplicative.

“I felt at this point that setting up another committee wasn’t really necessary, that we’ve been doing a good job in reaching that process of transparency and we’d see how that process continues,” said Frank Leone, a member of Rules and Bylaws who voted against Zogby’s plan.

Daniel Halpern, co-chair of the DNC’s Budget and Finance Committee, used similar logic in a letter to Rules and Bylaws recommending against the adoption of Zogby’s idea. He noted that the budget panel plans to invite all DNC members to a yearly meeting where any of the body’s more than 450 members can receive an “overview” of the budgeting process for the upcoming year and offer input.

“Creating more layers of oversight does not create more transparency or accountability,” he wrote.

“The group that made the decision to spend the money can’t be the one to say whether it works or it didn’t work,” he said.

Technically, the Rules and Bylaws Committee merely voted down a preliminary measure to draft Zogby’s memorandum into a formal amendment. Since it was a voice vote, there is no record of the margin. But Zogby considers his idea dead for the foreseeable future.

A longtime DNC member, who shares Zogby’s concerns about financial transparency, only questioned whether the elected structure Zogby proposed might not also be vulnerable to pressure from the chair. However, the member, who requested anonymity for professional reasons, agreed that the Budget and Finance Committee is not adequate for the task.

“It exists in name only,” the member said.

DNC members kept in the dark by the body’s leadership have harbored concerns for years over how the group spends its money. The issue entered the national spotlight in November 2017 when former interim DNC Chairwoman Donna Brazile published a tell-all book revealing the extent of the financial mess she’d inherited.

But during President Barack Obama’s tenure, he paid little heed to the organization’s declining financial and managerial standards. As a result, when Clinton began her run for president in 2015, she and her team discovered a dysfunctional organization on the brink of bankruptcy.

They decided to forge a joint fundraising agreement in August 2015 ― just four months after Clinton entered the race ― that effectively put the DNC in receivership, according to Brazile. The Clinton campaign would fundraise for the DNC to shore up its finances, and in exchange, it would obtain veto power over key personnel decisions and control of almost all of the money.

Supporters of Vermont Sen. Bernie Sanders’ 2016 presidential bid, of whom Zogby was one, saw in Brazile’s book additional evidence that the DNC had been biased toward Clinton throughout the presidential primary.

But Zogby ― who likes to note that in 26 years with the organization, he has never once seen the DNC’s budget ― also felt that his longstanding concerns about the DNC’s lack of transparency had been vindicated.

Although he was happy that the DNC’s ethical lapses came to light, he remains tired of getting critical information through news accounts. It’s part of what motivated him to push for a financial accountability mechanism outside of the DNC chair’s control.

“We shouldn’t have to wait for Donna Brazile to write a book to find out there’s an issue,” he said.

Perez’s four-year term will expire at the beginning of 2021. Perez’s election in February 2017 was contentious in part because figures like Zogby had rallied behind then-Rep. Keith Ellison (D-Minn.) in the hopes of not only empowering the party’s left wing, but also transforming the DNC into a more democratic and transparent institution once and for all.

The anonymous DNC member believes that real change will not be achieved until the DNC has a chair “who fundamentally wants to restructure the governance of the national committee.”

“It can’t be done by paper cuts. It’s got to be a wholesale restructuring,” the member said. “We’ll never reach our potential by keeping our 18th- and 19th-century structure in place.”