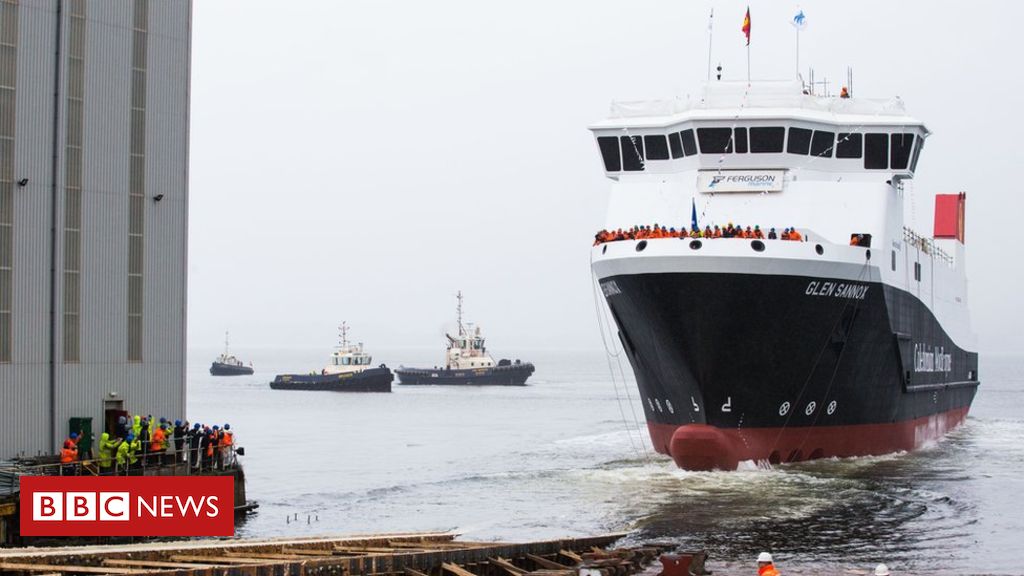 An offer to hand a share of ownership in Ferguson shipyard has been rejected by the Scottish government.

The latest encounter in their dispute makes it more likely the yard will be fully taken over by ministers.

The £97m contract is behind schedule and considerably over budget, and the company’s finances are precarious.

It also presented legal advice, commissioned by Clyde Blowers Capital, that the proposed deal would be within European rules on procurement and state aid – the extent to which governments are allowed to intervene in support of businesses.

That advice has been flatly rejected by the Scottish government, saying it is obliged to seek the lowest cost option.

The dispute could lead to it using a clause in the £45m of loan agreements between the Scottish government and Ferguson Marine Engineering Limited (FMEL), through which it could take over the yard for only £1.

It is understood that a separate private lender debt, providing a £25m bond required of FMEL to ensure delivery of the ferries, is secured against ownership of the land, rather than the plant and business on it.

The two ships being built for Cal-Mac, the Scottish government-owned ferry company, have caused particular difficulties because of their innovative hybrid power systems, using diesel and liquefied natural gas.

FMEL claims numerous design changes have been required by the client, government-owned Caledonian Marine Assets Limited, which leases to Cal-Mac, and that a new design such as this requires repeated certification by the shipping regulator.

Although it has been paid most of the £97m for the fixed price contract, the firm faces a uncertain future without an injection of funds.

Estimates of the overspend are now at least £60m. Jim McColl wants the taxpayer to meet some of the extra cost.

His proposal sought to share the cost, with an offer that would mean the Scottish government taking on a stake in the company.

Legal advice for ministers says this would be open to legal challenge from firms that did not win the ferry contract.

More significant could be the problem with state aid rules – the European law limiting a government’s ability to support a company against its rivals.

In rejecting the legal advice to Clyde Blowers Capital, the Scottish government claims it is required to keep public expenditure to the lowest level possible.

That either means more injection of capital from Clyde Blowers, to cover the extra cost of the ferry contract, or the takeover of the business by the Scottish government.

Use of the clause that allows a takeover of the loan conditions are breached, and for only £1, would avoid administration.

Jim McColl met Inverclyde councillors this week – both the Labour council leader Steven McCabe and SNP opposition leader Chris McEleny – to explain the proposal. A mass meeting of the workforce on Wednesday also heard about the legal advice supporting it.

In the official response from the Scottish government – though not conveyed to the company – a spokesman said: “We share the determination to ensure a strong, long term future for Ferguson’s.

“This proposal has formed part of the discussions with CBC over a number of weeks. However we have been clear that their proposal contained a number of serious risks to the public purse, including risks in propriety, regularity and value for money, and that we are unable to take this forward for those reasons.

“We remain open to any workable proposals and to any commercial investment CBC wish to make.”

A spokesman for FMEL said: “We continue to engage with both the Scottish government and CMAL, and remain fully committed to ensuring the construction of the CMAL vessels, while guaranteeing the ability of the business to continue with its diversification and growth strategy and to maintain and exploit its leading position in the development of hydrogen propulsion technology.”