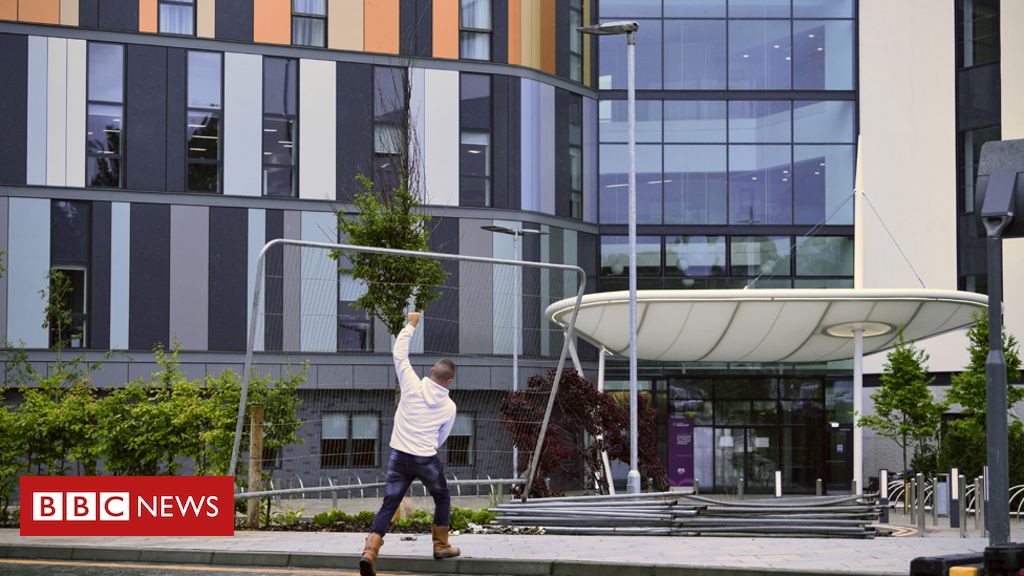 A health board is paying millions of pounds to a private consortium for a hospital it cannot use.

The new children’s hospital in Edinburgh was due to open in July, but last-minute inspections found safety concerns over its ventilation systems.

NHS Lothian has confirmed repayments for the hospital – the equivalent of about £1.4m a month – started when it took over the facility in February.

It is not known when the hospital will be ready to open to patients.

The new Sick Children’s Hospital cost about £150m to build, but its full price tag over the next 25 years, including maintenance and facilities management fees, will be £432m.

Under the terms of the contract, repayments – which would average about £1.4m a month – began in February when NHS Lothian took possession of the site from private consortium IHSL.

The deal with IHSL to design, build, finance and maintain the new hospital was under the Non-Profit Distributing (NPD) system, the Scottish government’s version of controversial private financing models such as PFI.

The existing hospital, in the Sciennes area of Edinburgh, remains open – but it has been sold to student housing firm Downing, and it is unclear when the developer wants to take possession of the site.

Tom Waterson, chairman of Unison Scotland’s health committee, said: “To add to the serious health and safety concerns in this project, we now find out there is a serious financial penalty for this farce.

“Every penny is a prisoner in that health board just now and to find out we are paying millions of pounds for a hospital we can’t use is nothing short of scandalous.

“We need a full independent public inquiry into what has gone wrong. It can’t be left to the Scottish government because they are involved.”

Last month a full safety review into the delayed Sick Children’s Hospital was ordered by the Scottish government.

Similar checks will be made at other recently completed major NHS facilities across Scotland.

This will include the Queen Elizabeth University Hospital in Glasgow, which was built by the same contractor and has also experienced problems with ventilation systems.

The NHS-led review is due to be finished by September and unions fear it will be next year before the Edinburgh hospital is ready to be fully occupied.

There are concerns over water, ventilation and drainage systems at the facility.

Under the terms of the NPD contract, the design of the hospital had to be signed off by NHS Lothian before construction by IHSL got under way.

It is thought the review will focus on whether the ventilation problem is down to the original design, or the implementation of the agreed design.

An NHS Lothian spokeswoman said: “The annual service payment started when the building was handed over to the board in February.”

The health board has previously said that until checks are completed, and a timeline for the ventilation work is known, it is not possible to estimate when the 233-bed hospital could be fully occupied. However, a partial migration of services might be possible.

IHSL previously said its work was signed off as complete by an independent certifier on 22 February, when it handed over the building to NHS Lothian.