No deal will mean so many compromises for Britain: Trump will make sure of that 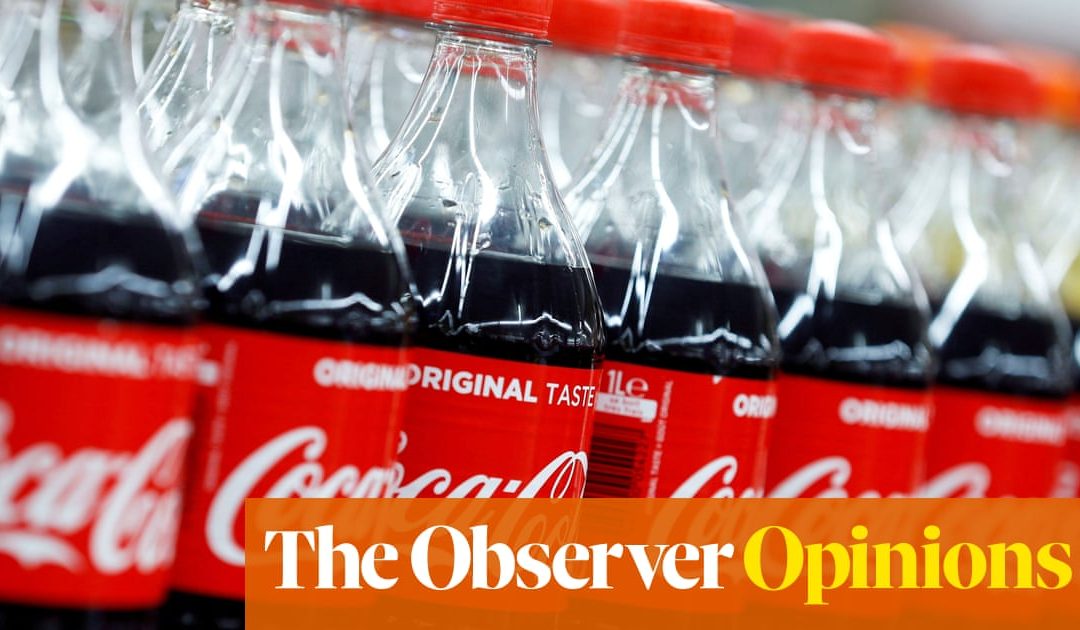 Concessions on food standards, data protection, taxes on tech giants EU membership was never like this 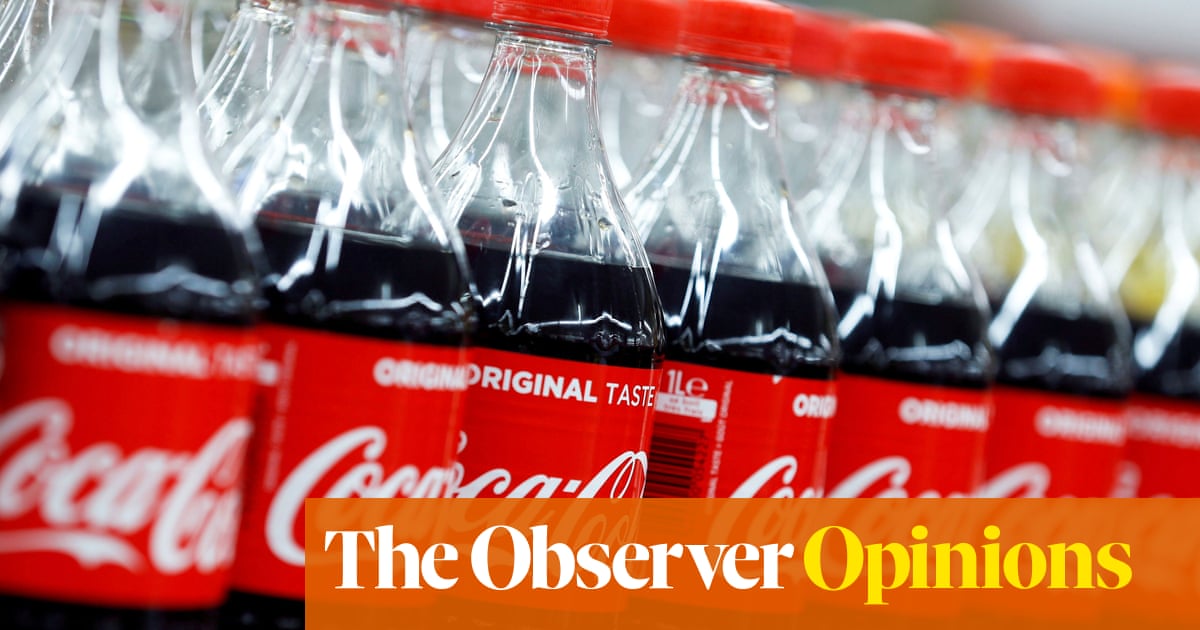 Britains abject weakness as a trading nation is on full display in Biarritz at this weekends G7 summit. The warm embrace from Donald Trump for his old friend Boris Johnson and the talk of favourable access to American markets cannot disguise how ill-prepared the UK is for life outside the European Unions protective wall.

Like a medieval tribe piously leaving the citadel even as its enemies are massing on the horizon, Britons are discovering that Brexit is going to demand many more compromises than were ever forced on it by majority voting inside the EU.

US demands that Britain accept its beef with added growth hormone and its chlorine-washed chicken are well-known and unwelcome, but it is what these products represent that is so crucial to the UKs future. Once the prime minister considers lowering more broadly the standards of UK agriculture to the base level accepted by US consumers, all alignment with EU standards will be broken.

Johnsons chief adviser, Dominic Cummings, knows that his efforts to eliminate the Northern Irish backstop depend on a continued alignment with the EU on trade to get around the problem of goods being checked at the border.

The Brexiter argument one that will supposedly satisfy Angela Merkel and Emmanuel Macrons 30-day deadline is that alignment with the EU will allow frictionless trade until the technology needed to overcome physical border controls is tested and satisfies Brussels.

Instead, Johnson is preparing to rush into Trumps arms with a trade deal that will, at least as far as the EU is concerned, usher in sub-standard food. All UK food will then potentially fail the EUs tests, and the Irish government will be told by Brussels that it must institute border checks.

The US president also wants to extract concessions on the implementation of privacy rules and data flows. The US has a more liberal approach to personal data than Britain, which operates under the EUs more stringent GDPR standard.

Macrons proposed taxes on digital companies will also become a dividing line. Trump opposes as foolishness the French presidents 3% levy on the revenue from digital services earned by firms with a turnover in France of more than 25m and 750m worldwide.

Former chancellor Philip Hammond last year announced a less onerous 2% tax on search engines, social media platforms and online marketplaces with global turnovers in excess of 500m. According to Washington, both these ideas unfairly punish Google, Facebook and Amazon, and will be outlawed in any trade deal.

Disputes will be settled in a court of arbitration, where major corporations maintain the right to sue governments that make unilateral changes to the law that affect their profits. This is a mechanism tobacco companies have used to extract compensation for laws restricting or banning smoking.

Such a tactic is unlikely to be used against consumer legislation in the UK (though an extension of the sugar tax could lead to a claim by Coca-Cola and Pepsi), but Washington has long objected to the way the NHS negotiates the price of medicines, and this system, which keeps down the cost of drugs in the UK, could be the subject of a disputes claim.

Then there are the little clauses that can seem innocuous and yet reveal just how low a country can be forced to stoop to secure a trade deal with a more powerful partner.

Trump has insisted that all countries seeking a trade deal agree to outlaw boycotts of Israeli goods. David Camerons administration blocked public bodies from supporting boycotts of Israel, but it is a stretch for the UK government to act against all boycotts.

Johnson may say he is concerned about animal welfare and environmental standards, but so far this is just words. He needs to make clear that EU standards are the baseline. They are not a preference to be cheaply bargained away.

Banking on a decent job? Its all relative

Being unskilled, late or absent from the office and described as a liability by colleagues all reasons to ensure a swift P45 for workers in finance. That is, unless you have the family lineage that gives something extra to the bank youre working for.

Another grim chapter in the hiring practices of the major banks was revealed when, last week, Deutsche Bank was the latest to be fined over a so-called princelings scandal. According to allegations from the US Securities and Exchange Commission (SEC), the unqualified offspring of powerful Chinese and Russian state figures had been offered jobs so that the bank could get a better foothold in future deals.

While thousands of non-connected candidates fought through the rigorous hiring process, it appears that a select few got jobs with their only qualification being the position their fathers held in state-connected companies in Asia and Russia. One egregious example cited was the son of an executive at a Russian state-owned company who was transferredfrom Moscow to London but failed to turn up to work, cheated in an exam and was a liability to the reputation of the program, if not their firm a quote unlikely to make their LinkedIn page.

It is an example of a practice that has gone on for years, and across the industry the investigation into Deutsche Bank was covered the period between 2006 and 2014. But before the German giants settlement had come bigger figures in 2016, JPMorgan was penalised $264mcorr and Credit Suisse last year agreed to pay $77mcorr. One source in HR at the German bank said the Russian example was a classic case of what they had to handle every year.

Deutsche did not admit or deny the findings under the settlement, but claims to have taken extensive measures to improve its practices. Whether that will be any comfort for those applying for jobs in Canary Wharf is open to question.

Britains lenders are eagerly awaiting the end of summer. As they return from their far-flung holidays, bankers will start processing the final batch of payment protection insurance (PPI) claims and start drawing a line under one of the largest mis-selling cases in UK banking history.

It has already cost the largest high street lenders more than 41bn to process claims and compensate customers. But some lenders have apparently been slow to learn their lesson. On Friday, it emerged that Royal Bank of Scotland and Santander had been flouting PPI rules set by the Competition and Markets Authority for nearly half a decade.

It seemed simple enough: the regulator ordered banks to send customers an annual reminder, detailing three pieces of information: how much customers had paid for their PPI policies to date, what type of cover they had, and a reminder that they had a right to cancel the cover.

But RBS failed to send reminders to nearly 11,000 customers over six years, meaning some consumers were paying for the insurance without being aware they still held policies. Santander, meanwhile, sent incorrect information to more than 3,400 of its mortgage PPI customers between 2012 and 2017.

For anyone inclined to give the banks the benefit of the doubt, its worth noting that RBS and Santander were both reminded to follow the CMAs orders as far back as 2016.

Proving they cannot be trusted on PPI policies, both banks have since been forced to appoint independent reviewers to monitor their progress and make sure they dont break the rules for a third time.

This doesnt look good when banks are trying to wipe their hands clean and claim a fresh innocence a decade on from the financial crisis. And it only proves that City regulators will have to stay sharp if they hope to protect consumers from the next major scandal.