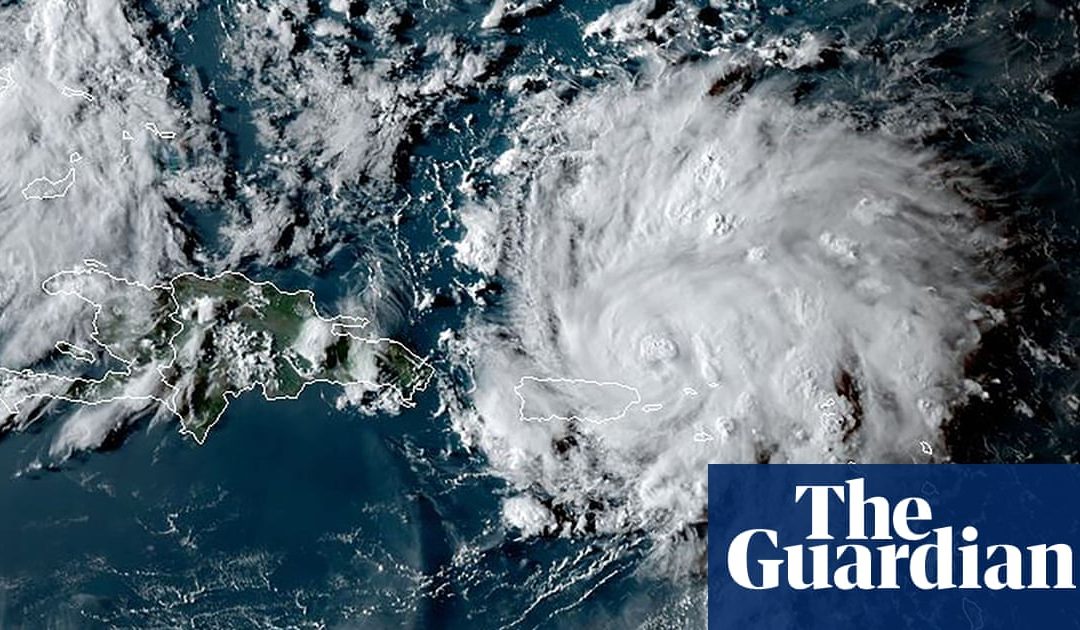 Puerto Rico was spared, but storm is expected to land in Florida Sunday night, potentially as a category 4 hurricane 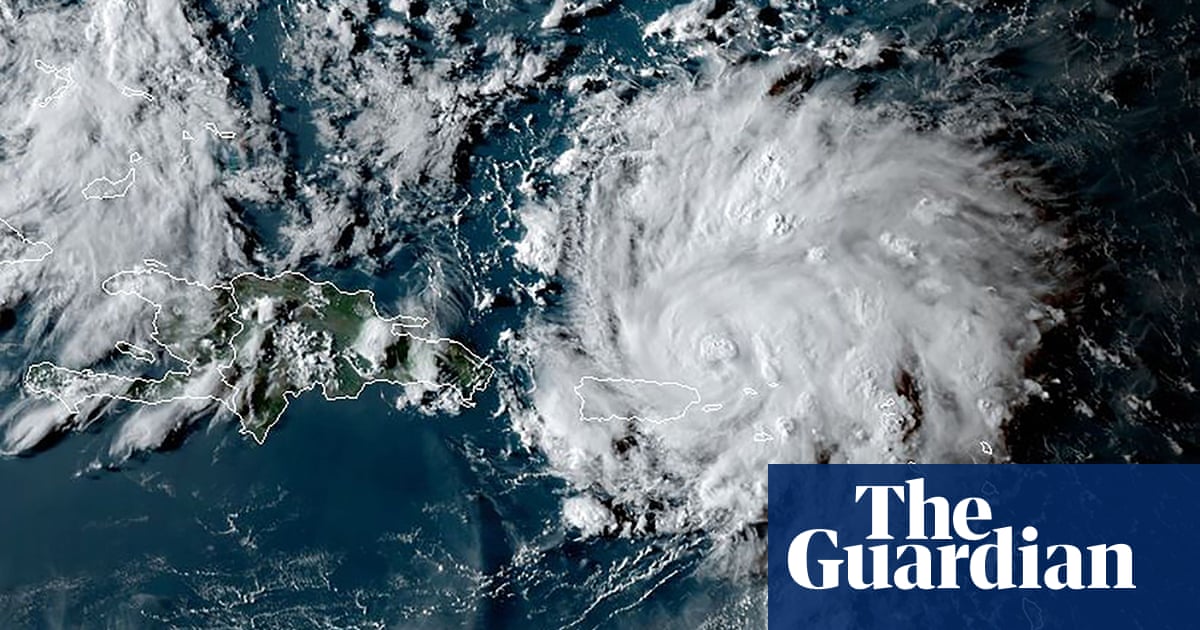 Florida is bracing for the arrival of Hurricane Dorian with weather experts on Thursday proclaiming the states entire east coast at risk.

A state of emergency has been declared and Donald Trump on Thursday canceled his forthcoming trip this weekend to Poland as the storm bears down. It was announced that the vice-president, Mike Pence, will travel to the eastern European nation in the presidents stead.

Dorian could make landfall on Monday as a dangerous category 4 storm.

Puerto Ricos citizens breathed a sigh of relief earlier in the day at having avoided major damage from Hurricane Dorian, after it had been on a path this week to hit the US island territory directly..

The latest computer modeling of Dorians path showed it arriving potentially as a category 3 hurricane or even as a powerful category 4 storm, on Floridas east coast early on Monday, the Labor Day holiday in the US.

The National Hurricane Center in Miami warned of dangerous storm surge and hurricane-force winds but said it is too soon to determine where these hazards will occur.

Dorian could be a major hurricane, DeSantis tweeted. All Floridians on the east coast should have seven days of supplies, prepare their homes and follow the track closely.

One predicted track has the storm on course to hit Palm Beach county in southern Florida, the location of Trumps Mar-a-Lago resort.

But a mix of weather factors currently affecting the region and the hurricane mean its exact path is highly unpredictable at this stage. Forecasters believe they will have a better idea of its size, speed and direction on Saturday when some atmospheric pressure systems have played out.

Across much of Floridas east coast, residents began flocking to the grocery stores and gas stations, stocking up in anticipation of the storm.

There were lines at many gas stations in south Florida as people began filling gas cans and topping off their gas tanks. Some residents using community Facebook groups gave updates on new shipments of water to restock the nearly empty shelves at local grocery stores.

DeSantis said he had spoken on the phone with Trump, who pledged support.

Hurricane Dorian looks like it will be hitting Florida late Sunday night, Trump tweeted on Thursday morning. (The timing of the arrival of the hurricane was not settled and anyone in its path was advised to track the storm.) Be prepared and please follow State and Federal instructions, it will be a very big Hurricane, perhaps one of the biggest!

The hurricane center advised that heavy rains from the storm were expected to occur over portions of the Bahamas, Florida, and elsewhere in the south-eastern US later this week and into early next week.

With tens of thousands of Puerto Rican residents still living in temporary shelters after the devastation in 2017 from Hurricane Maria, which killed about 3,000 people and destroyed key infrastructure, the island had feared another devastating blow as Dorian bore down.

But a calm day dawned on Thursday. Were happy because there are no damages to report, Culebras mayor, William Sols, told the Associated Press.

Police said an 80-year-old man in the northern town of Bayamon died Wednesday after he fell trying to climb up to his roof to clear it of debris ahead of the storm.