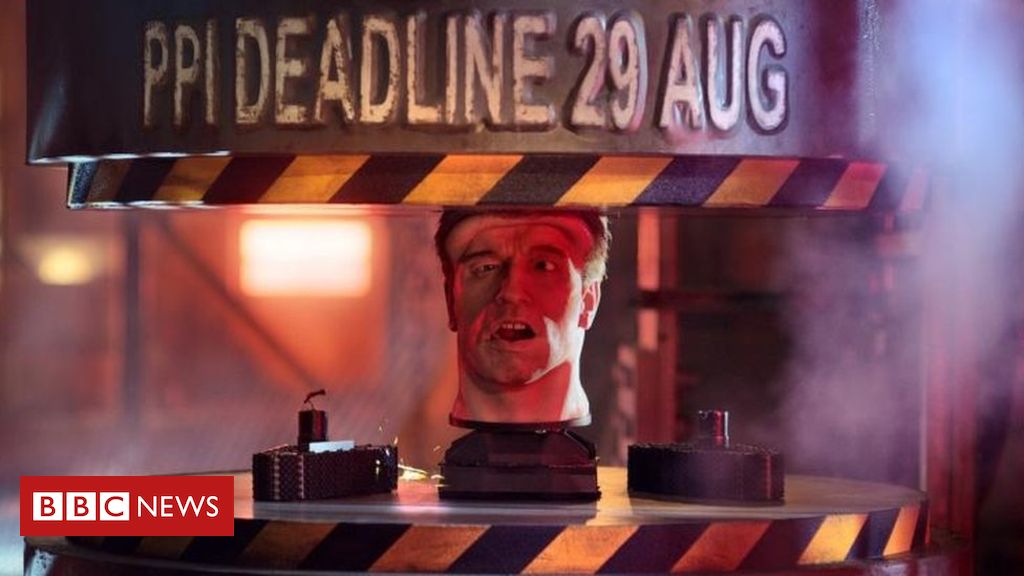 There are only hours left to make a claim for mis-sold payment protection insurance, as one of the UK’s biggest financial scandals draws to a close.

Billions of pounds has already been paid out in PPI compensation ahead of the 23:59 deadline on Thursday.

PPI was designed to cover loan repayments when policyholders fell ill or lost their jobs.

But banks and loan providers mis-sold millions of policies to people who did not need them or would not be covered.

Not all of those were mis-sold, but an astonishing £36bn in compensation has been paid out so far, with the typical payout amounting to £2,000.

While new claims end on 29 August, the impact of the mis-selling scandal will be felt for years to come.

How to seek compensation

More information on PPI and how you can claim is available on the FCA website.

Various templates are also available to download, along with guidance on claiming, on websites such as Which?, MoneySavingExpert, and Resolver.

The floodgates opened to make historical claims for mis-sold PPI in 2011, when banks lost a legal battle to stop a review of past sales of the insurance.

Since then campaigners and the Financial Conduct Authority have been urging consumers to take action if they think they were wronged, amid fears that many consumers were unaware of their rights.

It was when PPI was mentioned on youth TV hit Love Island that Guy Anker, managing editor of Moneysavingexpert, realised that the scandal had put consumer rights firmly into the mainstream.

Moneysavingexpert, and its founder Martin Lewis, were at the forefront of the campaign for PPI compensation and the subject has been one of the biggest concerns of visitors to the website ever since.

Mr Anker said the scandal had been at the heart of the public’s distrust of banks – in a more tangible way than the banking crisis of a decade ago.

Martyn James, of consumer website Resolver, also said that the PPI scandal had emboldened consumers to fight for their rights.

“As a nation we are no longer willing to put up with being treated badly and are increasingly vocal about it,” he said.

Yet the PPI compensation campaign has been tarnished by the large number of claims management companies (CMCs) that sprang up to make claims on consumers’ behalf.

These companies – which typically take a 25% cut of any compensation payouts – made large volumes of unsolicited calls to the public, as well as sending texts, leading many to brand them a nuisance.

However, the companies themselves have said many of these people would never have claimed without their help.

The deadline may be arriving on Thursday, but the work will not be over for the banks and loan providers responsible for the scandal.

Collectively, they have set aside billions of pounds more to cover compensation that has yet to work through the system. That process could still take years.

Several high-profile companies have been fined by the Financial Conduct Authority, too.

It is a huge change from how things stood a decade ago, when banks engaged in a long legal fight to prevent past PPI sales being reviewed.

Lloyds was the first to budge in May 2011 after its lost its legal battle, and others followed – although their reluctance to pay out led to heightened criticism of banks in some quarters.

However, some in the banking industry have subsequently complained about members of the public making false claims.

And John McFarlane, when he was chairman of Barclays, said in an interview last year that PPI had “turned portions of Britain into fraudsters”.

UK Finance, the banking trade body, told the BBC: “The industry has worked closely with the [regulator] to ensure PPI complaints are handled fairly and consistently.

“The regulator’s deadline for PPI complaints has provided additional clarity for consumers, with the accompanying awareness campaign intended to prompt action and help ensure that customers who deserve compensation receive it.”