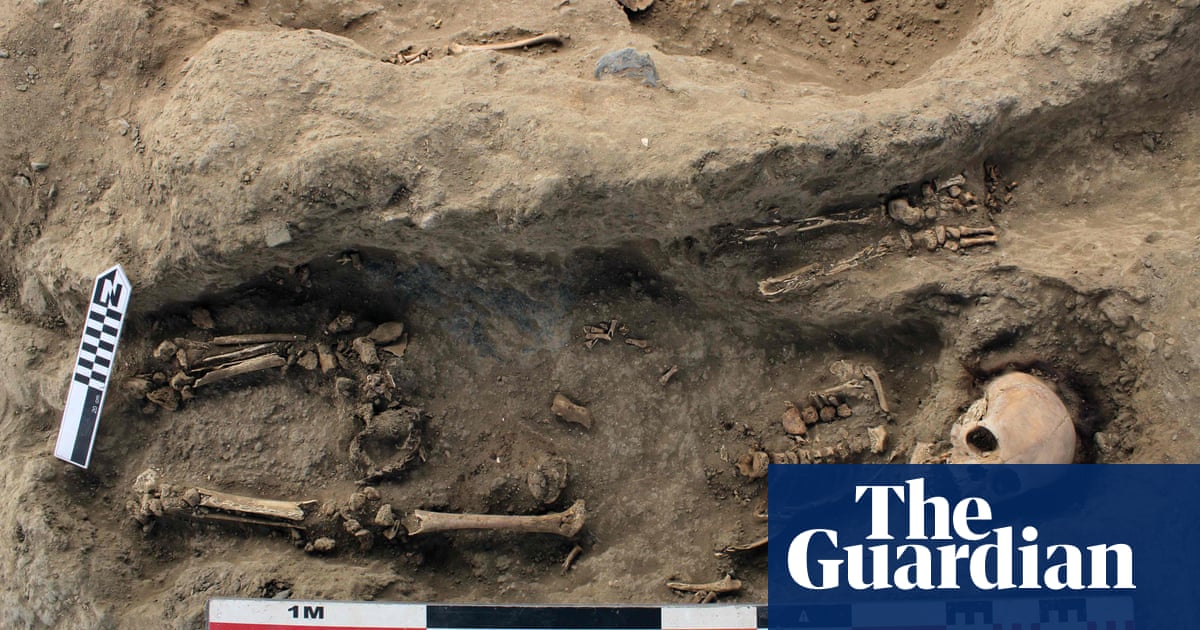 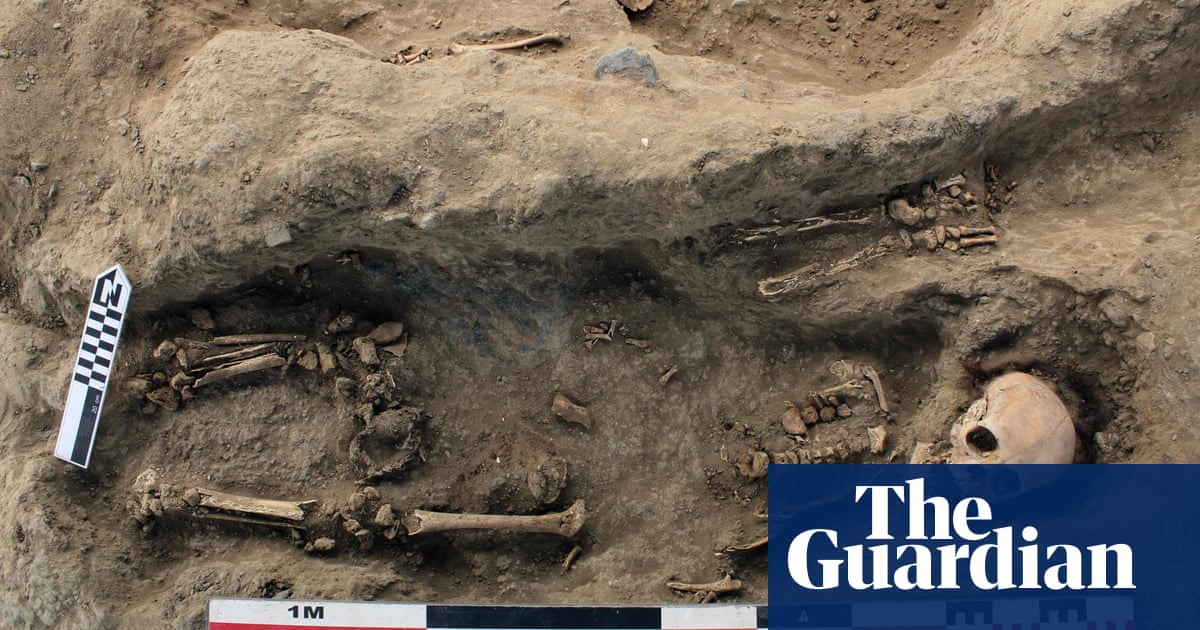 Archaeologists excavating what is thought to be the worlds largest child sacrifice site have unearthed the skeletons of 227 young victims in the coastal desert of northern Peru.

Teams have been digging since last year at the sacrificial site in Huanchaco, a beachside tourist town close to Trujillo, Perus third largest city.

Experts believe the children, who were aged between four and 14, were sacrificed by the Chim culture to placate the gods as rains and floods caused by the El Nio weather pattern battered the Peruvian coastline.

This is the biggest site where the remains of sacrificed children have been found, chief archaeologist Feren Castillo told AFP on Tuesday. There isnt another like it anywhere else in the world.

He said the children had been sacrificed to appease the El Nio phenomenon and showed signs of being killed during wet weather.

Castillo, an archaeologist at the National University of Trujillo, said that there may still be more to be found. Its uncontrollable, this thing with the children. Wherever you dig, theres another one, he added.

The childrens remains were found in a position facing the sea. Some still had skin and hair and had been found with silver earrings.

Huanchaco was a site where many child sacrifices took place during the time of the Chim culture, whose apogee was between 1200 and 1400.

Pampa la Cruz is a short distance from Huanchaquito, where the remains of 140 sacrificed children and 200 llamas were found in April 2018.

Excavation work at Huanchaquito started in 2011, but the findings were first published last year by National Geographic, which helped finance the investigation.

Researchers there found footprints that had survived rain and erosion. The small footprints indicate the children were marched to their deaths from Chan Chan, an huge, ancient adobe city a mile from the burial site.

The childrens skeletons contained lesions on their breastbones, which were probably made by a ceremonial knife. Dislocated ribcages suggest whoever was performing the sacrifices may have been trying to extract the childrens hearts.

The Chim civilisation extended along the Peruvian coast to Ecuador but disappeared in 1475 after it was conquered by the Inca empire, which in turn fell to the Spanish conquistadors.

The region still suffers the devastating effects of El Nio.

In March 2017, 67 people were killed and thousands more forced to evacuate by intense rains which damaged 115,000 homes and destroyed more than 100 bridges in Peru.

In 1998, a super El Nio hit Peru, killing more than 300 people and causing billions of dollars of damage.

AFP contributed to this report