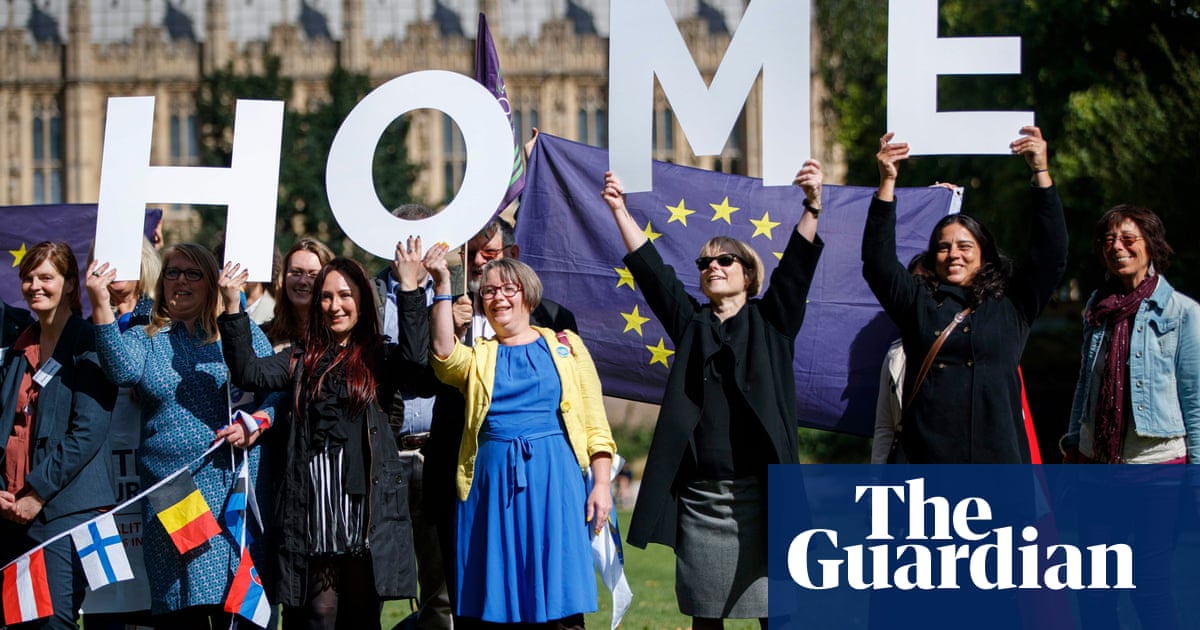 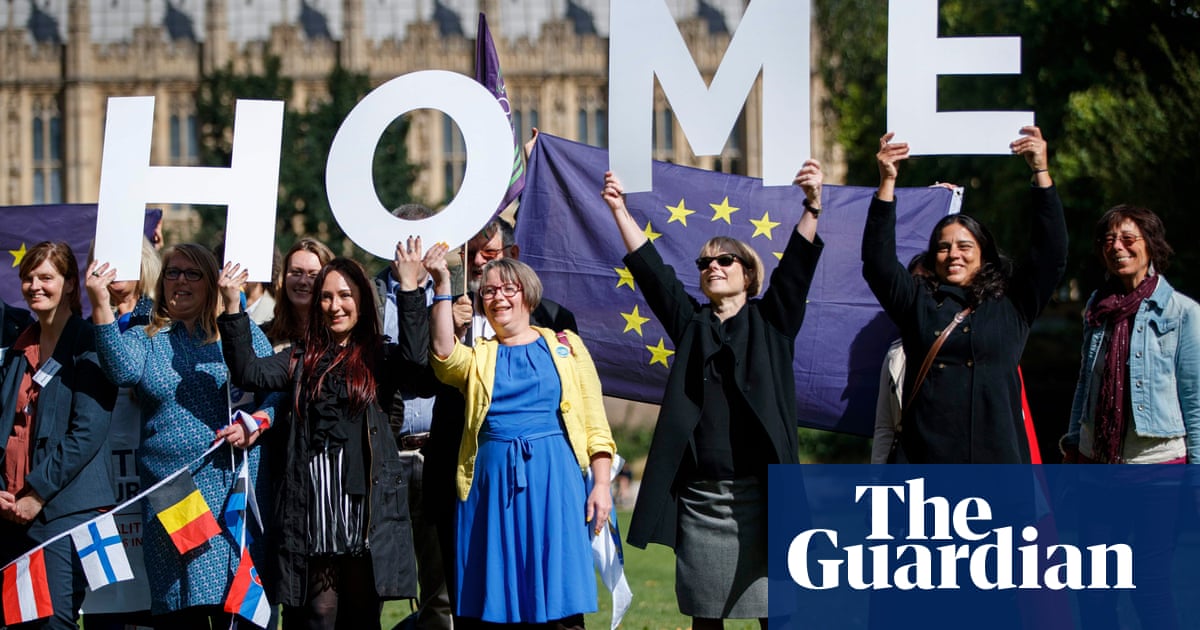 A sharp rise in the proportion of EU citizens not considered eligible for settled status has caused alarm among campaign groups as the rush to secure the right to stay in the country gathers pace ahead of a possible no-deal Brexit.

The settled status scheme has been running since March for EU nationals living in the UK to establish their permanent right to live in the UK. In his first House of Commons speech Boris Johnson emphasised that applicants could expect absolute certainty for the right to live and remain and said: I repeat unequivocally our guarantee to the 3.2 million EU nationals now living and working among us.

But since the scheme began the proportion of people being granted pre-settled status rather than settled status and therefore finding themselves in a more precarious position, without the guaranteed permanent right to remain has risen from 32% during the testing phase up to 34% in the month after the national launch in March, and to 42% in July.

The cause of the jump is unclear. Some applicants may have pressed the wrong button during the online application process, inadvertently accepting the less secure status. Campaigners have also questioned whether the system is designed to favour awarding pre-settled status in complex cases, so the Home Office can avoid having to refuse any applications during a politically sensitive period.

In the past week a number of long-term UK residents have gone public with their concerns that they have been wrongly given pre-settled status. Among them was the chef Richard Bertinet, who has lived in the UK since 1998 and said he felt betrayed. Meanwhile the pro-Brexit Conservative MEP Daniel Hannan warned that he was seeing EU nationals being denied settled status, despite years of residence in the UK, and called on the home secretary to address this before we end up with another Windrush scandal.

The Home Office says it has not rejected anyone who has applied for the scheme, and to date has granted either settled status or pre-settled status to over a million applicants.

This is semantics. Granting someone pre-settled status when they should have been given settled status should be seen as a refusal, said Chris Desira, an immigration lawyer and expert on the EU settled status scheme. He said the Home Office was attempting to present the granting of pre-settled status as a success, but he warned that this was a less secure immigration status and urged those who felt they had been wrongly awarded this status to challenge the decision. You should be worried, he added. Your leave in the UK is more precarious.

Nicolas Hatton, co-founder of the EU citizens campaign group the3million, said he believed the Home Office was anxious to avoid media stories of EU citizens being declined status. The Home Office is parking over a third of applicants in this temporary status, with no guarantee these people will be able to get settled status in the future. So it is a massive timebomb.

Anyone who has been in the country for a shorter time, or who has not proved definitively that they have been here for the full five years, will be granted pre-settled status, and will have to apply again for the permanent status once they have accrued five years of residence. In the meantime, they must maintain continuous residence, so will have less freedom to leave the country for extended periods, complicating life for people who need to work or study abroad.

Most of the 42% granted pre-settled status will have been correctly given that status because they have not yet been here long enough, but immigration experts are worried by stories of applicants being wrongly put into this category.

We regularly see cases where an individuals residence exceeds five years but, often for no clear reason, they are not granted settled status. This is a concern because pre-settled status provides less security for citizens rights than settled status, said Tahmid Chowdhury of Here for Good, a charity set up to provide free immigration services to EU citizens in the UK. It is clear that the government does not want to be seen rejecting EU settled status applications.

Jill Rutter, director of strategy at immigration and integration thinktank British Future, said she was concerned by the rise in the number of people getting pre-settled status, and said the proportion was higher than she would have expected. Conversations with community groups supporting applicants indicated that they were seeing people who expected to get settled status who were surprised when they got pre-settled status, she said.

She warned that those granted pre-settled status would need to be reminded by a government information campaign to upgrade the status as soon as possible.

Home Office statistics do not show how many people who intended to apply for settled status were granted pre-settled status instead, but a spokesperson said staff working on the scheme were looking to grant the status people were eligible for and not refuse it.

People granted pre-settled status have the same rights to work, study, receive healthcare and benefits as those with settled status, the official said. However, in order to successfully upgrade the status they will have to remember to reapply by the deadline, ensure they dont leave the UK for long stretches and not breach the criminality requirements.

Although people have at least until 31 December 2020 to apply, interest in applying surged after the home secretary, Priti Patel, said free movement would end on 31 October in the event of a no-deal Brexit, lawyers said. The online system experienced technical issues last week, with long delays. The Home Office said this was not connected to a rise in applications.