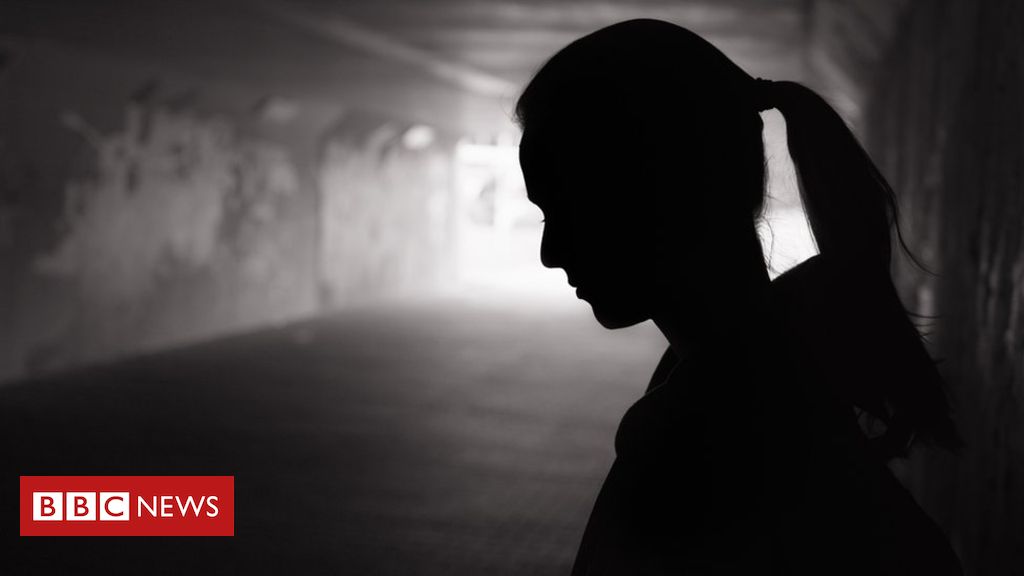 A mother at risk of homelessness said she feared her autistic daughter would be taken into care when she was refused social housing because of rent arrears.

Sarah Hillier, from Pontypool, said a Torfaen housing association had demanded immediate payment or she would not be considered for properties.

The charity Shelter estimates there are 3,000 people “blacklisted” in Wales.

A body representing Welsh housing associations said it was working with local authorities to address the issue.

“Nobody disputes that debts need to be repaid, but currently most landlords don’t do enough to give people a second chance.

“For example, only a few landlords in Wales will agree to give people a new tenancy alongside an affordable repayment plan for the old arrears.”

Sarah Hillier and her family – partner Gavin, their 15-year-old autistic daughter Michaela, and their two dogs Ariel and Fifi – are happy after finding a permanent home in Pontypool with Charter Housing Association.

But they were facing the real prospect of seeing Michaela taken into care and their beloved Jack Russell terriers given away to a rescue centre.

The family were issued with a section 21 – often known as a “no-fault” – eviction notice from a private landlord in February after she complained to environmental health officers about damp in the property.

Gavin, who has lumbar spondylosis, a degenerative spinal condition, became ill from the damp and the council demanded the landlord take action.

In June Ms Hiller was told by Bron Afon Community Housing she would not be offered a home until she had cleared 60% of a £1,060 debt from a tenancy she had with the housing association between 2009 and 2011.

“I was really panicking at that point. I thought ‘Oh my God, I’m not going to be able to get a roof over my family’s head’,” she said.

“I had all that stress for eight months. I thought I was going to lose my child. She’s autistic and we have two dogs which she’s very attached to. It was very terrifying.

“I thought I had no-one to speak to. I was having chest pains and anxiety. It felt like I was hitting my head against a brick wall.”

Ms Hillier spoke to staff at Shelter who helped negotiate a 50% reduction in the debt. She went on to find a home near family which has helped with care for her daughter and partner.

A Bron Afon spokesman said: “All landlords have a policy on previous rent arrears. Our policy is flexible and supportive as we understand the difficulties that people can find themselves in.

“We are confident that the support and advice we gave Ms Hillier went further than our policy to help her with her future housing options.

“During this time we liaised regularly with Shelter Cymru who were happy with our approach.”

“We agree with Shelter that social housing should be open to all,” said Stuart Ropke, chief executive of Community Housing Cymru (CHC), which represents housing associations in Wales.

Mr Ropke said CHC was working with the Welsh Local Government Association (WLGA) to “research the current effectiveness of housing waiting lists and identifying areas for change”, and called for more funding to tackle tenants’ debt.

The Welsh Government said the situation was “not acceptable”, adding local authorities had a legal duty to “help individuals in need to find a safe and secure home”.

“Preventing an individual with outstanding rent arrears would be acting inconsistently with this duty,” a Welsh Government spokeswoman added.

“Local authorities should consider if the applicant can demonstrate efforts to pay their debts. Local authorities also have some discretion to use flexible prevention funds to help individuals or households to overcome housing debt.”

The WLGA, which represents local authorities, supports “sharing best practice” to help people excluded from waiting lists because of past arrears.

“Absurdly”, Shelter said at least two authorities – Rhondda Cynon Taf and Wrexham councils – do not allow people on the social housing register if they have arrears from private tenancies.

Rhondda Cynon Taf council said only people with arrears in excess of £744 are barred, and that it offers “specialist support” to those who are.

Wrexham council said it does have an “exclusions policy”, which is in line with Welsh Government guidance and is not a “blanket policy”.