Arabian fights: inside the UFCs long-term partnership with the UAE 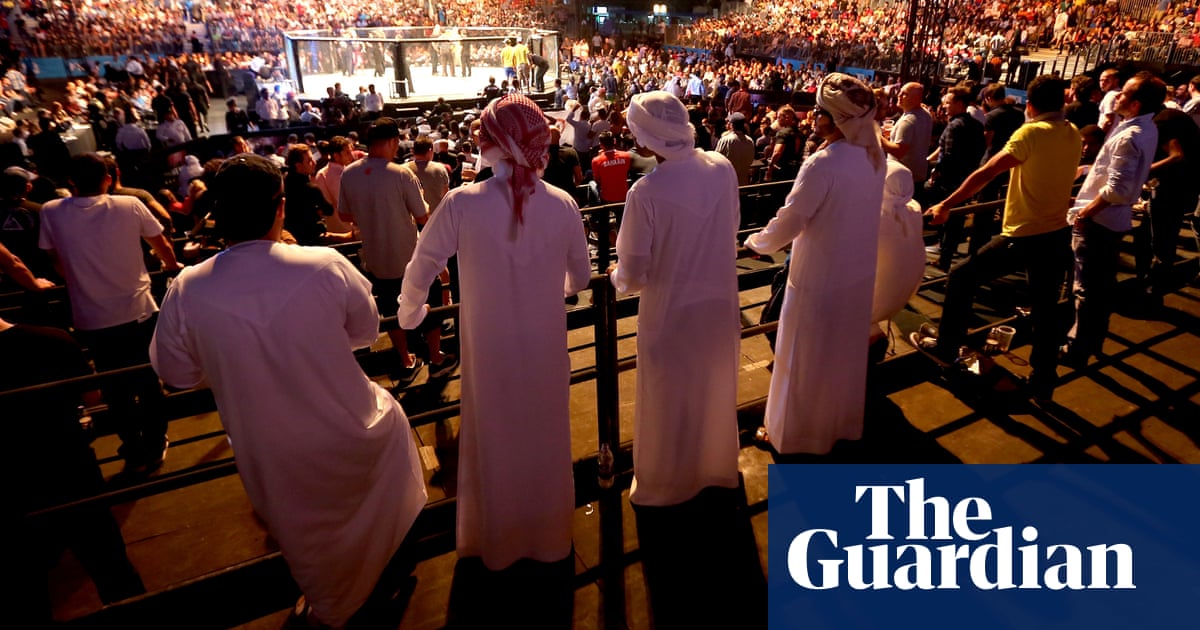 The UFC returns to the United Arab Emirates for the first time in five years on Saturday, but the promotion is steeped in controversy 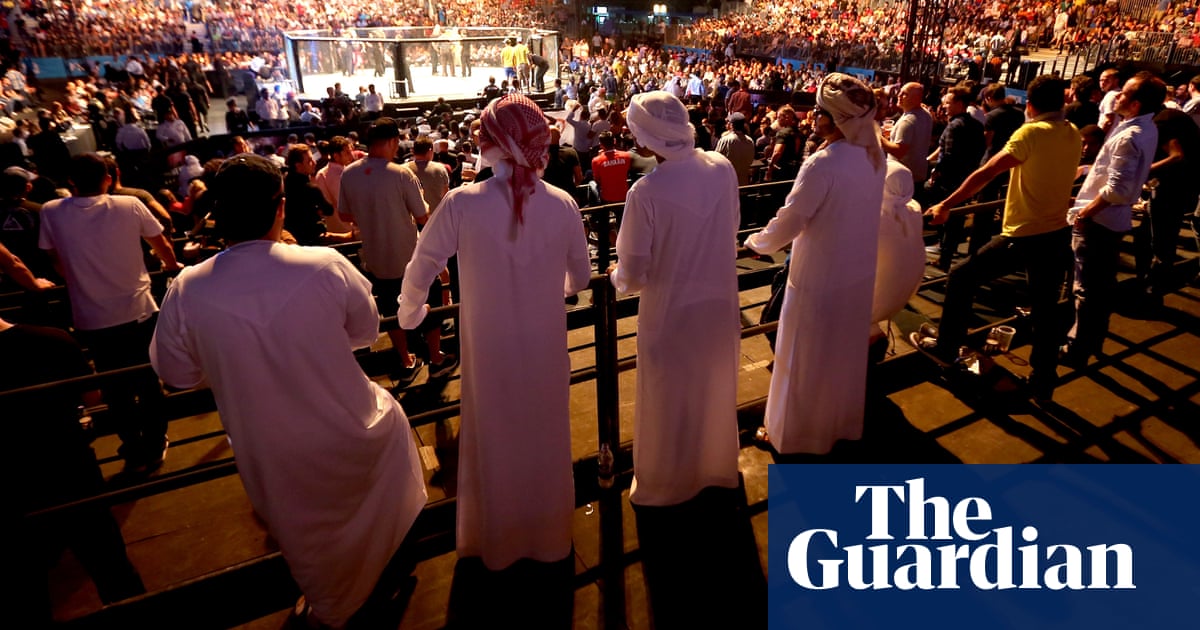 On Saturday, the Ultimate Fighting Championship will return to the United Arab Emirates for the first time following a five-year hiatus with an intriguing pay-per-view event headlined by lightweight champion Khabib Nurmagomedov against Dustin Poirier. It will also mark the first event since MMAs leading promotion announced a five-year partnership with Department of Culture and Tourism (DCT Abu Dhabi), which guarantees a constant stream of title fights in the Emirati capital until 2024.

The UFC 242 event will take place at the Arena on Yas Island as the culminating event of Abu Dhabis Showdown Week, which also includes live events such as the Red Hot Chili Peppers and the Abu Dhabi Sports and Fitness Expo. The UFCs inclusion as the crown jewel of the festivities is the result of the emirates Advantage Abu Dhabi program, which is designed to help organizers arrange festivals and shows in the region. According to a press release sent out by the UFC at the time, the partnership demonstrates the power of the programme in creating new business opportunities in Abu Dhabi.

UFC will become a key component of Abu Dhabis thriving events calendar for the next five years, which is already packed full of not only great sporting events, but also cultural, arts and entertainment offerings as well, Mohamed Khalifa Al Mubarak, chairman of DCT Abu Dhabi, said.

The UFC has ventured to the UAE on two previous occasions, both in Abu Dhabi. The first event, UFC 112, took place in April 2010, and featured a lackluster main event between Anderson Silva and Demian Maia. The championship fight was such a flop that it put an end to the UFCs hopes for aggressive expansion in the Middle East. The promotion would not return again for another four years, this time with a forgettable heavyweight fight between aging veterans Roy Nelson and Antonio Rodrigo Nogueira.

However, while the previous two events took place in partnership with Flash Entertainment, a live events and promotion company that owned 10% of the UFC, the UFCs latest showing in Abu Dhabi is sponsored by the local government and is being used to enhance economic opportunities in the emirate.

We are making a long-term commitment to Abu Dhabi because we have had great success in that market, UFC president Dana White said in a press release. The demand from our fans to bring UFC back to Abu Dhabi has been overwhelming, and over the next five years, DCT Abu Dhabi will help us deliver some spectacular UFC championship fights to the UAE. Im very excited about this partnership and what it will mean for the growth of this sport and for UFC in the region.

Previously, the UFC held its Abu Dhabi shows in custom-built open-air arenas that prompted concerns regarding the potential hardships facing the migrant workers involved in their construction. The UFCs continued involvement with Abu Dhabi was met with editorials condemning the promotions decision to work with such labour rights offenders. This was further exacerbated by a 2014 Guardian investigation that found that Abu Dhabis migrant workers were living in squalor.

UFC 242 will also take place in a bespoke arena built specifically for the event, though this time it is expected to seat 13,000 attendees. It should be noted that there have been no new reports suggesting the exploitation of migrant workers or labor laws during the building process, and that the UAE has made some reforms to their labour laws, including a 2017 bill guaranteeing the rights of migrant workers.

While the UFC may have avoided a repeat public relations fiasco regarding labor rights, the upcoming PPV show is still steeped in controversy. The promotions five-year deal with Abu Dhabi raises concerns about the UFCs role in the UAE governments sportswashing a term coined by Amnesty International to describe countries using sports to cleanse their human rights atrocities.

According to Human Rights Watch, UAE citizens and foreign nationals who publicly speak out against the local government are at risk of facing arbitrary detention, forcible disappearances, and torture. The UAE government also limits freedom of expression by using digital campaigns such as surveillance technology to monitor dissidents.

The UAE also maintains a leading role in the Saudi-led military coalition against Yemen, which has helped bring about the worst humanitarian crisis in the world, according to the United Nations. More than 20 million people across the country are food insecure, while tens of millions lack access to safe water, sanitation, and adequate healthcare.

Despite these various concerns, the UFC further entrenched itself in its partners political affairs when it sold its exclusive media rights in the Middle East and North Africa (MENA) region to state-owned broadcaster Abu Dhabi Media (ADM). Three months later, ADM revealed the launch of UFC Arabia, a streaming service offering live digital coverage of all UFC show in English and Arabic, as well as archived footage for a monthly fee. However, despite the UFCs claim that the new service would be accessible across the region, UFC Arabia is not available in Qatar, likely due to the Saudi-led boycott of the peninsular Arab country known as the Qatar diplomatic crisis.

In June 2017, a coalition comprised of Saudi Arabia, Bahrain, the United Arab Emirates and Egypt severed ties with Qatar and imposed a diplomatic, travel, and trading boycott. The coalition cited Qatars alleged support and funding for terrorism as the main reason for the boycott. While Qatar has acknowledged its assistance to the Muslim Brotherhood, a political islamic group that originated in Egypt, the country denied any involvement with al-Qaeda or the Islamic State (IS).

The boycott extended to sports networks such as beIN Sports, the Al Jazeera television networks sports franchise, as an attempt to hinder Qatars dominance in the MENA regions sports world. While the ban on beIN sports was eventually lifted, the diplomatic crisis remains ongoing.

While the decision to not offer the UFC Arabia service in Qatar is likely a decision that was taken by ADM and not the promotion itself, it emphasizes how the UFC has allowed its product to be used as a digital battleground for the diplomatic crisis. It also reinforces the idea that the UFCs platform is being used to rehabilitate the UAEs image, improve economic gains from tourism, and aim jabs at Qatar during a tense political standoff.

The UFC has not responded to a request for comment.