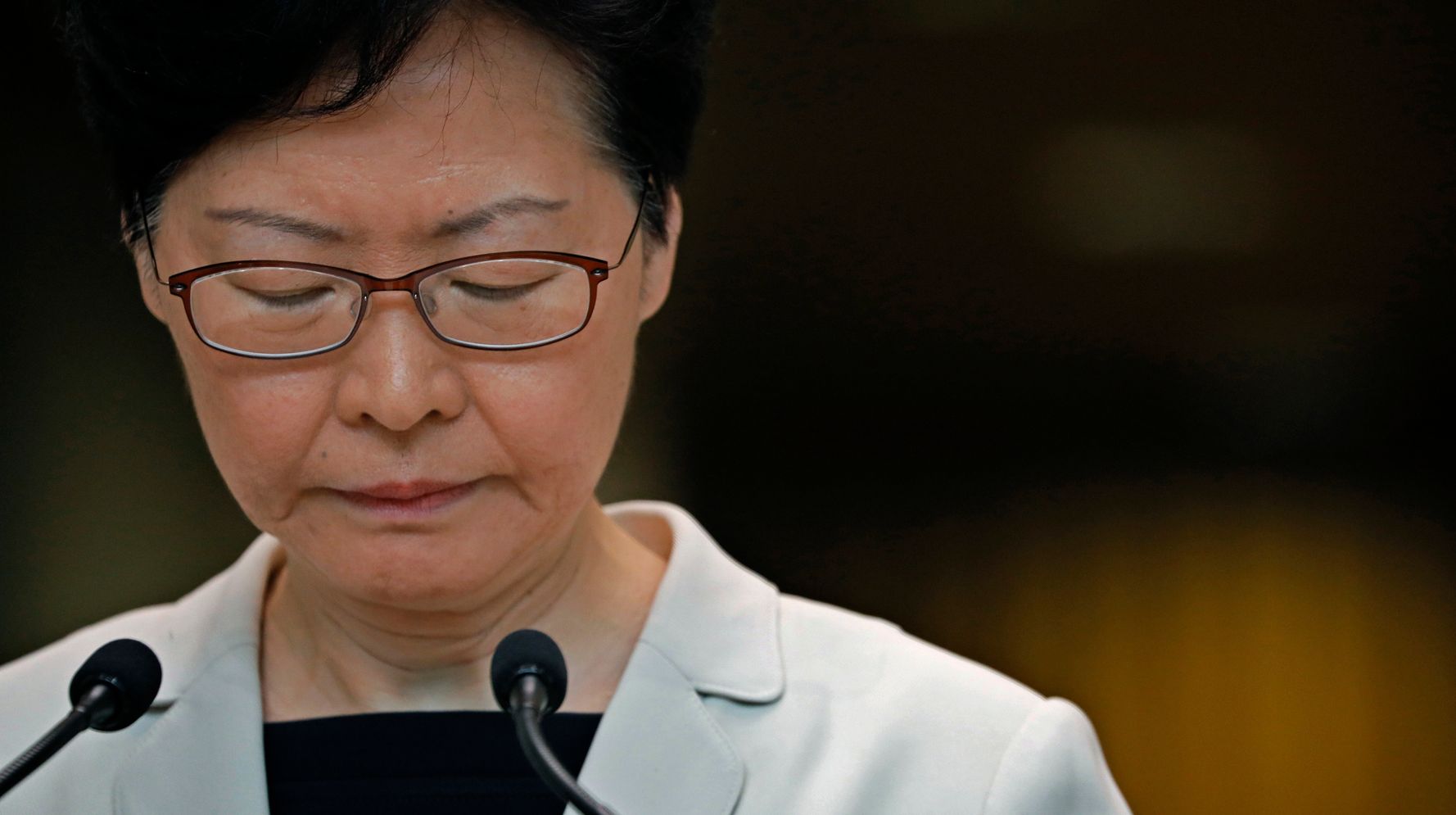 HONG KONG (Reuters) ― Hong Kong leader Carrie Lam on Wednesday announced the formal withdrawal of a controversial extradition bill that has plunged the Chinese-ruled city into its worst political crisis in decades.

The bill, which would have allowed extraditions to mainland China where courts are controlled by the Communist Party, triggered months of unrest and posed the gravest challenge to Chinese leader Xi Jinping since he came to power in 2012.

If she had a choice she would apologize and resign, according to a leaked audio recording.

At the closed-door meeting, Lam told the group that she now had “very limited” room to resolve the crisis because the unrest had become a national security and sovereignty issue for China amid rising tensions with the United States.

Lam’s remarks are consistent with a Reuters report published on Friday that revealed how leaders in Beijing were effectively calling the shots on handling the crisis.

The protests against the bill in the former British colony began in March but snowballed in June and have since evolved into a push for greater democracy.

The bill would have allowed extraditions to mainland China where courts are controlled by the Communist Party,

It was not immediately clear if the announcement of the bill’s withdrawal would help end the unrest. The immediate reaction appeared skeptical and muted and the real gauge will be how many people take to the streets.

Many are furious at perceived police brutality and the number of arrests ― 1,183 at the latest count ― and want an independent inquiry.

“This won’t appease the protesters,” said Boris Chen, 37 who works in financial services. “In any kind of time, people will find something they can get angry about.”

Pearl, 69, said the protests were no longer about the bill.

“Some of those guys may change their minds, maybe, but just a minority,” she said of the protesters. “Some of them just want to create trouble and they will continue to do so.”

Jessica, 23, a student, said the decision showed the protest efforts had been worthwhile.

“Even though it’s not the result we expected. I believe that this issue has made Hong Kong more united.”

The chief executive’s office did not immediately respond to a request for comment.

China’s Hong Kong and Macau Affairs did not immediately respond to a request for comment.

The withdrawal of the draft legislation was one of the protesters’ key demands. Lam has said before that the bill was “dead” but she did not withdraw it.

The other demands are: the retraction of the word “riot” to describe rallies, the release of all arrested demonstrators, an independent inquiry into the police perceived brutality and the right for Hong Kong people to democratically choose their own leaders.

Michael Tien, a member of Hong Kong’s legislature and a deputy to China’s national parliament, said the government should withdraw the bill and that he would support an inquiry commission.

“The government should withdraw the bill. If the government mentioned (a withdrawal) in June it would have stopped already,” he told reporters, referring to the protests.

Hong Kong returned to China under a “one country, two systems” formula that allows it to keep freedoms not enjoyed on the mainland, like the freedom to protest and an independent legal system, hence the anger at the extradition bill and perceived creeping influence by Beijing.

The Chinese government rejected a recent proposal by Lam to defuse the conflict that included withdrawing the bill altogether, three people with direct knowledge of the matter told Reuters.

Asked about that report, China’s foreign ministry said the central government “supports, respects and understands” Lam’s decision to suspend the bill. The Global Times, a nationalistic tabloid published by the Communist Party’s official People’s Daily, denounced it as “fake”.

China denies it is meddling in Hong Kong’s affairs but warned again on Tuesday that it would not sit idly by if the unrest threatened Chinese security and sovereignty.

The unrest had shown no sign of easing by Tuesday night.

Riot police fired beanbag guns and used pepper spray – both anti-riot weapons – to clear demonstrators from outside the Mong Kok police station and in Prince Edward metro station, with one man taken out on a stretcher with an oxygen mask over his face, television footage showed.

Videos showing the man being apprehended by the police in the station have been widely shared on social media with protest groups and activists saying it is evidence of the police brutality they say is widespread and needs to be investigated.

The police, who have repeatedly denied using excessive force, did not immediately respond to a request for comment. Hong Kong police are due to hold a news conference at 4 p.m. (0800 GMT).

Three men, aged between 21 and 42, were taken to Kwong Wa Hospital late on Tuesday, a hospital authority spokeswoman said.

Two, including the man stretchered out of Prince Edward station, were in a stable condition and one had been discharged, she said.