Mini plant could cut shifts in event of no-deal 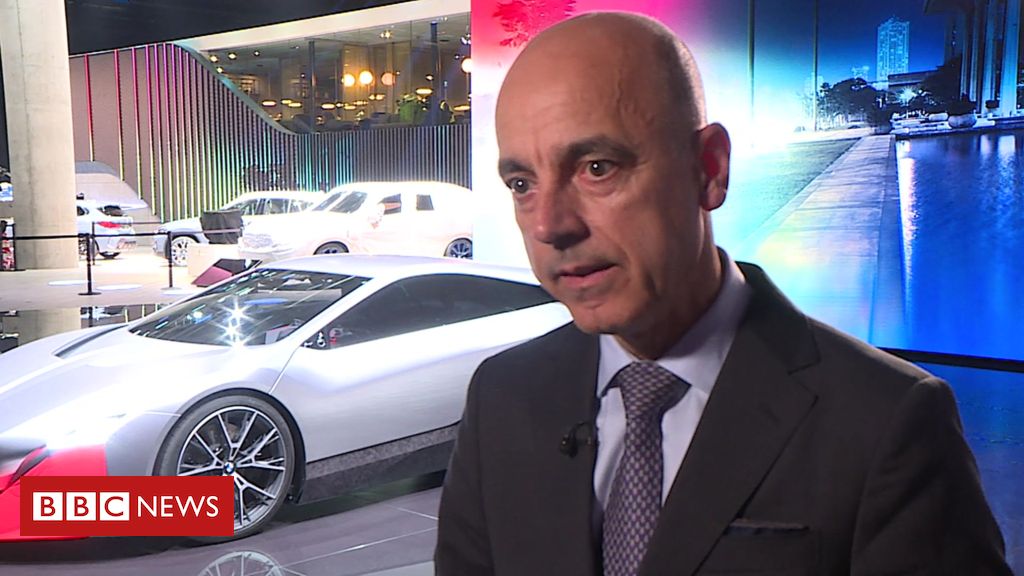 Workers at the Mini plant in Oxford could see their shifts cut in the event of a no-deal Brexit, BMW’s finance chief has told the BBC.

But he said BMW, which also makes Minis in the Netherlands, had no plans to “shift production” as yet.

Boris Johnson has said he plans to take the UK out of the EU on 31 October – with or without a deal.

“No-deal would mean that, most likely, [World Trade Organisation] tariffs would be imposed from 1 November onwards,” said Mr Peter, who was attending the Frankfurt motor show.

“This would mean that we would most likely have to raise the prices of the products produced in the UK and shipped to other markets [in the EU].

“The increase of price means an impact on the volume you sell, and would eventually lead to a reduction of produced cars in Oxford.”

As a result, he said, the factory would have to reduce its output, and would use production cuts “as a first step” to cope.

A range of car companies in the UK have warned that the loss of frictionless trade after a no-deal Brexit could damage their business.

For example, the PSA Group has said it will only build the next generation Vauxhall Astra at its Ellesmere Port plant if a satisfactory Brexit deal is reached.

Investment in the industry has also fallen sharply amid fears the UK will no longer be a competitive place to build cars if it crashes out of the bloc.

Mr Peter said there were no plans to close any UK factories on the table, but the firm will shut its Cowley plant on 31 October and 1 November .

Shutdowns are common in the car industry, and BMW as well as Toyota plan to pause production to minimise disruption after Brexit.

“But of course what’s extremely important is to use the weeks we have before 31 October to develop and implement a constructive Brexit solution,” Mr Peter said.

Some politicians have argued that warnings about the potential damage of a no-deal Brexit have been exaggerated.

Before becoming Leader of the House of Commons, pro-Brexit Conservative MP Jacob Rees-Mogg said in July that quitting the EU without a deal could result in an £80bn boost for the economy.

He also dismissed as “pure silliness” Treasury forecasts warning of a £90bn hit to the UK – projections that former Chancellor Philip Hammond later described as “terrifying”.