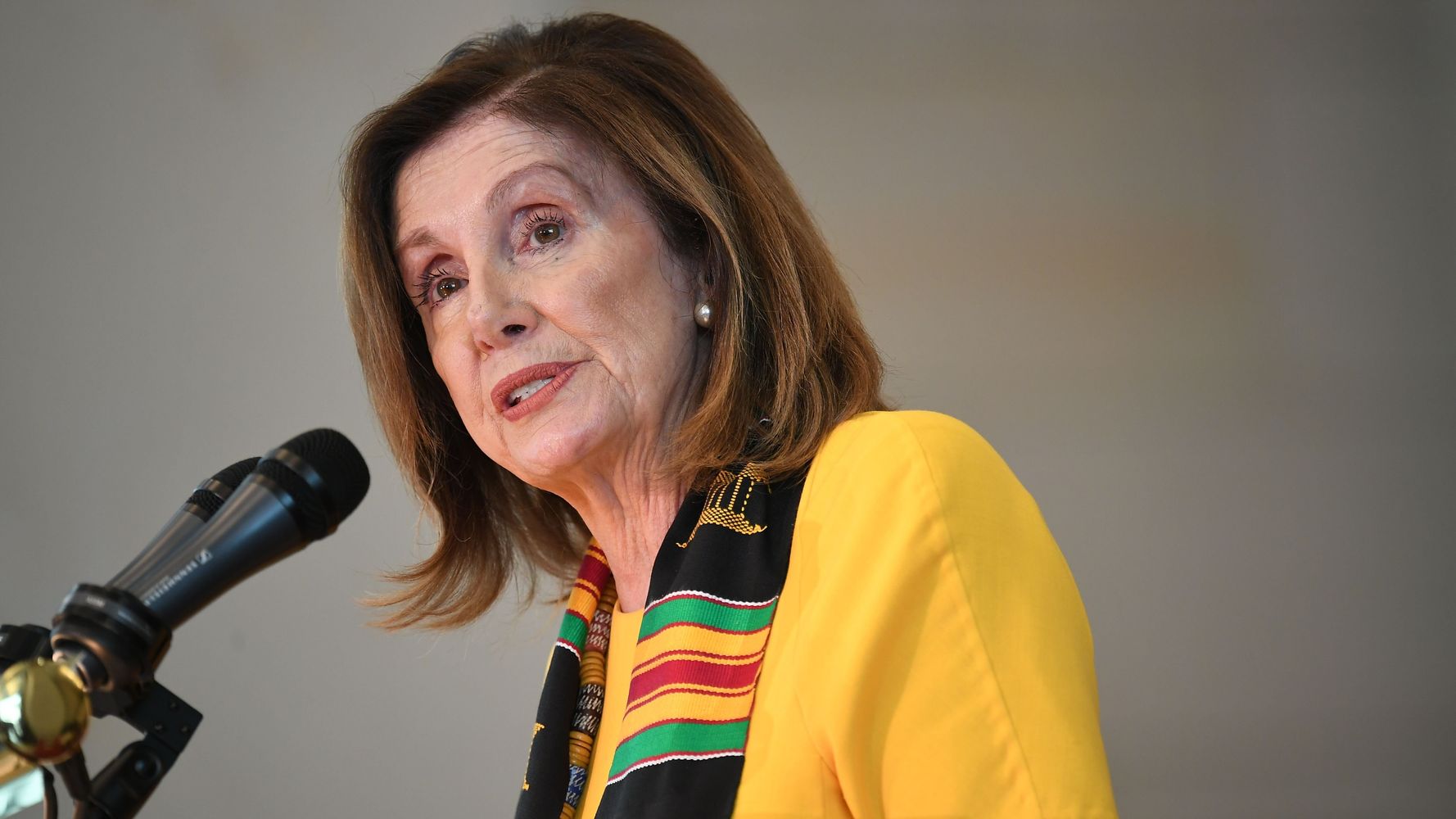 House Speaker Nancy Pelosi’s proposed bill to lower prescription drug prices has won qualified praise from some of the progressives who have been most critical of her handling of the issue.

“This is an ambitious plan, as any meaningful response to outrageous prescription drug prices and nationwide treatment rationing must be,” Peter Maybarduk, director of Public Citizen’s Global Access to Medicines Program, said in a statement. “Nevertheless, there are important limits on this plan’s capacity to make medicine affordable.”

The California Democrat’s plan would force pharmaceutical companies to negotiate lower prices on as many as 250 of the costliest prescription drugs on the market, according to a summary of the legislation, H.R. 3, published by Bloomberg Government on Monday evening.

Critically for advocates of affordable prescription drugs, the bill would cap drug prices at an average of the lower rates offered in other nations and levy a 75% tax on gross sales in the previous year for drug makers that do not reach an agreement on lower prices with the federal government. Pharmaceutical companies would also have to retroactively rebate to the federal government the money it made from price increases on drugs purchased by Medicare that have exceeded inflation since 2016.

Previous iterations of Pelosi’s plan, of which her top health policy adviser Wendell Primus has been the architect, covered as few as 25 drugs and relied on an arbitration process between the federal government and drug makers to serve as a backstop in the event of an impasse in negotiation. The prospect of relying on arbitration was a particular sore point with progressives, who noted that it is a process that favors corporations with expensive legal teams.

The most ambitious drug price bill in Congress, introduced by Rep. Ro Khanna, a California Democrat, and Sen. Bernie Sanders, a Vermont independent, goes significantly further than Pelosi’s legislation, threatening to impose generic drug competition on pharmaceutical companies if prices of any drugs ― not just a select group ― exceed the average rates in five developed nations.

Khanna, a vice chair of the Congressional Progressive Caucus, lauded the plan in a statement for taking on “outrageously high drug prices through direct negotiation as opposed to private arbitration,” as well as the provision tying costs to prices in other countries as his bill does.

But he expressed hope that Pelosi would consider expanding the universe of prescription drugs over which the federal government would negotiate. “We should not bind our hands when it comes to lowering health care costs,” he said.

Alex Lawson, the executive director of Social Security Works, a nonprofit pushing a tougher approach with drugmakers, echoed Khanna’s call for the bill to include all prescription drugs. He also called for the rebates on price hikes that exceeded inflation to apply to all drugs, not just those purchased by Medicare.

For his part, Maybarduk of Public Citizen took issue with tying U.S. drug prices to rates abroad, arguing instead for “a fresh opportunity to establish fair prices” based on “real research opportunities and investments.”

But overall, the activist response was an about-face from months of griping about a process that they complained they had been shut out of.

Prescription drugs are like gun violence laws: 90% of the country wants strong legislation. The only people who don’t are the interest groups. Rep. Ro Khanna (D-Calif.)

The speaker’s office argued that limiting the number of drugs subject to negotiation is essential to making sure the Department of Health and Human Services has the time and resources needed to negotiate sufficiently low prices on the drugs it bargains over. Given the difficulty of going up against the pharmaceutical companies, it is better to make sure that the drug prices it does address actually go down significantly, according to Pelosi’s office.

At the same time, Pelosi’s staff and several House Democrats with close ties to congressional leadership insisted that the summary of the bill obtained by Bloomberg Government is out of date, though they would not discuss the ways in which it was likely to change.

“We continue to engage Members across the caucus as the committees of jurisdiction work to develop the boldest, toughest possible bill to lower prescription drug prices for all Americans,” Pelosi spokesman Henry Connelly said in a statement.

If the speaker plans to introduce a bill that is more accommodating to pharmaceutical companies, though, Khanna argued that it would be a tough sell in the House Democratic Caucus.

“We need to make the bill stronger, not weaker, to get support from the House Democratic Caucus,” he said. “Prescription drugs are like gun violence laws: 90% of the country wants strong legislation. The only people who don’t are the interest groups. We need to be for the boldest possible legislation we can.”

Rep. Jan Schakowsky, an Illinois Democrat in the Congressional Progressive Caucus, emphasized her deep disagreement with any bill that uses arbitration as a backstop in negotiations. “That’s been a major issue for me,” she said.

Rep. Jim McGovern of Massachusetts, a CPC member who chairs the House Rules Committee, was less specific about his red lines, saying he wants a prescription drug bill that’s “real, not Memorex.”

When an earlier draft of prescription drug legislation that Pelosi aide Primus had been negotiating came out in May, it elicited outrage among progressive activists not just because it covered so few drugs and relied on arbitration as a backstop for an impasse in negotiations, but because it reflected too much of a conciliatory posture toward President Donald Trump. Primus was reportedly trying to craft the bill with an eye toward what could get Trump’s signature, rather than writing legislation providing the maximum possible relief for patients and then forcing Trump to take it or negotiate it down from there. It felt to activists like another case of Democrats negotiating with themselves before they even got to the bargaining table.

But slowly, as more liberal House Democrats ― including Rep. Mark Pocan of Wisconsin, a co-chair of the CPC ― protested, behind closed doors and in the press, Pelosi and her team moved in their direction. Pocan reported in June that Pelosi had assured him and his fellow CPC co-chair, Rep. Pramila Jayapal of Washington, that the bill would cover 250 drugs, rather than 25.

The collaboration of Senate Finance Committee Chairman Chuck Grassley, an Iowa Republican, and the committee’s ranking Democratic Sen. Ron Wyden of Oregon, on a bill with key concessions to Democrats also improved House progressives’ bargaining power, according to an advocate involved in lobbying congressional leadership on the matter. The legislation, which Grassley and Wyden introduced in late July, included a form of the inflation-based rebates for Medicare drugs that ended up in Pelosi’s House bill.

The CPC kept the heat on with a letter to Pelosi and Majority Leader Steny Hoyer of Maryland in late August articulating their priorities for any prescription drug bill. They had four main demands: direct negotiation; no arbitration; “robust safeguards,” such as the threat of generic competition, aimed at locking in lower prices; and no limits on the number of drugs covered by the plan.

In a Tuesday statement about the leaked bill summary, Pocan, Jayapal and Texas Rep. Lloyd Doggett, who chairs the House Ways and Means Committee’s panel on health care, expressed optimism that Pelosi would address their outstanding concerns about the bill.

The trio said they are seeking answers about the way the 75% tax would be implemented; why there is a cap on the number of drugs negotiated; why cost of drugs is the sole criterion for assessing which drugs get negotiated; and why the bill does not include the threat of generic competition as leverage for negotiations.

“Let’s deliver on our pledge last year with meaningful legislation that actually lowers medicine costs for consumers,” they said in the statement.

Pelosi’s office maintains that the speaker was planning to steadily improve on the bill all along and that various leaked drafts of the legislation had not reflected what the end product would look like.

But in their statement, the CPC’s leaders suggested that their pressure on leadership has already had an impact.

“We are pleased that the leaked draft plan from Speaker Pelosi contains several important CPC priorities, including a direct negotiation proposal instead of arbitration and action to lower prices for all payers,” Reps. Pocan, Jayapal and Doggett said.