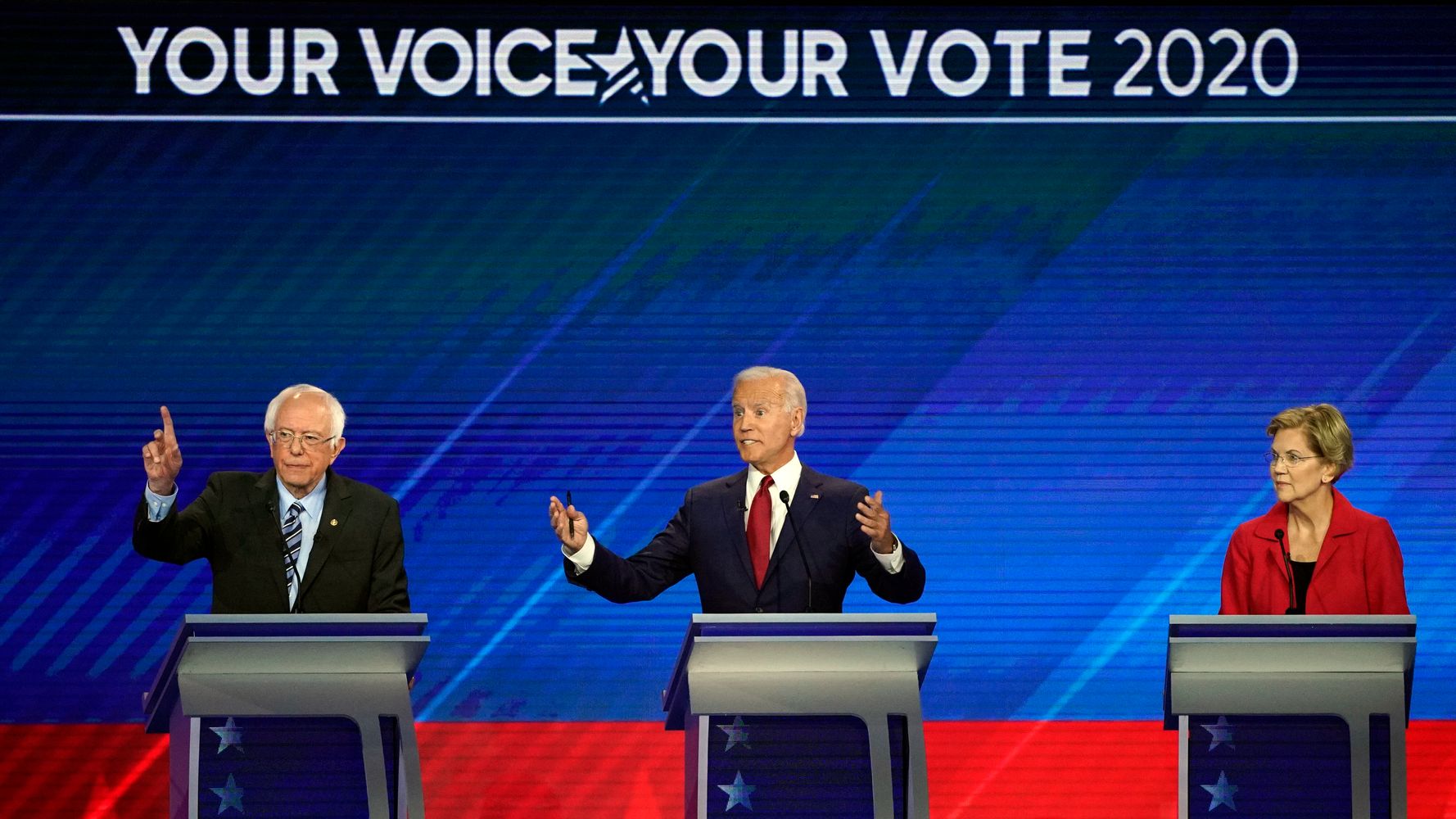 Leading Democratic presidential candidates sought to differentiate themselves on health care at a Houston debate Thursday by vying to find out what scares voters more: the potential for higher taxes or to continue to be subject to the whims of the private health insurance system.

Once again, questioning from debate moderators focused heavily on the need for tax increases to finance large-scale programs like “Medicare for All,” a line echoed by former Vice President Joe Biden and other relatively moderate candidates. Biden also hammered away at his theme that his health care platform wouldn’t disrupt the coverage for the many millions of Americans who currently have health benefits provided by their employers.

“The 160 million people who like their health care now, they can keep it. If they don’t like it, they can leave,” Biden said.

Among the 10 contenders on the stage at Texas Southern University, Sens. Bernie Sanders (I-Vt.) and Elizabeth Warren (D-Mass.) are the lone remaining full-throated supporters of erecting a single-payer “Medicare for All” health care system that would replace a system that mixes private coverage for most working-age adults with public programs for the elderly and the poor.

Sanders and Warren emphasized the ways health insurance companies deny care to policyholders and vowed that middle-class people who see lower costs under a single-payer program, even if the money they spend will be in the form of taxes rather than insurance premiums. Sanders authored the legislation to create Medicare for All, which Warren has endorsed during the campaign.

Biden, the front-runner in the campaign for the Democratic Party nomination so far, is among those candidates who have backed a smaller but still substantial increase in the federal government’s role in providing health care to Americans. Among other things, Biden has proposed creating a government-run public option program people could choose as an alternative to private insurance.

As it has from the beginning of this election cycle, the finer points of these two approaches were mostly overshadowed by a dispute over whether to build on private health insurance, as transformed already by the Affordable Care Act, to make coverage more affordable and fair or whether the solution to high costs and poor benefits is to follow the rest of the developed world’s lead and establish a single program for everyone.

Biden and other candidates, including Sens. Kamala Harris (Calif.) and Amy Klobuchar (Minn.), have based their case largely on limiting costs preserving choice and allowing Americans to decide whether to select private insurance or the public option.

“How are we going to pay for it? I want to hear tonight how that’s happening,” Biden said.

For Sanders and Warren, the principles of guaranteeing lifelong access to stable, government-provided health benefits trump the notion of choice.

These two candidates also see higher taxes on wealthy households and businesses as a principle of their own and a means to reduce inequality while also financing medical care. Sanders in particular has long held that profit motives in the health care industry pervert the system by prioritizing financial considerations over providing care.

“We need a health care system that guarantees health care to all people, as every other major country does, not a system which provides $100 billion a year in profit to the drug companies and the insurance companies,” Sanders said.

Polling suggests that Democratic voters and Democratic-leaning independents are open to Medicare for All, but more of them support the incremental approach favored by Biden and the other candidates.

According to Henry J. Kaiser Family Foundation survey results published Thursday, given a choice between building on the Affordable Care Act and replacing the private insurance system, 55% of those voters support the more incremental approach and 40% support the more sweeping plan.