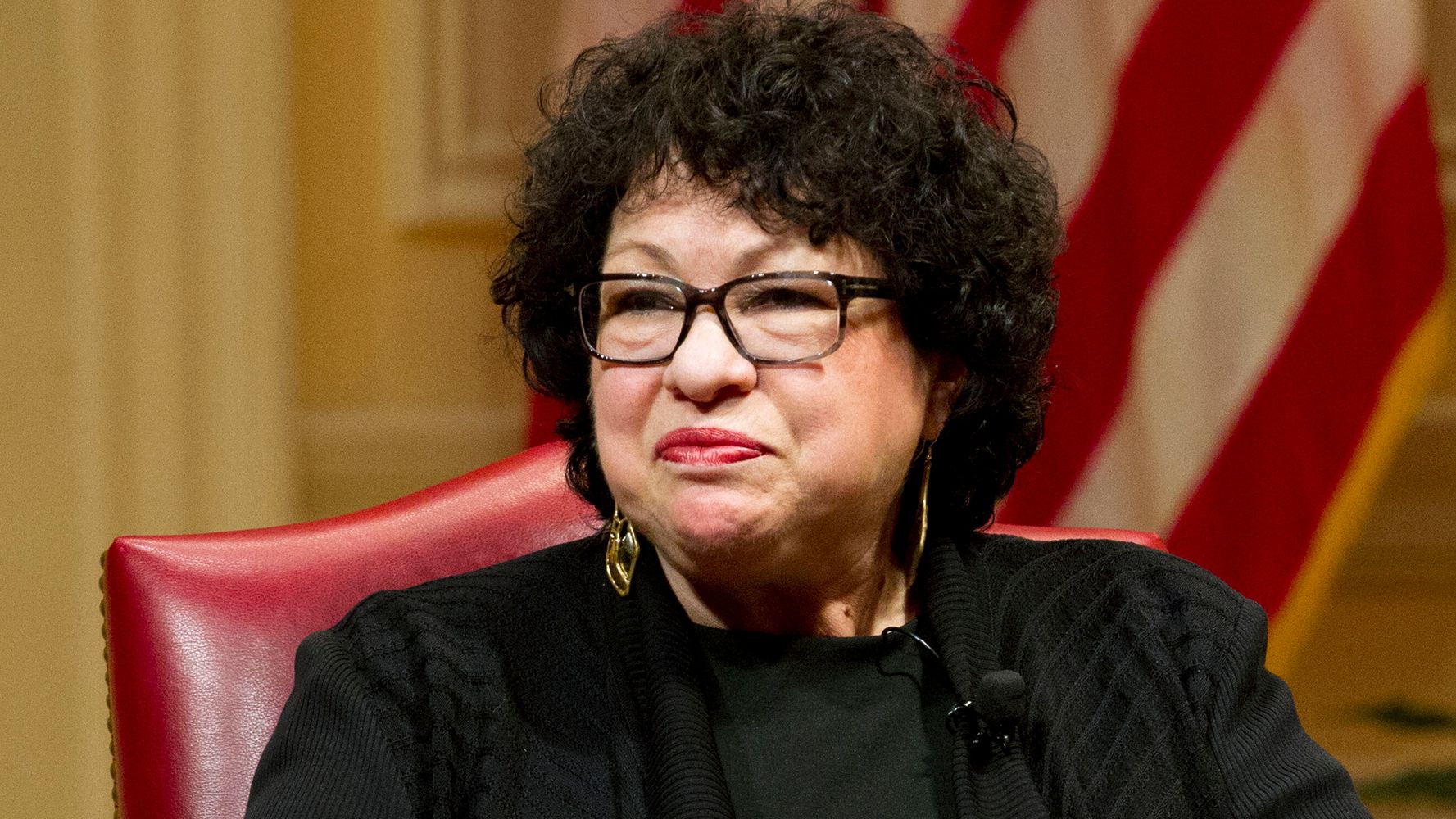 Supreme Court Justice Sonia Sotomayor wrote a fierce dissent on Wednesday after a majority of her colleagues allowed President Donald Trump’s effort to ban most migrants from Central America from seeking asylum in the United States to go forward while legal challenges to the policy make their way through the court system.

“Once again the Executive Branch has issued a rule that seeks to upend longstanding practices regarding refugees who seek shelter from persecution,” wrote Sotomayor, who was joined in her dissent by Justice Ruth Bader Ginsburg. “Although this Nation has long kept its doors open to refugees — and although the stakes for asylum seekers could not be higher — the Government implemented its rule without first providing the public notice and inviting the public input generally required by law.”

The nation’s highest court ruled that the Trump administration could go ahead with its restrictions on migrants seeking asylum at the U.S.-Mexico border as the case makes its way through the legal system. The court’s ruling was a political victory for the White House, which has sought to limit the tide of people from Central America seeking refuge in the United States after fleeing violence and poverty at home. It came two days after a federal judge reinstated a nationwide injunction barring the White House from enforcing the policy.

Under the new asylum policy, the Trump administration will be able to reject the applications of migrants who reach the U.S. border without first seeking asylum from any countries they journeyed through first. There are exceptions for those who were the victims of trafficking or for people who sought and were denied asylum in another country.

The measure is largely seen as an effort to discourage thousands of people who want to seek refuge in the United States, and Attorney General William Barr said in July the U.S. would clamp down on “forum shopping by economic migrants.”

“This Rule is a lawful exercise of authority provided by Congress to restrict eligibility for asylum,” Barr said at the time. “The United States is a generous country but is being completely overwhelmed by the burdens associated with apprehending and processing hundreds of thousands of aliens along the southern border.”

Trump has had several wins in his immigration battle in recent months. The Supreme Court in July allowed him to use $2.5 billion in Defense Department money to finance construction on his promised border wall, even after lawmakers largely rejected his efforts to re-appropriate the money and bypass congressional authority.

The White House said it was “pleased” by the Supreme Court’s decision. Spokesperson Hogan Gidley said in a statement that the ruling would allow officials to “implement important, needed fixes to the broken asylum system.”

But Sotomayor wrote in her dissent that her colleagues had taken an extraordinary step to allow the Trump administration’s asylum policies to go forward while the case was still under consideration in the federal court system.

“By granting a stay, the Court simultaneously lags behind and jumps ahead of the courts below,” she wrote. “And in doing so, the Court sidesteps the ordinary judicial process to allow the Government to implement a rule that bypassed the ordinary rulemaking process.