The wearable LEX chair lets you sit where you want but will it catch on? 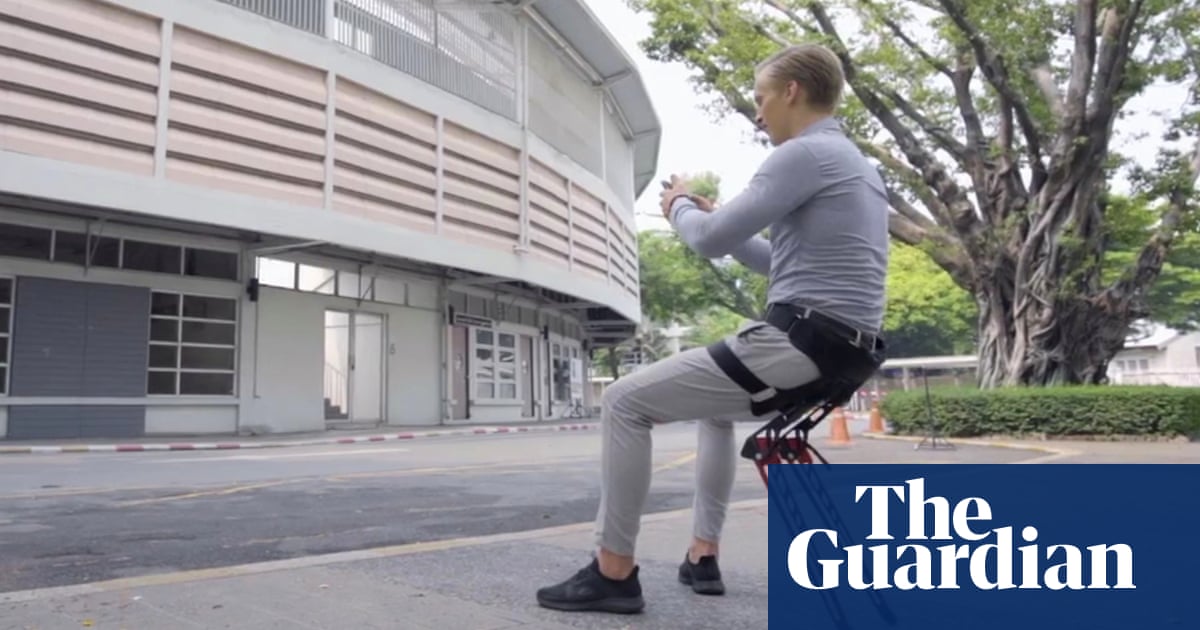 A pair of aluminium legs that you strap to your bum could be the solution for people who find there are not enough chairs in the world. As long as they dont mind looking ridiculous 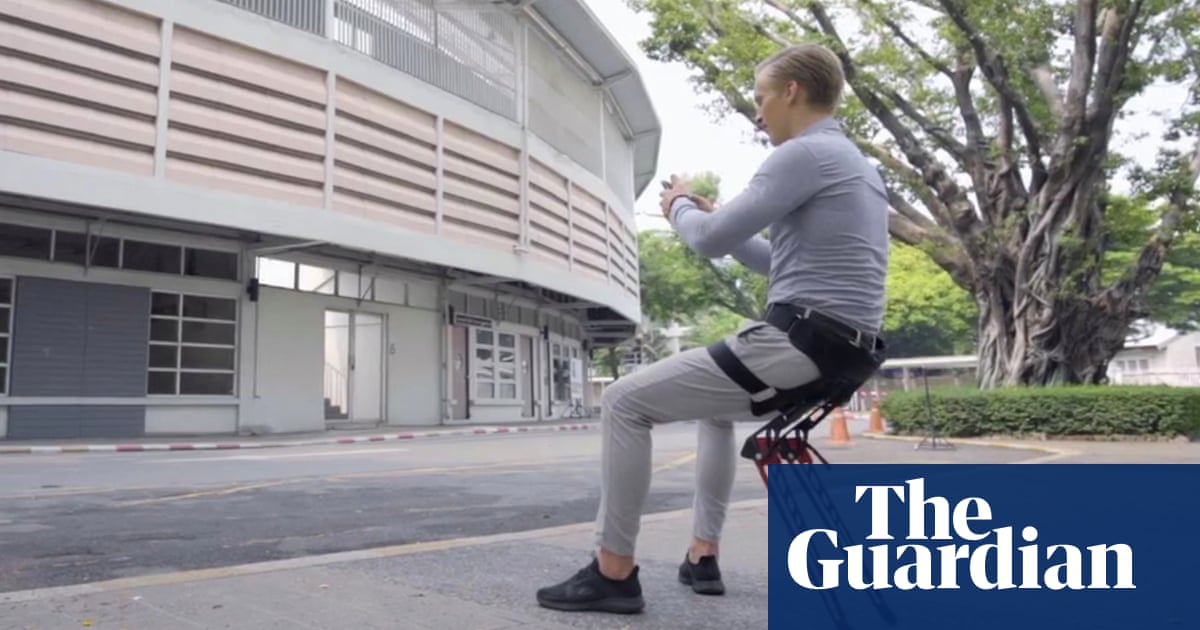 On Wednesday night, the Tech Insider Twitter account made a simple statement: This wearable chair could change how we work and travel. The text was accompanied by a short video advertising the LEX bionic chair, a pair of 200 foldable aluminium legs that you strap to your bum and lean against whenever your legs get a bit tired. In the video, a man uses the LEX while sitting at a desk, waiting for a bus, and taking photos. It really does it all.

The LEX began as a Kickstarter project last September, which claimed the chair was designed to enhance posture, comfort and life. It has already been fully funded according to the Kickstarter, more than $143,000 (115,000) has been pledged, smashing the $50,000 goal which proves that there is a market for it, but the Tech Insider tweet provoked less positive reactions. Im not sure ass prongs was the invention the world was waiting for, replied one user. Another simply stated: LAME.

The LEX website offers the tempting prospect of being able to sit down anywhere, whenever you want. Wear it on a hike and you can stop for a breather with minimal fuss. Wear it on your commute and youre guaranteed a seat at the platform. It will stop you crouching down uncomfortably during DIY.

More than that, though, the LEX is a nifty posture-correction tool. Used standing up or sitting down, its in essence an exoskeleton that helps to keep your back in good alignment whether youre sitting or standing. It even comes with something called a load distribution module, a little platform that you can rest your backpack on as you wear it, significantly lowering the burden on your spine. When you think about the money that the NHS spends on treating back pain each year not to mention the effect on the economy of days lost to back pain then the LEX could become more than just a nifty little seat; it might even help fix a broken nation.

But for every pro theres a con. In the LEXs case, the big con is that it looks absolutely ridiculous. Its not really a wearable chair, more a shooting stick that you Velcro to your bum at the cost of getting to sit in a more comfortable chair. And, not to be indelicate about this, but what are you supposed to do when you need the toilet? Fastidiously spend a couple of minutes unfastening all the straps before you can sit down? Hardly. Listen, Ive needed the toilet before, and sometimes these things happen without warning. For that reason, Im out.