US to stage its largest ever climate strike: ‘Somebody must sound the alarm’ 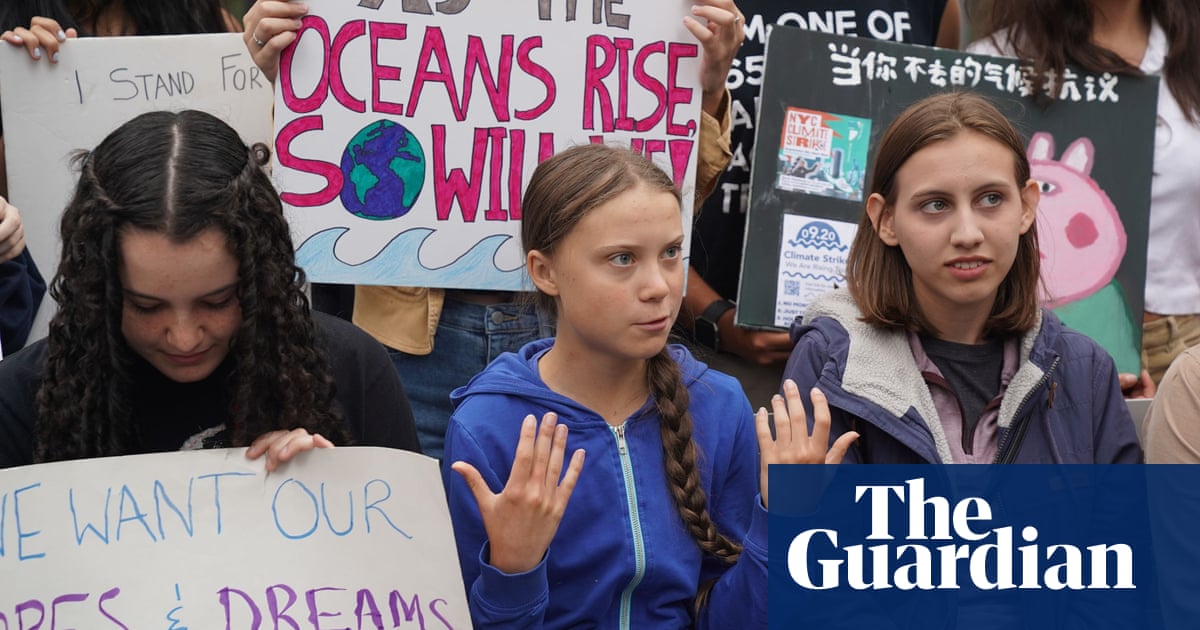 Strikes planned in more than 1,000 locations as unions and some companies support school students action 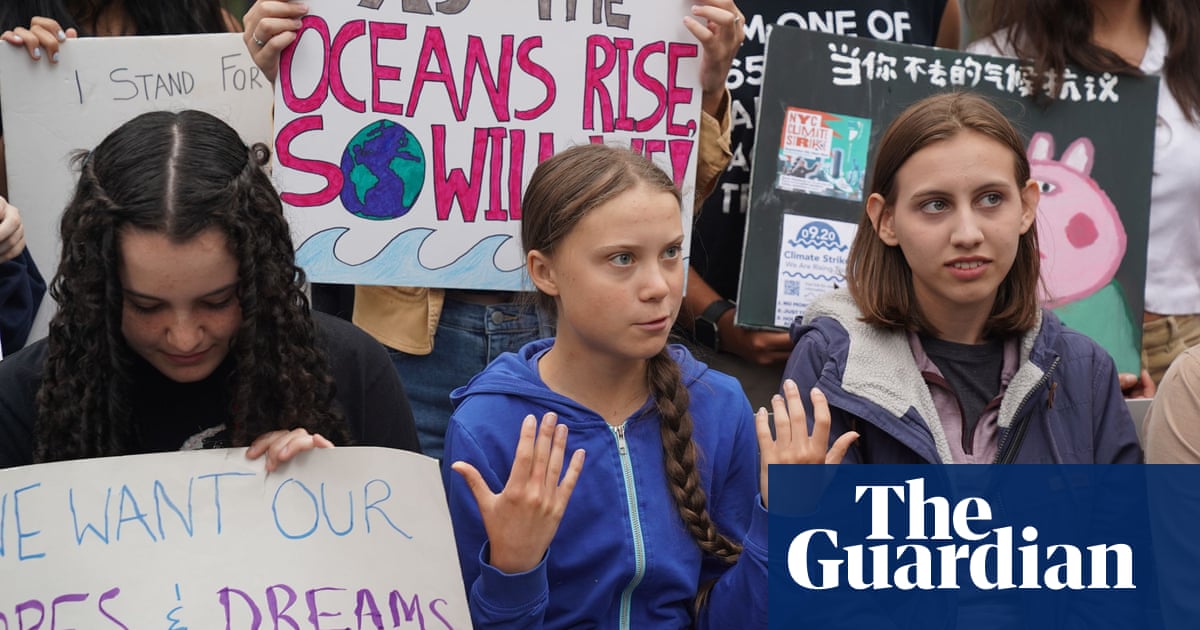 The US is to stage its largest ever day of protest over the climate crisis, with tens of thousands of students joined by adults in abandoning schools and workplaces for a wave of strikes across the country.

Climate strikes will take place in more than 1,000 locations in the US on Friday, with major rallies in New York, Washington DC, Boston, Chicago, San Francisco and Miami. Globally, more than 4,500 strikes are planned across 150 countries.

The young strikers totemic figure, the Swedish climate activist Greta Thunberg, will take part in the New York walkout and will speak to massed protesters in Manhattan. Authorities in New York have announced that its student population of 1.1 million is able to skip school to attend the strikes.

In March, more than 1 million school students took part in a global climate strike but Fridays iteration is likely to be swelled further by adults encouraged to walk out of their workplaces in support of the young protesters, who are demanding a halt to fossil fuel projects and a complete shift to renewable energy.

Dozens of companies, including Patagonia, Ben and Jerrys and the Guardian, will support striking staff, with major unions also backing the walkouts. Thousands of websites, such as Tumblr and Kickstarter, are set to go dark as tools are downed on Friday lunchtime. Hundreds of doctors have written medical notes to excuse students from their classes due to the threat posed by the climate crisis.

This is going to be the largest mobilization for climate action in history, said Alexandria Villaseor, a 14-year-old who has been protesting outside the UN headquarters over climate every Friday since December.

World leaders can either listen now or listen later, because our voice is only going to get louder as the climate crisis gets more urgent. Adults need to step up and support us. Civil disobedience breaks the system and once its broken its an amazing opportunity to make things better.

Dulce Belen Ceballos Arias, an 18-year-old from San Francisco, said she will be striking because I want children of my own and I want them to have a better life than me. I dont want that to be taken away by climate change.

Students in Boston will also be excused school, with a crowd of 10,000 expected to assemble. We are excited to disrupt business as usual, to demand a Green New Deal, Audrey Maurine Xin Lin, an 18-year-old organizer in Boston, in reference to the resolution put forward by progressive Democrats to enact a second world war-style economic mobilization to eliminate greenhouse gas emissions.

A parallel protest will take part in New York, highlighting the impact of the climate crisis on people of colour and to mark the second anniversary of Hurricane Maria, which devastated Puerto Rico. In Seattle, more than 1,500 Amazon employees will strike over the companys climate policies.

The strikes have been backed by several cities. When your house is on fire, somebody needs to sound the alarm, read a joint statement by the mayors of New York, Paris and Los Angeles. Young people in our cities, displaying incredible maturity and dignity, are doing just that.

The sprawling strikes represent a remarkable escalation of Thunbergs decision last year to start skipping school on Fridays to protest against inaction by the Swedish government over the climate crisis. A global movement has since grown from the 16-year-olds stand, and young people have expressed outrage that their generation is being left a world with increasingly punishing heatwaves, storms, flooding and societal unrest.

Thunberg, who has abjured plane travel, arrived in New York on a solar-powered racing yacht last month and has since become a focal point for the climate movement, appearing on talkshows and in Congress to excoriate its members. She has also met Barack Obama, who called her one of our planets greatest advocates.

Her US sojourn will culminate with the UN climate summit, to be held in New York on Monday. She will address world leaders who have assembled to help revive the flagging international effort to avoid disastrous global heating.

The US and Brazil, led by nationalist leaders disdainful of climate science, have slowed momentum, with a UN report last week warning that the required ambition is lacking among most countries.

The audacity of kids simply asking leaders to lead is extraordinary. We are indebted to them, said Rachel Kyte, special representative for the UN secretary general for sustainable energy. They are rightly impatient.

Not every country is aligned to the need for fast action. The hope is that the US will join in at the point where public opinion is able to influence the national voice more than it does today.