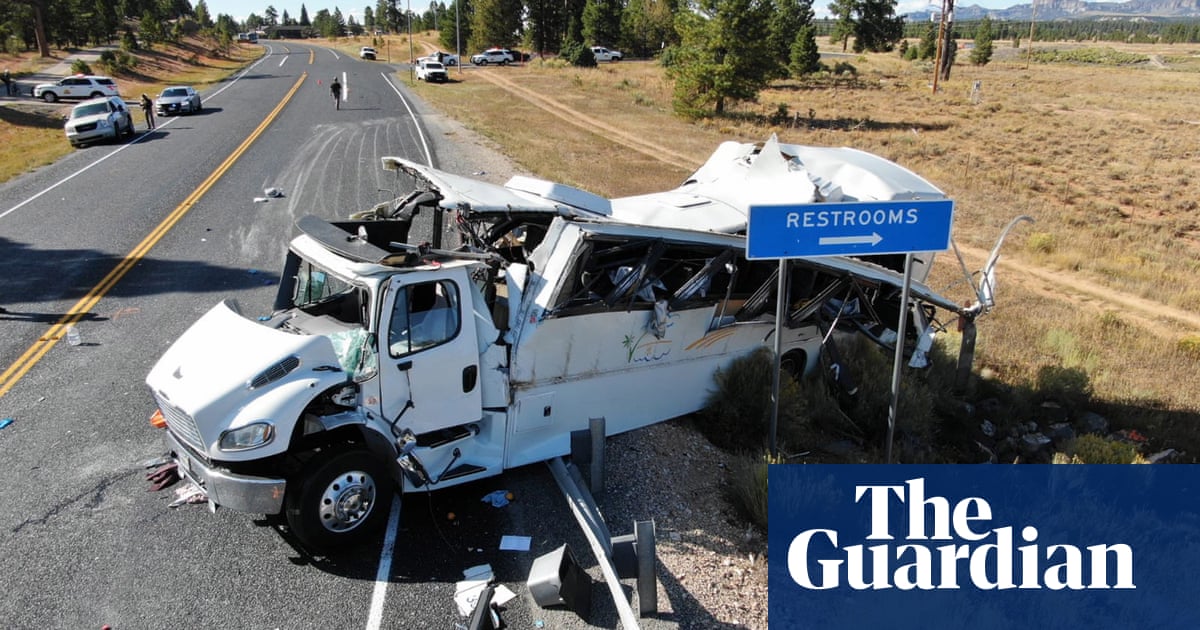 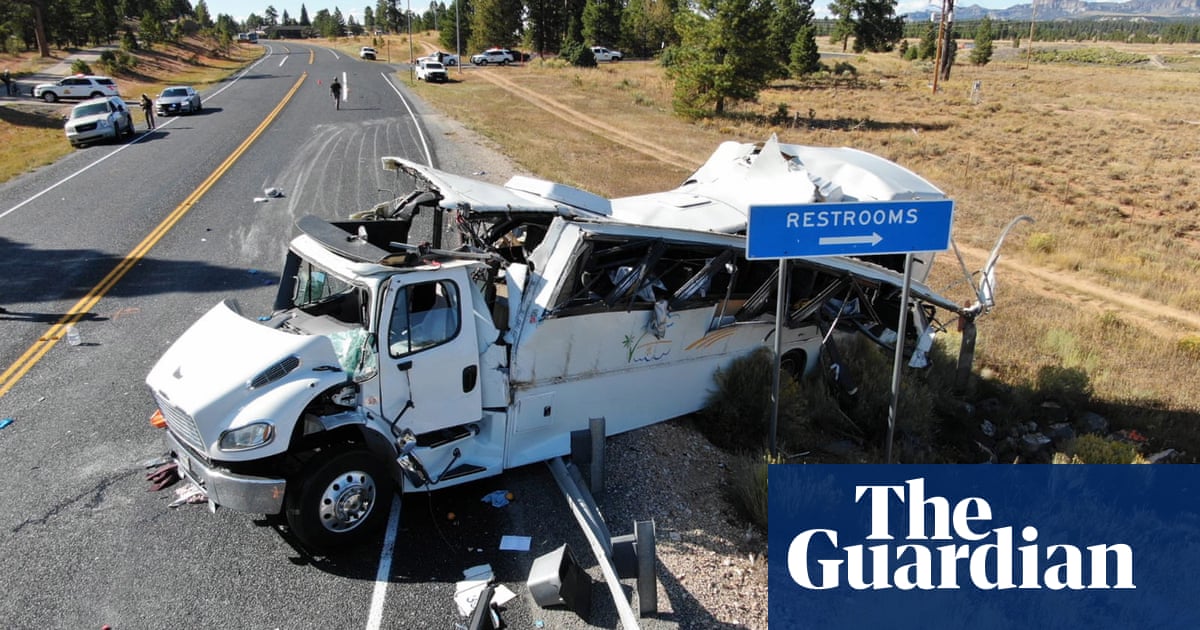 Four people died on Friday after a tour bus carrying visitors from China crashed on a highway in the red-rock landscape of southern Utah.

Robert Driedonks, who said he heard the crash from the wildlife museum he owns nearby, said it sounded like a bomb going off. He ran to the scene, rushing to help terrified people as best he could, though they could not understand his words.

All I could do is see which people needed helped help the most, he said. One devastated man was cradling his dead wife. Driedonks wrapped his arms around them both, he said, until paramedics arrived.

Most were in St George, where Mandarin speakers were gathering to translate as well as find clothes and shoes for people left with nothing. The crash threw their suitcases into the desert, said De He, a school district administrator coordinating the effort.

The tour bus had come from Las Vegas on Friday morning, the passengers seeing the canyons of Zion national park before heading for the otherworldly red-rock landscape of Bryce Canyon national park, He said. Most were older adults.

Not everyone was wearing a seatbelt when the bus from a tour company in southern California rolled, crushing its roof and ramming the guard rails vertical posts into the cab, Street said. The death toll could rise, he added.

The crash happened near a highway rest stop a few miles from Bryce Canyon. The top of the white bus could be seen smashed inward and one side was peeling away as the vehicle came to rest.

Authorities believe the driver swerved but when he yanked the steering wheel to put the bus back on the road the momentum sent it into a rollover crash.

The driver, a US citizen, survived and was talking to investigators, Street said. The driver did not appear intoxicated but authorities were still investigating his condition as well as any possible mechanical problems, he said.

There was some wind but not strong enough to cause problems, Street said. The National Transportation Safety Board was sending a team to investigate.

The company listed on the bus was America Shengjia. Utah business records indicate it is based in Monterey Park, California. A woman answering the phone there did not have immediate comment.

Millions visit Utahs five national parks every year. Last year, about 87,000 people from China visited the state, making them the fastest-growing group of Utah tourists, according to state data. More than half of visitors from China travel on tour buses, said Vicki Varela, managing director of Utah Office of Tourism.