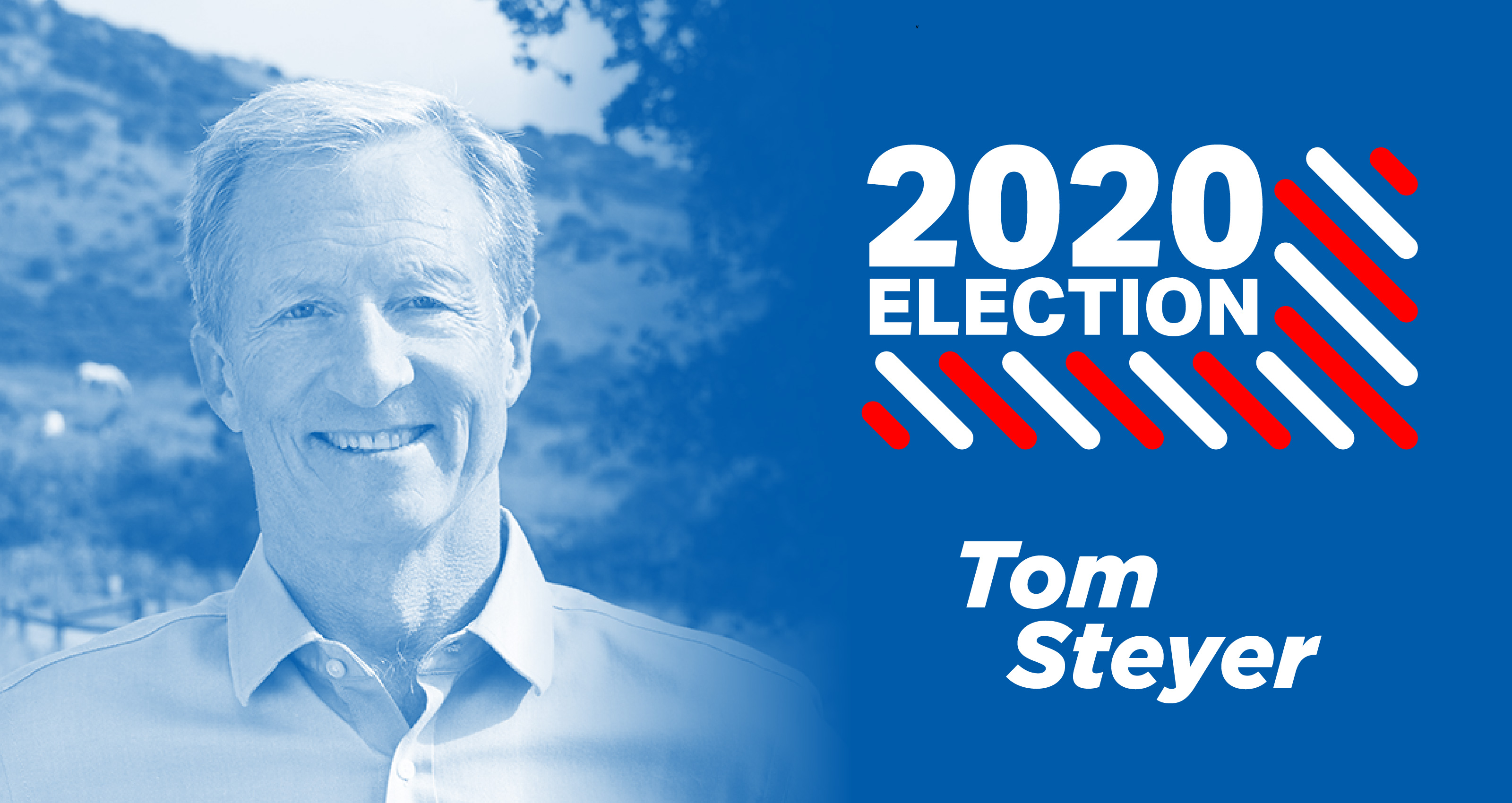 In November 2020, America will go to the polls to vote in perhaps the most consequential election in a generation. The winner will lead the country amid great social, economic and ecological unrest. The 2020 election will be a referendum on both the current White House and the direction of the country at large.

Nearly 20 years into the young century, technology has become a pervasive element in all of our lives, and will continue to only grow more important. Whoever takes the oath of office in January 2021 will have to answer some difficult questions, ranging from an impending climate disaster to concerns about job loss at the hands of robotics and automation.

Many of these questions are overlooked in day to day coverage of candidates and during debates. To better address the issues, TechCrunch staff has compiled a 10-part questionnaire across a wide range of tech-centric topics. The questions have been sent to national candidates, regardless of party. We will be publishing the answers as we receive them. Candidates are not required to answer all 10 in order for us to publish, but we will be noting which answers have been left blank.

This time out, we’re speaking to Tom Steyer. The California-based billionaire hedge fund manager spent time at Morgan Stanley and Goldman Sachs before founding and heading up Farallon Capital Management. The investment firm managed $21 billion in investments with Steyer at the helm. In recent years, he has become an outspoken opponent of climate change, giving a speech at the 2012 Democratic National Convention. In 2017, he rose to national political prominence starring in a self-funded $10 million TV ad campaign calling for the Donald Trump’s impeachment.

1. Which initiatives will you prioritize to limit humankind’s impact on climate and avoid potential climate catastrophe?

Climate change is a crisis as big and urgent as any other that this country and our planet has faced. It demands our immediate attention on all levels of government and society. Our country needs a strong president who will make this a top priority. On my first day in office, I will declare the climate crisis a national emergency and use the emergency powers of the presidency to implement a plan to build a safer, more sustainable world, with or without Congress. This is truly a global crisis, and it is long past time for the United States to take the lead in solving it. I have been on the ground working with local groups to take on polluters and save the planet. One campaign I successfully led was the No on Prop 23: a coalition that defeated a ballot initiative sponsored by out of state oil interests that would have rolled back California’s nation-leading climate laws.

2. What is your plan to increase black and Latinx startup founders’ access to funding?

Finance and banking were built around a pretty basic idea — some people have money, while others need it to buy homes, build a business and improve their lives. Moving that money around efficiently was the key to success. The free flow of capital fuels the private sector. But not everyone has equal access to that capital, particularly for the innovative new products that could redefine society. In particular, we know that women, black and Latinx founders have been held back by racists and misogynists and do not have the same access to funding that their white, male counterparts enjoy.

So here’s what I have done: my wife and I created Beneficial State Bank as an alternative to the big financial institutions that have treated customers, communities and the planet so badly and that have left so many Americans out of shared prosperity. The profits from the bank don’t go to line our pockets, but are reinvested into the community and used to promote the public good. We now have 17 local branches throughout California, Oregon and Washington, which have been used to build affordable homes for low-income families; create clean, renewable energy; provide spaces for art; educate our youth; help nonprofit organizations and support minority businesses and businesses owned by workers. As president, I will apply this approach to government programs supporting entrepreneurship to ensure that the best ideas have the chance to succeed, no matter the sex, race or creed of the founder. I will also restore the integrity of the Consumer Financial Protection Bureau to ensure that financial institutions and others are putting the interests of consumers and borrowers first.

3. Why do you think low-income students are underrepresented in STEM fields and how do you think the government can help fix that problem?

Science, technology, engineering and math — and I would add the arts, STEAM — are the fields at the core of our innovation economy. Yet so far, low-income students have been left out. We have to tackle this from cradle to career, but there are a few simple things we can do to get started. Our campaign has proposed The 5 Rights, and one of these is the right to education. This includes a strong math foundation, a fundamental need for kids wanting to progress in STEM/STEAM fields. It also includes resourcing schools in all ZIP codes to offer hands-on learning, like place-based environmental education, and to teach new life skills like coding. For kids who are already starting out behind, we are going to have to devote the necessary resources to get them up to speed. Once they graduate, we also want the door to college to be open for any student who dreams of building a better future for themselves. That’s why I have been working to reduce student debt, ensure that kids are properly nourished at school and have other social services available to them, making it possible for students from all family backgrounds to afford quality higher education.

4. Do you plan on backing and rolling out paper-only ballots or paper-verified election machines? With many stakeholders in the private sector and the government, how do you aim to coordinate and achieve that?

One person, one vote is the principle underpinning our system of government. As we have seen, the very machines where we cast our votes are under attack, and states need help to secure the integrity of our elections. My administration will work closely with all 50 states to implement paper ballots and risk-based auditing to secure our election systems from fraud and malicious attack.

5. What, if any, federal regulation should be enacted for autonomous vehicles?

My hometown is where these cars are first hitting the roads and from that experience, we know that autonomous vehicles are well on their way, but aren’t quite ready for mainstream. As this new technology develops, we will need to update our federal regulations to ensure the safety of the American people.

6. How do you plan to achieve and maintain U.S. superiority in space, both in government programs and private industry?

Space has captured our imaginations as the next frontier, a place of striving, exploration and excellence, and is also the sphere where the infrastructure of our future is being built in the satellites that now connect people around the planet almost seamlessly. Space, like any domain in which we compete with adversaries and collaborate with allies, demands our attention and a commitment to research and development so we stay a step ahead. Our security interests are always a top priority — but the best way to ensure our safety is to make sure the American people are writing the rules for the defense industry, not lobbyists and corporate interests. I’d ensure that the U.S. Air Force is equipped to handle the risks while making sure every branch and entity involved in space has a centralized hub for communication and action. And we should continue to look at American-led international cooperation — including public and private sector collaboration — in space as a perfect example of soft power, which we should work to maintain and expand. Finally, we should ensure that America’s space program, NASA, is properly resourced.

7. Increased capital in startups founded by American entrepreneurs is a net positive, but should the U.S. allow its businesses to be part-owned by foreign governments, particularly the government of Saudi Arabia?

As president, I will commit to protecting and fostering American interests, both at home and abroad. And that is why I will support investments in our businesses from sources outside of the U.S. as long as the ownership does not risk our national security and those countries — and companies from those countries — obey and respect our laws from intellectual property to labor and environmental standards. We can only advance our interests if our values are respected.

8. Will U.S.-China technology decoupling harm or benefit U.S. innovation and why?

Like it or not, we are going to have to engage with China both economically and politically. It’s impossible for us to completely divorce these relationships. The real challenge facing our country is how we promote and protect American economic and national security interests. I believe we should stand up strongly to protect the interests of American intellectual property and punish those that don’t obey the laws. We are also going to have to protect American consumers and workers, ensure our cybersecurity and work with China to address pressing global issues like the climate crisis and regional security. The devil is in the details of how we compete with China, and when we engage with them as a strategic partner.

9. How large a threat does automation represent to American jobs? Do you have a plan to help train low-skilled workers and otherwise offset job loss?

From the impacts of Climate Change to the threat of automation, working people have gotten the short end of the stick for the past 40 years. As an investor, I know that if we invest in our people and the technologies needed to save our planet, we can give workers the skills they need for the new economy. These investments need to be done now, not when a million truck drivers lose their jobs. My Justice Centered Climate Plan includes investments in Civilian Climate Corps, which will create one million jobs over 10 years.

10. What steps will you take to restore net neutrality and assure internet users that their traffic and data are safe from manipulation by broadband providers?

The Trump administration’s decision to rescind federal net neutrality rules put the internet into the hands of powerful corporations without protecting consumers. Internet service providers should not be able to charge websites to reach their subscribers. I would reinstate the net neutrality rules written during the Obama administration. In California, I was proud to help pass SB 822, the net neutrality bill that was signed into law — it not only restored the Obama-era standards but went steps further to advance the ball in this policy area.