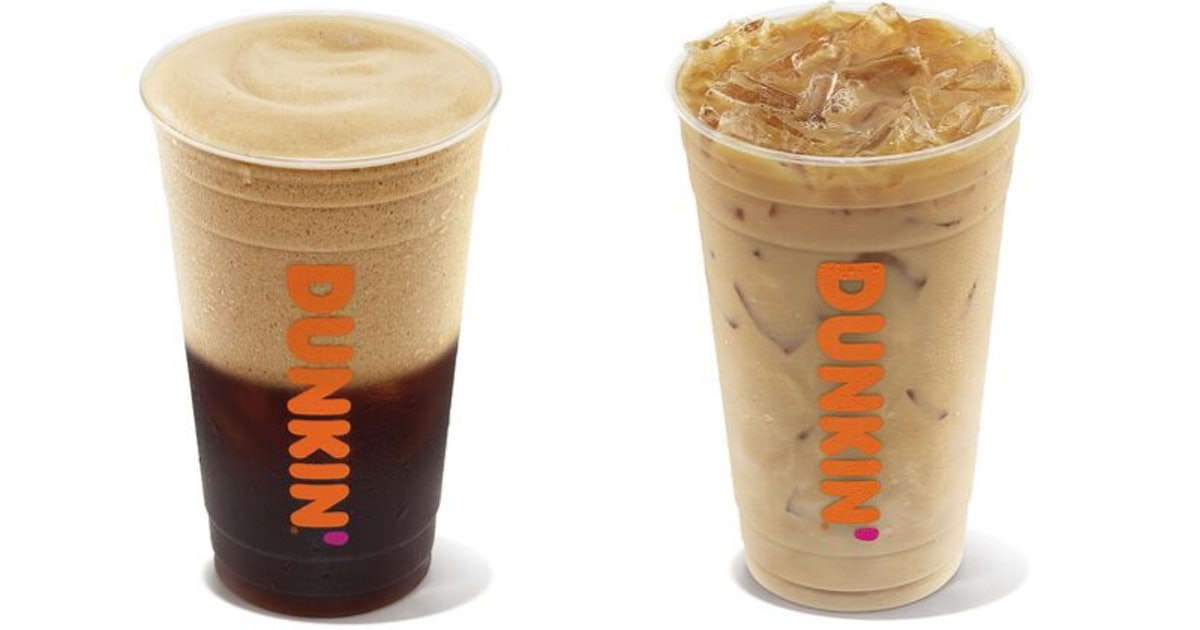 Dunkin’ is upping the ante on your future DD runs and making it even more delicious to fuel up during the day. Now that it’s officially fall and the chilly autumn mornings are making it even harder to get out of bed, the coffee chain is supplementing its new lineup of pumpkin-flavored coffees and doughnuts with a trio of specialty caffeinated sips that you can get at its updated Next-Generation locations. Get your wallet ready, because Dunkin’s 3 new Next-Generation coffee drinks include a Cold Brew Latte and an espresso drink with a layer of cold foam. It’s safe to say it’s about to be a lot sweeter to cruise over that mid-week hump.

According to press materials shared with Elite Daily, Dunkin’ is adding to its beverage menu at Next-Generation storefronts starting on Wednesday, Sept. 25 — and these three sips are pretty much guaranteed to brighten up your coffee runs. DD customers who’ve visited the Boston-based coffee company’s futuristic concept stores have gotten to take advantage of the chain’s first drive-thru for mobile ordering, the digital kiosks, and, my personal favorite, a tap area where you can serve yourself with eight chilled coffees and iced teas, as well as cold brew coffee and nitro-infused cold brew coffee.

Just in time for the changing seasons, Dunkin’ is adding three new options that are all about updating your favorite classic sips, and I have a feeling that they’re about to be a regular part of your caffeine rotation.

As someone who’ll happily admit to being a cold brew addict, I was really excited to see that the Next-Gen stores will now be selling a Cold Brew Latte as of Sept. 25. If you’re looking to add some creaminess and smoothness to the flavors of your classic cold brew, this is probably your best bet.

Meanwhile, considering that the weather is notoriously fickle this time of year, I was pretty excited to see that the company’s Café Au Lait, which takes their “classically bold Dark Roast coffee combined with steamed milk for a rich and creamy coffee beverage” is available in both hot or iced versions. So, whether it feels like patio season is clinging on a little longer with temperatures in the 80s or we’re starting to get more of those chilly fall mornings, you’re set in the coffee department.

Last but not least in the trio, Dunkin’ is unveiling a Shakerato, which jumps on the cold foam trend in the best way possible. According to press materials, it’s “a bold, espresso-forward beverage where two shots of sweetened espresso are swirled to create a cold foam layer,” so you’ll probably be a fan if you tend to gravitate towards espresso-based beverages.

Again, these additions are only available at Next-Gen locations, so you’ll have to visit one if you’re looking to try out these new sips. If you don’t have one of these futuristic DD storefronts near you, it’s a pretty tasty consolation prize that you can still get in on the chain’s lineup of fall-tastic items, including the new Cinnamon Sugar Pumpkin Signature Latte as well as an Apple Cider Donut and Munchkins. That’s in addition to the chain’s glazed Pumpkin Donut and Pumpkin-Flavored Coffees, which have already grown a cult following over the years. In short, there’s plenty of ways to get your day running on Dunkin’ this season, so happy sipping!