Two Latinx Entrepreneurs Take On The Promise Of The Cannabis Industry 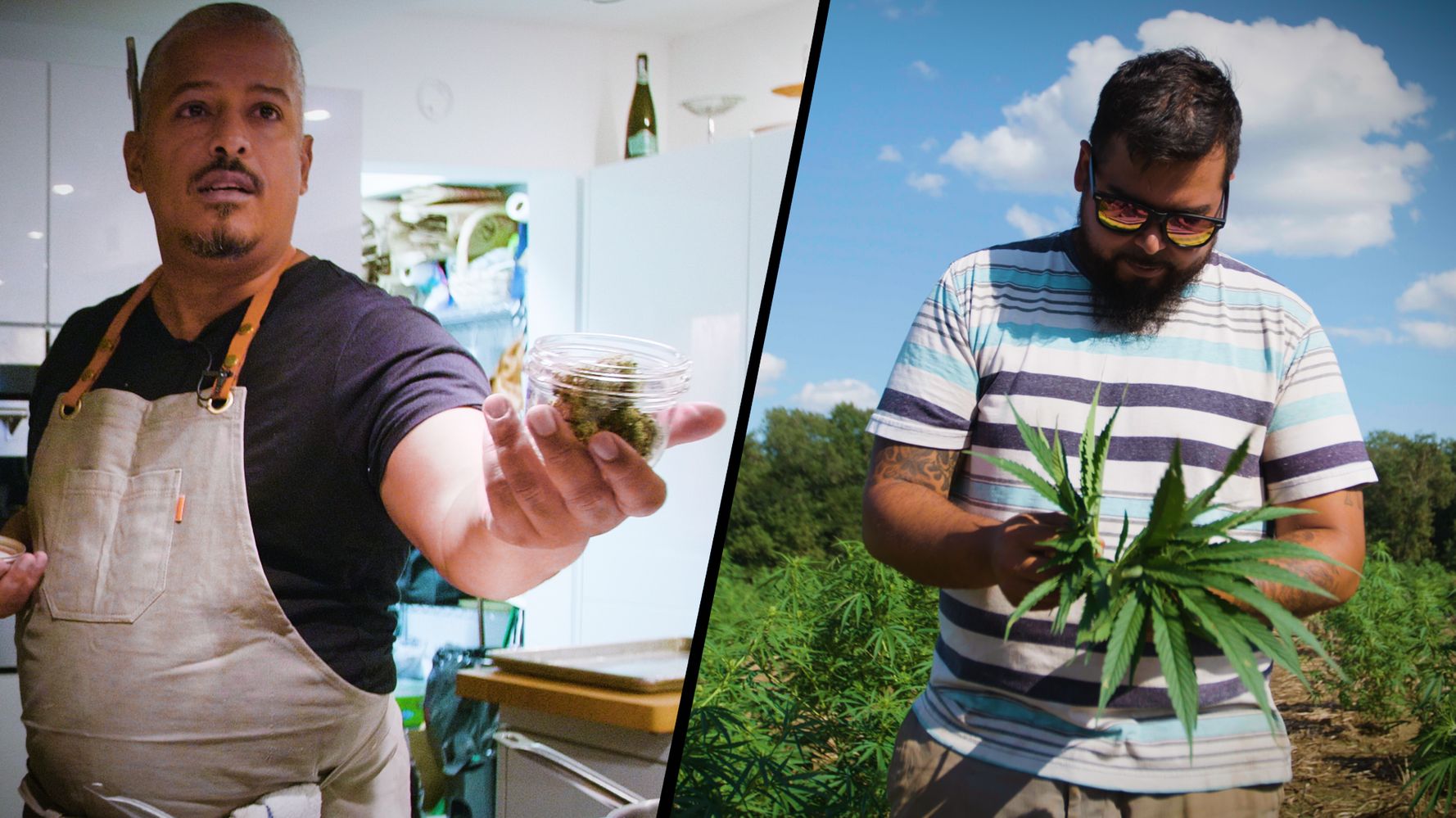 WEPA! Farm owner and proud Puerto Rican Luis Vega grew up as a city boy. Born and raised in East New York, Brooklyn, Vega got his master’s degree in business administration and worked in finance in downtown Manhattan. He never could have expected where he would end up: Now, Vega lives and runs an industrial hemp farm an hour and a half north of the city in Shelton, Connecticut.

“I never thought I’d be a farmer,” he said, laughing as he looked across his two-acre plot filled with 2,000 pounds of his very own Young Sin Ten, a strain of industrial hemp, planted on either side of him.

The cannabis industry is in a rapid, uncertain stage of growth. It’s projected to have a legal market worth $66.3 billion by 2025, according to a May report from Grand View Research. Yet, the federal government still classifies the cannabis plant as a Schedule I narcotic, illicit at the federal level under the Controlled Substances Act.

In April, Connecticut legalized the cultivation of industrial hemp. Less than two months later, the state awarded a limited number of licenses to grow hemp to 65 farmers.

“Only one [license] went to a Latino, and here we are now,” Vega told “ICYMI by HuffPost.” And then, with the signature Puerto Rican celebration phrase and the namesake of his farm, he exclaimed, “Wepa!”

He sells the flower and bud for CBD products and the plant stalks for construction purposes — and business is looking good.

“I talk to my plants every single day,” Vega said. He refers to his plants as motítas, an endearing take on mota, the slang term for “weed.”

Connecticut still treats hemp cultivation as a pilot program, which means that Vega receives consistent guidance from the state. But not everyone gets that support. With cannabis regulation changing rapidly from state to state, two entrepreneurs’ experiences in the same industry can be completely different. Some, including Dominican American chef Miguel Trinidad, choose to operate with more caution.

It’s nearly impossible to score an invite to Trinidad’s super-secret fine dining pop-up 99th Floor, where every dish on his five-course menu is infused with cannabis. The pop-up, held at an undisclosed location, brings the plant to center stage.

“I’m choosing my menu based on what kind of strain I get,” Trinidad said of his day-to-day course selection. For example, he used the “Headbanger” strain, which has “funky, earthy, gassy” qualities, to build an infused beet carpaccio, a scallop crudo, a dry-aged ribeye, a rack of lamb and a caramelized milk chocolate custard.

But Trinidad’s mission goes beyond a fine dining high.

“I want to educate my people on how to properly use cannabis,” Trinidad said, referring to the Latinx community.

There’s a lot of tension, he said, in envisioning a future with a plant that painted trouble for him as a brown teenager in New York City — which raises the question: How do Latinx people fit in the cannabis business?

Trinidad and Vega are sculpting their spaces in an industry that is not only “in its infancy,” as Vega put it, but also built on a shaky promise of opportunity.

For many Latinx entrepreneurs, the industry gives them no choice but to bring their identity to the forefront. The cannabis industry’s past paints a history of trauma, persecution and racial inequality for the community, Trinidad and Vega said. Its present is a half-open door — dictated not only by fluctuating legality, but also by the weight of conservative Latinx cultural stigma. Yet, its future dangles not just immense economic possibility, but restitution.

To hear Trinidad and Vega navigate the complexities of connecting to a plant that represents heritage, stigma, racism and, above all, opportunity, watch the “ICYMI By HuffPost” video above.