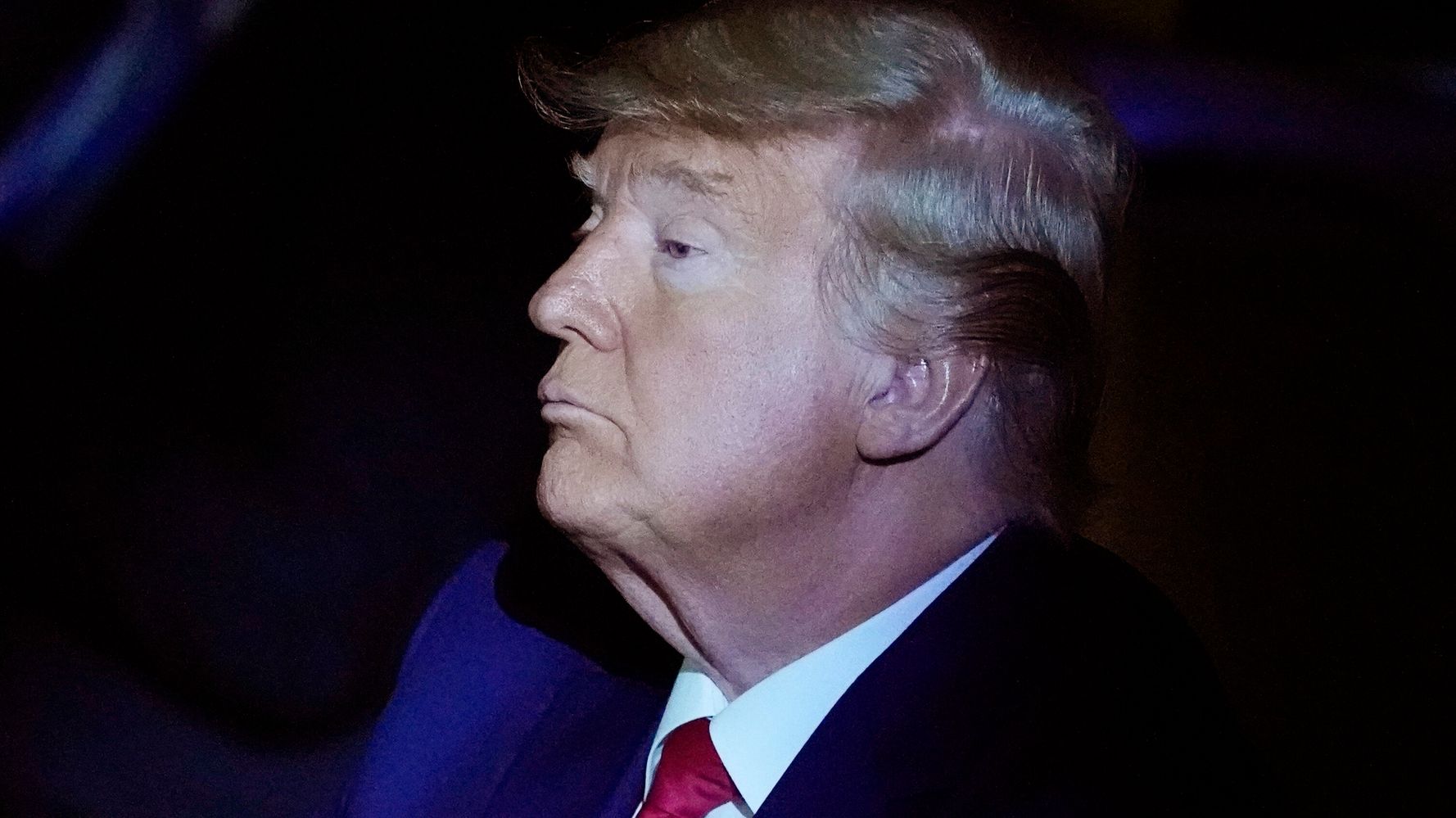 President Donald Trump asked Ukraine President Volodymyr Zelensky to “do us a favor, though” immediately after Zelensky told Trump he was grateful for the military aid the U.S. provided to his country, according to a White House summary of a July 25 phone call between the two leaders.

That request — and Trump’s implied threat that U.S. military aid to Ukraine was at stake if Zelensky did not comply — has become central to Democrats’ push to impeach the president.

The “favor” Trump requested from Zelensky was twofold. First, Trump asked Ukraine to investigate a conspiracy theory that the Democratic National Committee servers Russia hacked in 2016 to aid Trump’s campaign were not actually hacked by Russia. Moments later, Trump asked that Ukraine open an investigation into his potential 2020 rival, former Vice President Joe Biden, and Biden’s son Hunter Biden. Trump also asked Zelensky to meet with Rudy Giuliani, the former New York City mayor who acts as Trump’s private consigliere in Ukraine, and to speak by phone with Attorney General William Barr to discuss the investigation.

The connection between the Zelensky’s mention of U.S. military aid and Trump’s request for “a favor” is clear in the summary the White House released Wednesday. The summary is a collection of notes and recollections of Situation Room duty officers and National Security Council policy staff.

After congratulating Zelensky on his election victory, according to the summary, Trump pivoted to talking about how much aid the U.S. has given to Ukraine compared to other countries, Germany in particular. “I wouldn’t say that it’s reciprocal necessarily because things are happening that are not good but the United States has been very, very good to Ukraine,” Trump notes, implying that Ukraine hasn’t kept up its end of the bargain.

“I would also like to thank you for your great support in the area of defense,” Zelensky replied. “We are ready to continue to cooperate for the next steps, specifically, we are almost ready to buy more Javelins [anti-tank missiles] from the United States for defense purposes.”

This is how a mafia boss talks. Rep. Adam Schiff (D-Calif.), chairman of the House Intelligence Committee

It is here that Trump, after complaining that Ukraine has not reciprocated adequately in exchange for U.S. aid, linked Zelensky’s mention of military aid to his own requests.

“I would like you to do us a favor, though, because our country has been through a lot and Ukraine knows a lot about it,” Trump said. The key word in this response is “though” — it implies a link between Zelensky’s praise for U.S. military aid to the coming request.

Trump first requested information from Zelensky related to the DNC server conspiracy theory. Then he pivoted to Biden.

“The other thing,” Trump said, “there’s a lot of talk about Biden’s son, that Biden stopped the prosecution and a lot of people want to find out about that so whatever you can do with the attorney general would be great.”

Trump went on, per the summary: “Biden went around bragging that he stopped the prosecution so if you could look into it … it sounds horrible to me.”

Rep. Adam Schiff (D-Calif.), chairman of the House Intelligence Committee, said Wednesday that “those notes reflect is a classic mafia-like shakedown of a foreign leader.”

“This is how a mafia boss talks,” he added. ”‘What have you done for us? We’ve done so much for you, but there isn’t much reciprocity.’”

Several House committees have started investigating whether Trump also delayed more than $250 million in aid to Ukraine as he pressed Zelensky to look into Biden. The summary shows an implicit connection between the aid and the investigation in the conversation between the two leaders.

The president has provided wildly varying accounts of the call with Zelensky in the wake of a series of bombshell reports claiming he asked a foreign power to investigate the former vice president, one of his prime rivals in the 2020 election, and may be guilty of a criminal violation in doing so.

Given the Trump administration’s history of editing documents, there’s no guarantee that this release tells the full story of the phone call between the two world leaders.

A Justice Department spokesperson said Wednesday that officials decided not to investigate Trump for potentially violating campaign finance law by asking the Ukrainian leader to investigate a 2020 presidential opponent based on a review of the official call summary. Officials determined there was no violation and “no further action was warranted,” she said.

The White House reportedly plans to release the whistleblower complaint that brought the call under scrutiny, as well as the related inspector general’s report, to Congress, multiple outlets reported. Trump initially resisted﻿ giving his approval for this.

The unfolding scandal, which originated as a whistleblower complaint in August, prompted House Speaker Nancy Pelosi (D-Calif.) to call for a formal impeachment probe on Tuesday after months of her pushing back on calls from other Democrats to do so.

Another part of the conversation is also likely to draw criticism from those who say Trump has violated the Constitution’s emoluments clauses, which prohibit presidents from profiting from their office. Zelensky boasted to Trump that he had stayed at Trump Tower during his last visit to the U.S.

Trump has dismissed all concerns.

“The conversation I had was largely congratulatory, with largely corruption, all of the corruption taking place and largely the fact that we don’t want our people like Vice President Biden and his son creating to the corruption already in the Ukraine,” Trump told reporters at the White House this week.

Trump was referring to Hunter Biden, who worked with Ukrainian energy company Burisma while his father was still serving under President Barack Obama in 2016. However, the pair has not been accused of legal wrongdoing related to that work.

Trump, meanwhile, claims the former vice president called for the removal of a notoriously corrupt prosecutor in Ukraine in 2014 in order to impede an investigation into the company his son was working with. However, Ukrainian authorities have cleared Joe Biden of any wrongdoing in the case, and the record shows members of the Obama administration did, in fact, support Ukrainian officials’ criminal investigations.

This article has been updated with more details from the call summary and responses to it.