Is there any truth to the biggest Denver Airport conspiracy theories? 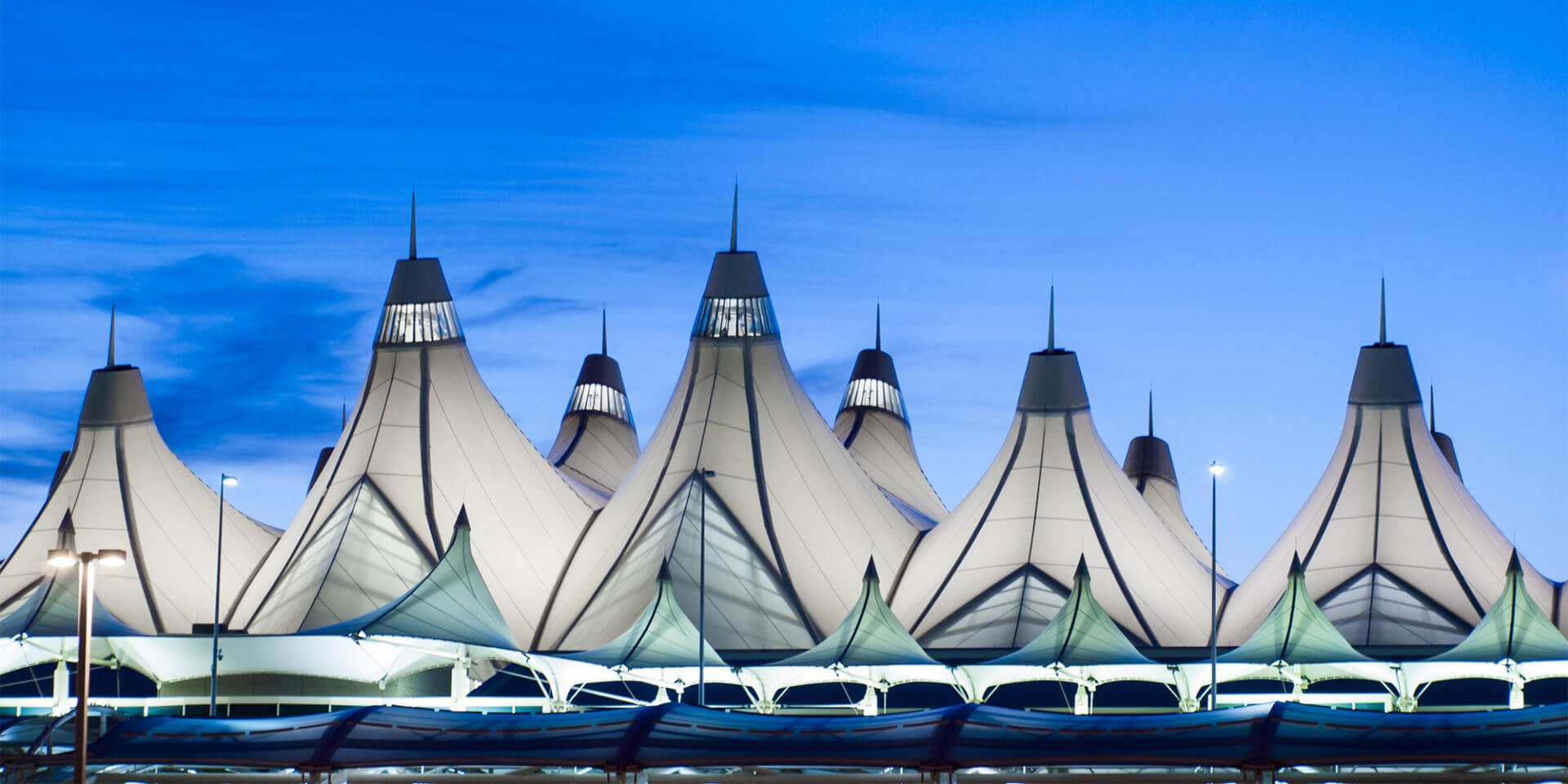 Denver International Airport (DIA) isseen by conspiracy theorists as a gigantic base full of open-air prisons and massive underground complexes, all designed to house massive groups of undesirables as a prelude to large-scale population control. In fact, they demolished an almost brand-new airport to do it, building a facility with fewer runwaysand shaped them like a swastika.

Whats more, the evil cabal planning to use DIA as a massive kill center has done it in plain sight,filling their terrifying base with creepy art, alien symbols, totems of devil worship, and murals depicting exactly how theyll kill us, with a gas called Australia Antigen.

These claims are whats generally known as the Denver Airport Conspiracy. Since DIA first opened in 1995, its been the subject of wild accusations. The conspiracy has been the subject of innumerable articles, videos, TV episodes, and tweet threads. Despite denials from DIA reps, and most of these claims lacking evidence, the conspiracy has persisted for nearly a quarter of a century.

But why? What is it about an international airport in the Rocky Mountains thats caused such a stir? Why this particular airport? And why do people believe it?

What is the Denver airport conspiracy?

That Denver International Airport was designed and built by the non-existent New World Airport Commission to transfer and eliminate a large part of the North American population.

The airport will be used to ferry in useless eaters (those deemed unworthy of life), where theyll be held in open fields protected by barbed wire, then exterminated in underground tunnels using a poison called Australia Antigen. And the worst part is that until theyre killed, theyll be subjected to bizarre and violent murals showing exactly whats about to happen to them.

There are other, more tangential elements of the conspiracy; but this is the central claim, and the one that most mainstream media outlets refer to when they write about it.

Is any of the Denver Airport Conspiracy true?

Like most conspiracy theories, there are grains of truth in some of the rumors about DIA. This is why its stuck around for so long. But most of these aspects are easily explained and have little relationship to some kind of mass purge of undesirables by a world-controlling government like the New World Order or Illuminati.

When did the Denver Airport Conspiracy start?

DIA was the subject of rumors even before it opened in 1995, due to delays in its construction and huge budget overruns. But upon its opening, people saw the admittedly jarring artwork and started asking questions.

Was Denvers airport demolished for no good reason?

No, Denvers previous airport, Stapleton International, wasbuilt in 1929. It was too small for modern jets and was a constant noise nuisance, located just six miles from downtown Denver. And while it had the same number of runways as DIA, they were too small for jumbo jets, and ran in diagonal patterns, meaning they couldnt all be used at once. Because it couldnt expand, its closing was first proposed in the early 1980s.

The airport hasnt been demolished entirely, and much of it has been redeveloped into a mixed-use neighborhood. DIA is 25 miles from Denvers center and is equipped to handle the biggest jets in the world.

20) In 1993, the existing Denver airport was perfectly fine, but the city announced it was going to build a new one, conveniently located 25 miles from Denver. There WOULDNt be more runways than the existing Stapleton Airport. pic.twitter.com/RiUw452KBX

Why does Denver Airport have such weird art?

The most often-cited element of the Denver Airport Conspiracy are two murals by Chicano artist Leo Tanguma. The first, a two-part mural Children of the World Dream of Peace, indeed shows what the critical thinking site Skeptoiddescribes as a menacing Nazi-style soldier wreaking havoc and fear. But the second part shows the once-victimized children standing over the defeated soldier in triumph, and references several Bible verses about beating swords into plowshares.

The second, In Peace and Harmony With Nature, shows a nightmarish world where near-extinct species are kept under glass a warning about what will happen if humans dont change their ways.

But the mural I find most odd is one that seems to depict the whole world coming together after a future holocaust, kind of like a creepy prophecy. pic.twitter.com/mPpN9ZyxWz

While the murals are jarring, theyre only a small part of the paintings, sculptures, and exhibits on display at DIA.

The airport has a thriving Art and Culture program, with the goal of showcasing Colorado-based artists to make the creative energy and cultural legacy of the Rocky Mountain Front Range region palpable to anyone who visits the airport.

Born in Texas and based in Denver, Tanguma is a well-known local artist and his murals are vibrant and attention-grabbing, conveying warnings about the destruction of war and climate change.

Incidentally, Children of the World Dream of Peace isnt currently on displayitsin storage until DIA completes a major renovation, likely around 2021.

Did the giant blue horse at the entrance to Denver Airport kill its creator?

It stands 32 feet tall and weighs 9,000 pounds. And it did fall on its creator, sculptor Luiz Jimenez. But the work was still being created in the studio when the horses head fell on Jimenez, severing an artery in his leg and killing him. It was finished by other artists and unveiled without incident.

Was the Denver Airport secretly designed as an open-air prison with barbed wire facing inward?

No, the barbed wire on the fences surrounding DIA sticks straight up. Its the same as every other airport security fence.

Are there tunnels under Denver Airport?

There are, mostly for a baggage handling system that was never completed. The tunnels are still used for moving cargo and bags under the airport, and theres a tram used to take passengers between terminals. While some of the facilities are off-limits to travelers, there are no signs of buried buildings or bunkers in any public-facing space. Since 2018, DIA has offered gawkers tours of the tunnels, just to make sure nothing weird is going on.

Was a sonic weapon used there?

In 2007, windshields on 14 planes at DIA indeed all cracked at the same time. An investigation found that they were victims of 100-mile per hour winds hitting them with grit particles.

Such shatterings have happenedsince then, though not to that extent.

Do Denver Airports runways really look like a swastika?

Several of the runways do have right-angle configurations similar to a swastika, but this not for a New World Order-esque or Nazi reason. Denver has extremely strong winds that can abruptly change direction. Since planes always need to take off into the wind, the angular runwaysallow pilots to change their takeoff approach from north-south to east-west, depending on the winds direction.

If you didn't know already the Denver airport runways make a swastika pic.twitter.com/grkdUirkSC

What is the New World Airport Commission?

Another lynchpin of DIA controversy is acapstone erected during the construction of the airport. Dated March 19, 1994, the stone has a Masonic crest, a time capsule, the names of local dignitaries, and mentions a New World Airport Commission.

Conspiracy theorists have claimed such a body does not exist, though it did. It was a loose collection of local politicians and business figures who helped with some of the planning and funding for the airport, and it was named after the music piece New World Symphony.

SuchMasonic foundation stones are common on buildings built in the 20th century, and theres nothing unusual about DIAs.

What is Australia Antigen? Yet another element of the Denver Airport Conspiracy is that one of the Tanguma murals features an etching in the floor showing a large cart with the symbols Au Ag. Conspiracy theorists claim it to be the chemical abbreviation for a bio-weapon called Australia Antigen.

Australia antigen isa real thing, but its a biomarker of an immune response to Hepatitis B. On its own, its harmless, and can be used in the Hep B vaccine. Its much more commonly referred to by medical professionals as HBsAg. The Au Ag marker instead refers to gold and silverthe two main products of Colorados mining industry.

Theres also claims that the airport could double as a hospital in a time of crisis. Some speculate that these tiles, which say AU AG, are not really talking about gold and silver, but actually Australian Antigen. pic.twitter.com/iMBkJ2uWau

Has anyone at Denver Airport ever commented on the conspiracy?

Many times. The airports staff seems to enjoy the attention the place gets because of the conspiracy. During the current renovation, the staff has put up signs featuring aliens, Masonic symbols, UFOs, and other conspiracy imagery. Theyve alsocreated a website that jokingly confirms some of the many rumors, declaring you may or may not have heard, DEN (the FAA abbreviation for the airport) got some secrets.

As the airports media relations chief told the website Thrillist, I think they used to be annoyed by it, but in recent years weve just embraced it.