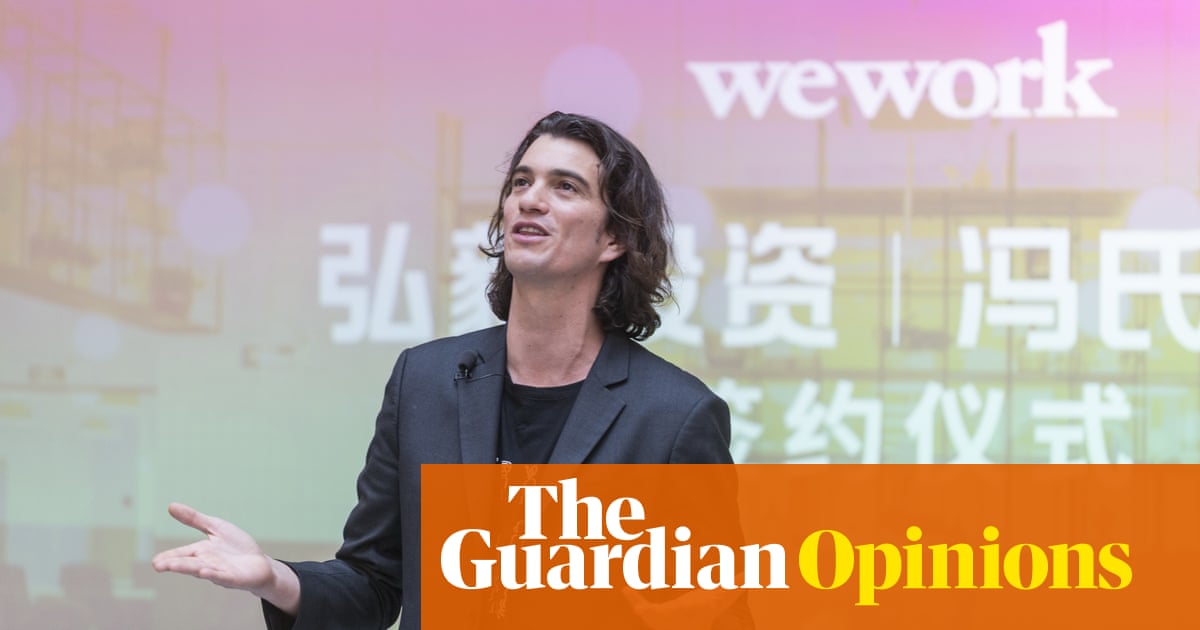 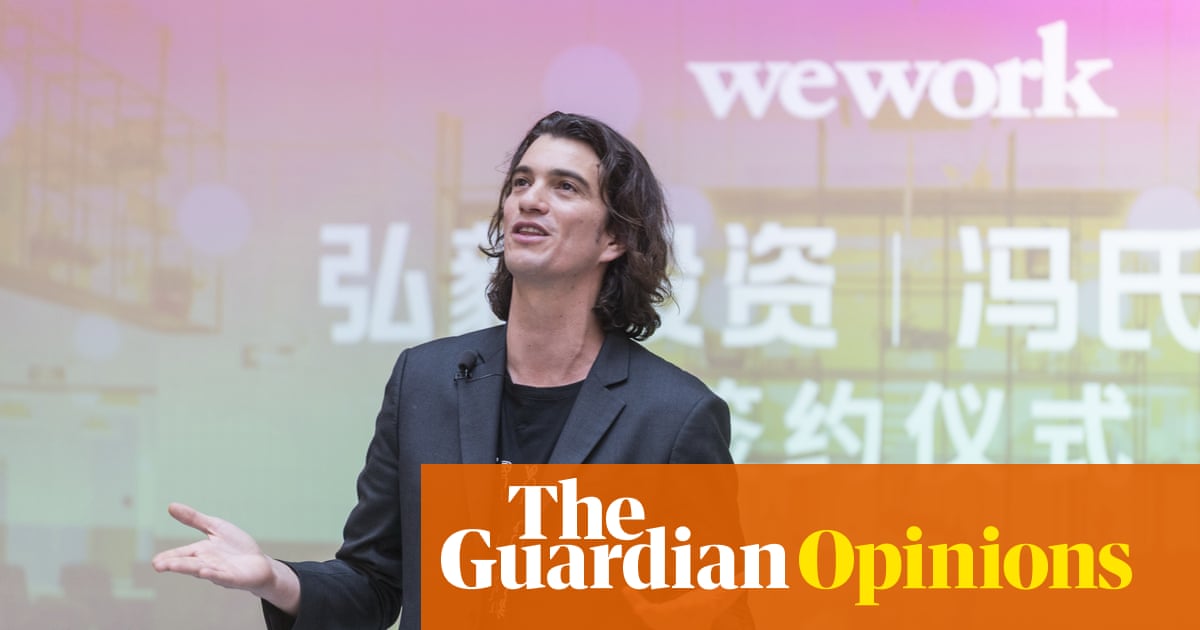 Officially, WeWork is postponing its initial public offering (IPO), or stock market flotation, and could return for another attempt soon. Well, good luck. The uncertain road to rehabilitation looks more like the work of many years.

The new co-chief executives, Artie Minson and Sebastian Gunningham, are dropping the right hints about selling the Gulfstream jet and cutting thousands of jobs. One assumes WeWork will also jettison its corporate drivel about elevating the worlds consciousness if it now accepts its a regular company in the dull world of shared office spaces.

Yet the first big task is daunting. WeWork requires money and quickly. It reported about $2.5bn (2bn) in cash at the end of June. Halting the signing of new lease agreements can help to make the money last longer than next spring, which was the trajectory in the IPO prospectus. But it still needs SoftBank, the Japanese fund that has been the prime backer, to step up. That transaction has to happen, as opposed to just being talked about.

As for profits, last years outcome was a loss of $1.6bn on sales of $1.8bn. Would-be investors surely wont touch the shares until they can see hard bottom-line income that can withstand a market downturn.

Still, if the journey is long, it will allow time to remove the co-founder Adam Neumann entirely. Hes been shoved into the chairs seat, which some seem to believe solves the many governance headaches. It doesnt. While Neumann is still hanging around, WeWork deserves to be uninvestable for the public markets.

Woodford for the chop

Susan Searle, the chair of Woodford Patient Capital Trust, is playing things by the book, merely saying the board is continuing to evaluate the position of Neil Woodford as manager of the investment trust.

Three months ago, in the aftermath of the crisis in Woodfords empire, fence-sitting was understandable. It was too soon to ditch a manager who had assembled an esoteric collection of mostly unquoted stocks. But now? Searle needs to prepare the sacking letter.

Woodford himself, as ever, was full of apologies in the half-year update but the damage has been done. The crossover in unquoted holdings between Patient Capital and the gated Woodford Equity Income Fund (WEIF) has been a disaster for investors in the former. The shrinking WEIF fund hasnt been able to support follow-on funding for companies in both portfolios, thereby hitting the value of assets in Patient Capital.

More fundamentally, Woodford has made poor bets. The quoted fund has been whacked by steep writedowns in recent weeks on two major investments, energy company Industrial Heat and BenevolentAI. For all his plaintive pleas about long-term opportunities (It only requires a few of the larger companies in the portfolio to deliver ) the fact is that the trusts asset value sits at 65p versus 100p at launch in 2015.

The share price, 44.9p, is even lower for a combination of reasons. First, the market fears more writedowns. Second, outsiders dont know who will be managing the trust in future.

Searle could help to remove the latter problem by getting on with the obvious handover. Woodford had his chance its time to move on.

Astonishing failure at the Pru

What were they doing in Prudentials boardroom? Were they too busy counting the fortunes being made in Asia to notice that post-crisis regulators in the UK might one day jump on underhand tactics that could short-change customers?

The dates are the astonishing feature of the near-24m fine for the Pru for serious breaches in its annuities business. From July 2008 to September 2017, says the Financial Conduct Authority, the insurer failed to advise customers that they might get a better deal if they shopped around.

In the banking world, the scandal over payment protection insurance bubbled away for years before Lloyds threw in the towel in 2011. That affair, you might have assumed, would have served as a prompt for the Prus board to ensure their own organisation was squeaky clean when selling a more crucial financial product for customers.

As it happens, Prudential at the start of 2013 did reform a system that could almost have been designed to create abuses: it stopped offering sales-linked incentives, such as bonuses and spa breaks, to call-handlers. But the FCAs report also establishes that as late as 2015 some scripts used by call-handlers were substandard.

The Pru got out of the non-advised annuity business in February 2017. So aside from a total 400m provision the tale can be regarded as ancient history. Certainly, the demerger of asset manager M&G will not be affected. But, as an example of how toxic practices can fester for years in financial services, the main elements are depressingly familiar.