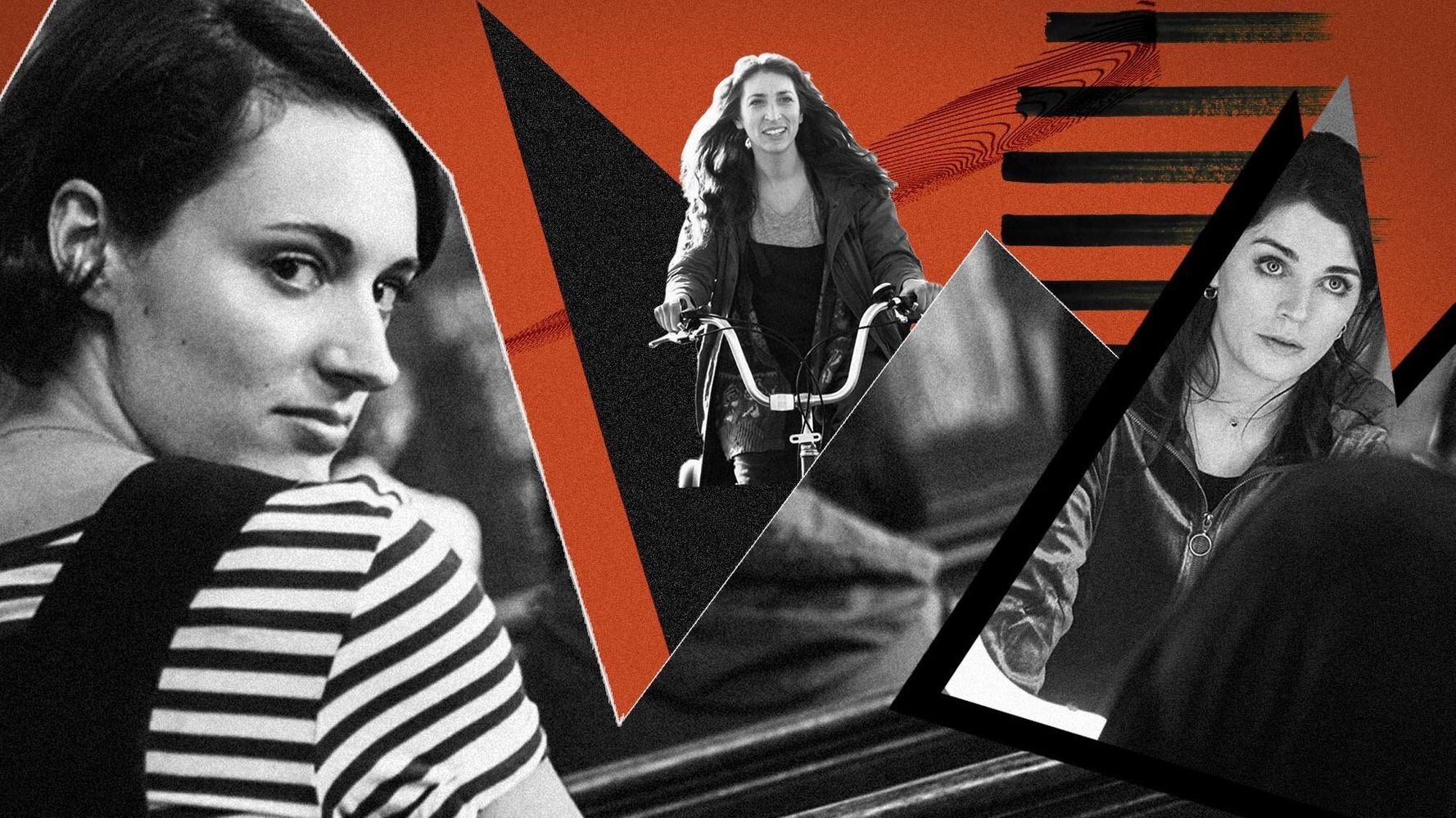 As evidenced by the rapturous critical response to the second season of “Fleabag,” it’s difficult to find television that matches its sheer perfection. This year’s Emmy voters seemed to agree, handing the word-of-mouth hit an unexpected six Emmy Awards, including Outstanding Comedy Series.

From the singular vision of creator and star Phoebe Waller-Bridge — who, yes, rocks that jumpsuit — it’s wickedly funny one minute and unspeakably sad the next. Its titular character’s fourth-wall breaks have become iconic. And there’s enormous beauty in the show’s humanity, with its characters forming a tapestry of broken people (including, of course, the Hot Priest).

For those of us desperately seeking to fill the “Fleabag”-sized hole in our hearts, a pair of new shows replicates the feeling of “Fleabag,” to some degree, and builds on its themes: “This Way Up,” currently streaming on Hulu, and “Back to Life,” premiering Nov. 10 on Showtime.

Perhaps inevitably, both series have been compared to “Fleabag” because of their surface-level similarities: they’re also quirky dramedies, imported from the U.K., created by and starring women who use acerbic wit to deflect from trauma.

More crucially, they share a deeper thematic connection in the ways they refreshingly reject neat and tidy resolutions for their protagonists. These shows are not about “overcoming” trauma and reaching “closure” — but rather, living with it, as so many people do every day. There’s a lot of comfort in seeing their protagonists just try to live their lives and work toward loving themselves, as difficult as that may be.

Created by and starring Irish actress and comedian Aisling Bea, “This Way Up” opens with protagonist Aine leaving what’s described as a rehab facility, after experiencing a nervous breakdown several months earlier.

When picking up Aine to take her home, her successful and driven older sister Shona (Sharon Horgan) mistakenly seems to think of it as closure.

“So do we go, or do you do a bit of a speech? What happens next?” she asks one of the facility’s administrators. “Is she, um, is she fixed?”

“We try and get them back to a place where they can care about themselves enough to take care of themselves,” the administrator responds.

Aine’s road to caring about herself is rocky. While she is outwardly jovial and enthusiastic, she initially doesn’t have any good friends, other than Shona, who has a busy job in finance and a long-term partner. Aine struggles with loneliness, showing how it can be hard to get through life when it seems like no one else is going through similar struggles, and everyone around you seems so put together.

“What am I going to do?” she asks Shona, when Shona needs her to leave in order to work on a project with a colleague.

“Aine, I’m not your event and life planner, OK?” Shona says. “Just figure it out. It’s Saturday. Go do something fun.”

Aine ends up spending the day mostly alone, going to an unhelpful psychic — to whom she asks: “Anyone coming along who thinks I’m not totally shite?” — before sitting in a coffee shop until the owner kicks her out because it’s closing time. She later goes on a comically bad date.

In another scene, an acquaintance cancels plans to meet up on a Friday night. Aine is too embarrassed to tell Shona she’s staying in, falsely claiming she’s planning to meet up with friends later. When Shona leaves for her own evening plans, Aine breaks down in tears.

But the show also celebrates Aine’s strengths. In her job as an ESL teacher, she cares deeply about her students. She also tutors English to a young French boy, helping him become less shy. In the process, she befriends his father, a stiff and taciturn man who, thanks to Aine, gradually opens up and laughs at her jokes. There’s no singular moment of transformation or seismic shift. Instead, Aine’s journey over the show’s six episodes reflects real life, in which change often happens incrementally, in fits and starts, rather than in one fantastical, candy-coated movie or TV montage.

In the much darker “Back to Life” (which, like “Fleabag,” aired on the BBC earlier this year and shares some of its producers), Miri Matteson (Daisy Haggard) has just returned home after serving 18 years in prison for murder. It’s hard enough trying to pick up the pieces of her life. What’s worse: everyone in her small English seaside town remembers her crime, and as a result, gawks at her and subjects her to vicious attacks. Someone trashes her parents’ front yard, leaves a box of excrement, and spray-paints insults on their fence.

When Miri applies for jobs, she struggles with how to explain the 18-year gap on her resume. When she finally lands a job at a fish and chips shop, someone sees her and throws a brick into the store’s front window. Everywhere she goes, she feels like she’s struggling to stay afloat. No one treats her like a normal person, even when they mean well, preventing her from being able to move on.

For instance, when her boss is forced to close the store after the brick incident, he encourages her to “have a nice day off” — by recommending she do something “un-prison-y,” like “going to the zoo.”

Her parents tiptoe around the fact that she was in prison, like when her mom refers to it as “when you went away.”

“This momentous thing happened to our family, and you can’t talk about it because it makes you uncomfortable!” Miri says in a confrontation scene, pointing out that her mom is fine saying the word “cunt,” yet can’t bring herself to say “prison.”

As the show’s six episodes proceed, unraveling some dark revelations, Miri feels like she hasn’t made any progress.

“I just want to start my life. I feel like I’m not allowed,” she tells her neighbor Billy, among the only people who tries to connect with her.

He points out that she’s already doing it, as hard as it may feel.

“That’s rubbish. This is it. Your life is happening now. Now,” he says, glancing toward the sea. “Just, whoosh. Look at that, you know?”

Miri’s frustration is understandable. On the surface, her life doesn’t dramatically change over the course of the show. But that doesn’t mean it’s stagnant. What seem like small steps, like being able to get out of the house and face the world, can be big ones. Sometimes, being a person is hard enough.

While both shows give off similar vibes, neither is as ambitious and as swing-for-the-fences than “Fleabag” (or for that matter, another one of the year’s best and most inventive shows, Netflix’s “Russian Doll,” which shares similar themes, particularly in its empathetic depiction of anxiety, depression, loneliness and living with trauma).

Probably nothing can top the final scene of “Fleabag,” which is so perfect and so satisfying because it was simultaneously heartbreaking and uplifting. Whether Fleabag and the Priest would end up together was never the point. Falling for him in the first place reflects her finally being able to let genuine human connection into her life, and come out of it a stronger person — as she demonstrates in one last fourth-wall break: waving to us, the audience, while walking into the distance.

In the first season, Fleabag continually engages in self-destructive behavior as a means of numbing the pain and unprocessed grief after the deaths of her mother and her best friend. Yet over the course of the second season, we watch Fleabag grow, slowly but surely. She becomes a little more honest with herself and us — but not completely. She takes steps toward taking care of herself  — but sometimes runs back toward her vices.

Just like in real life, it’s unrealistic to expect these shows’ protagonists to be completely “healed.” These shows don’t promise that these women will find an answer to all of their questions, a cure for all of their ills, a catharsis for all of their trauma.

Sometimes, it’s just about being able to put one foot in front of the other — and that’s progress too.

“It’s hard, man. It’s hard, you know?” Aine tells her therapist toward the end of “This Way Up.” “The daily-ness of it can be sort of relentless. But all we can do is give it a go.”