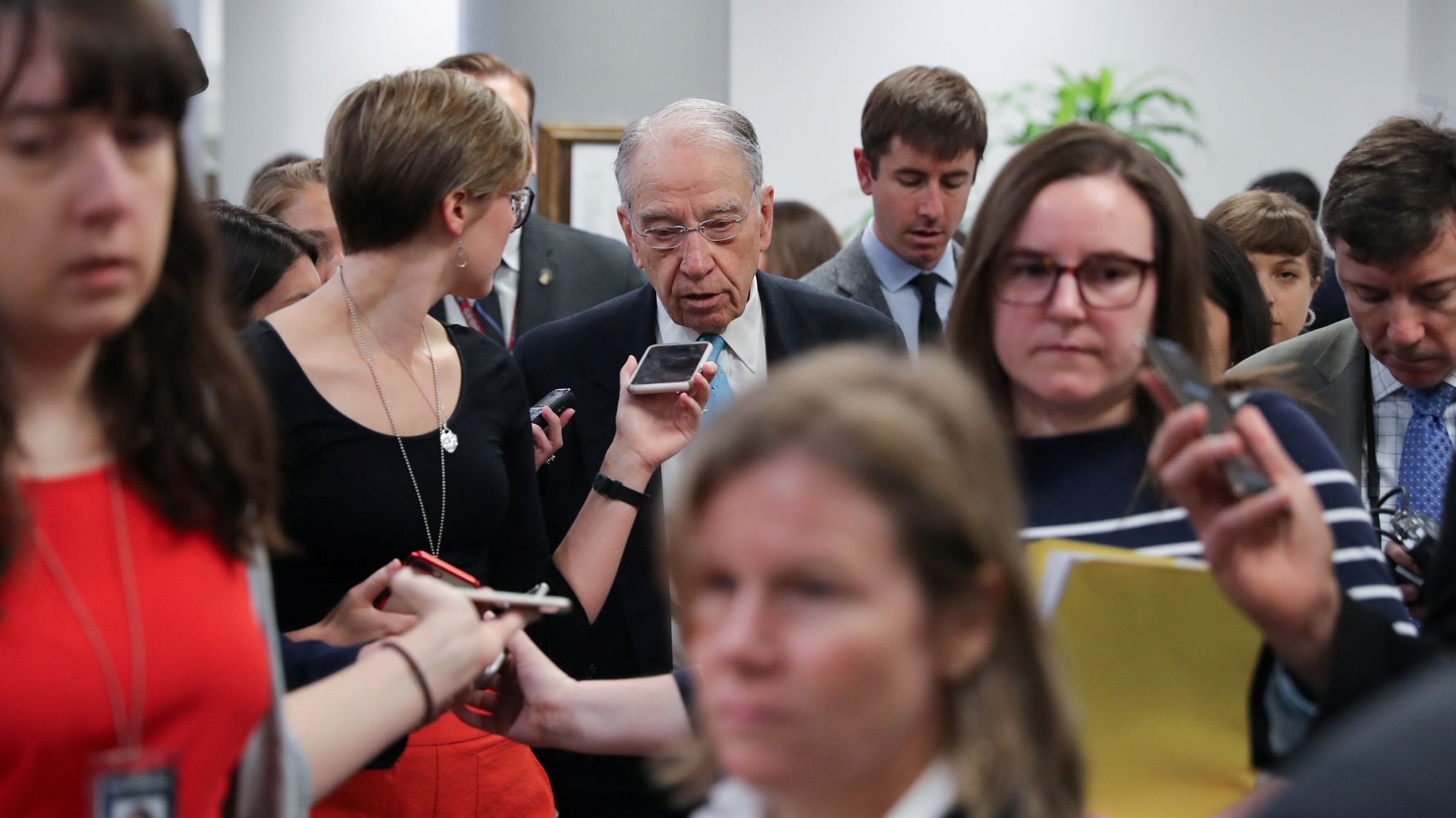 WASHINGTON ― Capitol Hill’s most prominent advocate for whistleblowers says Democrats are mishandling a claim that someone interfered with President Donald Trump’s taxes.

Sen. Chuck Grassley (R-Iowa) said this week that House Democrats are being “irresponsible” with their tax whistleblower ― because apparently, they haven’t talked to the person.

“Perhaps the most important practice when it comes to taking whistleblower complaints is making sure the whistleblower has agreed to have his or her complaint made public,” Grassley, who has long championed whistleblower protection laws, said in a statement.

The House Ways and Means Committee, which is suing for copies of the president’s tax returns, told a federal court in August that a federal employee had come to the committee with “evidence of possible misconduct” related to an audit of the president by the Internal Revenue Service.

Ways and Means Chair Richard Neal (D-Mass.) said this week that lawyers for the committee had not yet talked to the whistleblower. Neal told reporters in his Massachusetts district that the committee’s lawyers “are proceeding on the basis of trying to interview the individual.”

Neal is fielding questions about the tax whistleblower as another government employee’s complaint of wrongdoing by the Trump administration prompted House Democrats to launch a formal impeachment inquiry. That person, employed in the intelligence community, revealed that Trump pressured Ukraine’s newly elected president to dig up dirt on 2020 election rival Joe Biden.

Trump and his Republican supporters have attacked the intelligence whistleblower, falsely saying he has bogus information and didn’t follow the right process, but Grassley has defended him. “This person appears to have followed the whistleblower protection laws and ought to be heard out and protected,” Grassley said this week. “We should always work to respect whistleblowers’ requests for confidentiality.”

A spokesman for the Ways and Means Committee did not respond to questions about whether the committee had spoken to the tax whistleblower. Neal specifically said committee lawyers were trying to interview the person.

Ways and Means sued for copies of Trump’s tax returns in July after the administration defied a tax disclosure law and refused to hand over the documents in response to a formal request by the committee. Trump is the first president since the 1970s not to publicly disclose his tax returns, which contain details about money earned, taxes paid and charity given. Ways and Means members say they need to see the returns to make sure the presidential IRS audit, which it does every year, is done properly.

Instead of bringing the tax whistleblower to wide attention, as House Intelligence Committee Chair Adam Schiff (D-Calif.) has done, Neal offered in the tax case to privately present the material to the judge overseeing the committee’s lawsuit.

Pointing out that Grassley believes it’s wrong to even confirm the existence of a whistleblower without permission, a spokesman for the senator declined to say whether Grassley or the Senate Finance Committee, which Grassley chairs, also received the tax whistleblower’s complaint. Senate Finance and House Ways and Means are the two main congressional committees that oversee taxes.

Grassley himself told HuffPost last month that he didn’t know anything about the tax complaint.

In his statement this week, the Iowa Republican said whistleblowers face “tremendous risk in making their complaints and they need to be reassured that their complaints will be handled seriously and with care.”

Update 9:30 p.m.: In an interview with The Washington Post published Thursday, the whistleblower revealed that he is a career official at the Internal Revenue Service and confirmed he filed a formal complaint and sent it to Neal, Grassley and the Treasury Department’s inspector general for tax administration.

The whistleblower provided little new information about his complaint, but he lamented Republican attacks on the intelligence community’s whistleblower. “I am concerned also by the relative silence of people who should be repudiating these dangerous attacks in the strongest terms,” he said.