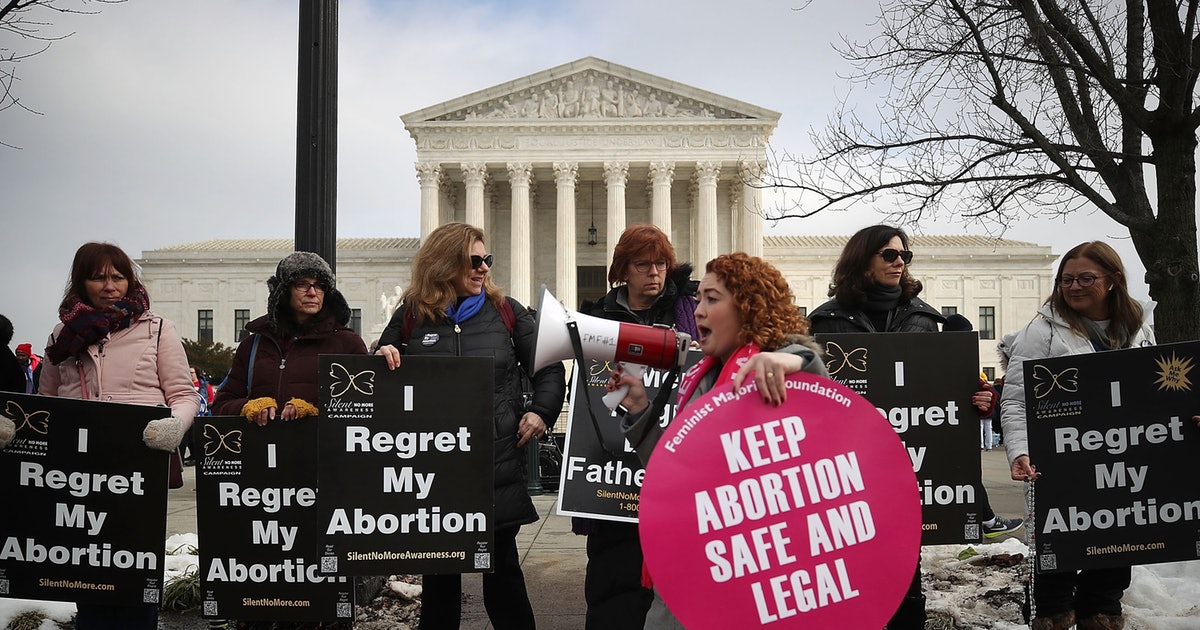 On the heels of numerous new abortion restrictions around the country, there’s a new case up for consideration by the Supreme Court — its first abortion case since Justice Anthony Kennedy retired, which also means the first abortion rights case under the court’s new conservative majority. So what’s in ? It might be troublingly familiar.

On Oct. 4, the court announced that it would hear a case called , which centers on restrictions and regulations of abortion providers in Louisiana. The law in question, which was passed in 2014, required any physicians performing abortions to obtain admitting privileges at a hospital within a 30-mile radius in the event of complications. Admitting privileges essentially give doctors the right to admit their patients into a hospital to perform specific services. The law also requires abortion clinics to maintain expensive equipment, wide corridors, and other hospital-like conditions. Critics have described the Louisiana law’s provisions as targeted restrictions on abortion providers (TRAP laws) because they don’t medically benefit anyone and impose burdens on abortion providers that other physicians don’t have to meet.

Reproductive rights advocates are concerned that if the law is allowed to go into effect, it would leave all of Louisiana — including 1 million women of reproductive age — with only one clinic. In 2018, the Center for Reproductive Rights challenged the law in lower courts on behalf of two doctors and a Louisiana abortion clinic on the grounds that the law would place an undue burden on abortion providers and cause existing clinics to close. This challenge resulted in a temporary stay from a federal district court. Now, the court will rule on whether the law is allowed to go into effect.

Does any of that that sound familiar? That’s because the Louisiana law is practically identical to the Texas law the Supreme Court struck down in 2016’s . The case was brought to contest a Texas bill that would have used the same two regulations to limit the number of functional abortion clinics in the state, and the Supreme Court ultimately ruled that the bill placed an unconstitutional undue burden on anyone seeking an abortion, rather than advancing women’s health. “We conclude that neither of these provisions offers medical benefits sufficient to justify the burdens upon access that each imposes,” Justice Stephen Breyer wrote in the majority opinion at the time.

While this would seem to set a precedent, some see a key difference. In September 2018, the 5th U.S. Circuit Court of Appeals ruled that the Louisiana law would not require pregnant people seeking an abortion to travel as far as they would have in the geographically much larger state of Texas, which makes the burden of accessible abortion reasonable. The court subsequently lifted the stay on the law, stating in its September 2018 opinion that “in Texas, the number of women forced to drive over 150 miles increased by 350 percent. Driving distances will not increase in Louisiana,” the court wrote. “The cessation of one doctor’s practice will affect, at most, only 30% of women, and even then not substantially.” However, in February 2019, the Supreme Court reimposed its stay of the Louisiana law pending its decision about whether or not to take up the case.

But now that the country’s highest court has decided to take up the case, reproductive rights advocates believe that the precedent implemented by is still applicable. According to Julie Rikelman, the senior litigation director at the Center for Reproductive Rights, the outcome of should not differ from that of .

“It is true that the state of Louisiana has asked the Supreme Court to overrule ,” Rikelman told Elite Daily during a press call. “But the precedent is clear, the law is identical and it’s really critical for everyone to understand that nothing has changed. The Supreme Court said three years ago that admitting privileges law have no medical benefits for women. They do nothing.” Rikelman added that the impact of the Louisiana law would be just as devastating — if not more so — than the Texas law.

However, some advocates have expressed concern that the Supreme Court could rule differently this time around, given Kennedy’s retirement and the appointments of two more conservative justices — Neil Gorsuch and Brett Kavanaugh. In response to this concern, Rikelman made it clear that the Center for Reproductive Rights does not see any reason for the outcome of this case to be different.

“Abortion has been in front of the court many, many times since[the 1973 abortion rights case ],” says Rikelman, “in front of many different justices, and the court has consistently upheld the right, followed precedent, and we look forward to doing the same in this case.”

The exact timeline for this case isn’t yet known, but Rikelman said that oral arguments could take place some time in January. A decision will likely follow in June, when the court traditionally hands down its most awaited rulings.