Elizabeth Warren Has a Plan in 2020, But So Does Everyone Else 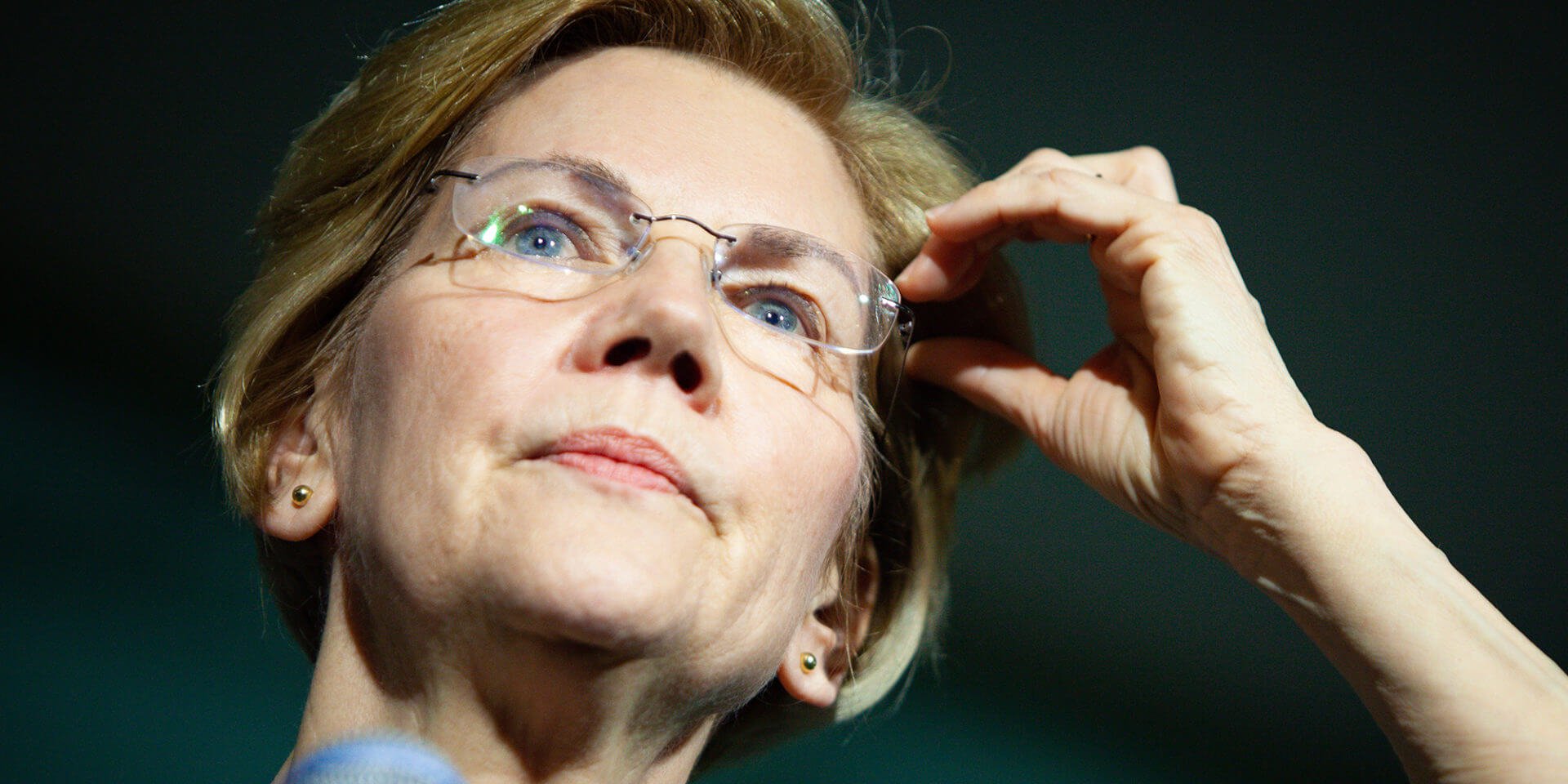 Elizabeth Warren has a plan for that.

This is the rallying cry that has fueled Sen. Warrens (D-Mass.) surge in the polls. You can find Warren Has A Plan For That shirts for sale in her store. Journalists eagerly used the phrase in their headlines.

And of course, Warrens Twitter supporters have had a lot of fun with it.

Sex is great but have you ever heard Elizabeth Warren say, I have a plan for that?

Elizabeth Warren has a plan for that. This is the Harry Potter I actually wanted to read: Hermione as the chosen one. #DemDebate #DAMETheDebates

But, are there actually any issues that Warren has a plan for and other candidates dont?

If by plan we mean a concrete set of proposals and policy goals, most of the major candidates have released plans on the major issues at this point in the contest. There are certainly issues that some candidates have focused on more than others, but almost every candidate has policies out there.

So are there really issues that justify the perception that Elizabeth Warren has plans and the other candidates dont?

Or is has a plan just a brand?

Healthcare is the big one this election cycle, and all the candidates have a plan for that. Even Beto ORourke and Joe Biden, who tried their best not to, have a plan for this one. The Democratic field runs the gamut from Sen. Bernie Sanders (I-Vt.) single-payer plan to Bidens proposal to more or less maintain the Affordable Care Act with the addition of a public option.

At Jacobin, Tim Higginbottom has carefully followed Warrens movement on the issue. To date, she supports something between Sanders plan and the rest of the field. The role of private insurance, co-pays, and premiums under Warrens plan remains unclear.

On this issue, a number of candidates have a concrete plan for that. Except Kamala.

Thanks to the dedicated activism of groups like the Sunrise Movement and the viral fame of Greta Thunberg yelling at the worlds adults, everyone seems to have a plan for that when it comes to climate.

Data for Progress maintains a scorecard that keeps track of candidate commitment to the various principles of the Green New Deal. Every candidate has at least made some commitments on climate.

While it is fair to say that more moderate candidates like John Delaney (who has a 7 out of 48 according to their metrics) and Sen. Amy Klobuchar (D-Minn.) (21 out of 48) have less expansive plans, Warren ranks behind Bernie Sanders, Sen. Cory Booker (D-N.J.), and even Tom Steyer by their rubric.

Even if John Delaneys plan includes a climate corps, which would provide opportunities for recent high school graduates to support communities transition to a green economy, he does technically have a plan for that.

Elizabeth Warren takes a cautiously hawkish international stance on her 2020 campaign site, where she says, A strong military should act as a deterrent so that most of the time, we wont have to use it. This echoes her detailed essay published earlier this year at Foreign Affairs.

A number of candidates have equally detailed plans on foreign policy. Some, like Sanders and Marianne Williamson, are more dovish. Williamson has a plan to create a Department of Peace.

Warren may well have the most expansive gun control plan of any of the candidates. Her lengthy proposal calls for a variety of changes to the way guns function in America, including requiring background checks, revoking licenses of gun dealers who break the rules, and closing the boyfriend loophole.

A number of other candidates including Beto ORourke have detailed and ambitious plans on gun control. Some of the changes ORourke calls for include universal background checks, an assault weapons ban, and making gun trafficking a federal crime.

Rep. Eric Swalwell (D-Calif.), who dropped out of the race, was only in the race in the first place because he had a plan for that.

Financial regulation and accountability are cornerstones of Warrens candidacy, as the creator of the Consumer Financial Protection Bureau. Warren has called for a wealth tax, increased regulation of Wall Street, a tax on real corporate profits, and to crack down on private equity.

Of course, Sanders has introduced many comparable proposals, including a wealth tax, fair banking, and the elimination of student and medical debt. Even bank-loving Joe Biden is reportedly considering a wealth tax.

There are different mechanisms in each sweeping economic proposal. While there is room to debate Warrens regulatory approach versus Sanders anti-capitalist agenda, but they are both plans. For that.

On her site, Warren lays out a fairly expansive plan to end corruption as one of her key plans. This section serves as an umbrella to criticize tax giveaways to the rich, foreign influence in Washington, self-dealing cabinet members, the power of lobbying, and other Beltway excesses

A number of candidates have similar criticisms. Andrew Yang, one candidate who absolutely has a number policy positions no other candidate holds, is just one example. Yang has proposals like Prevent Corruption in the Federal Government, Campaign Finance Reform, and 12-year Congressional Term Limits.

On the subject of Yang, he can truly claim to have plans for that that no one else has. He wants to get rid of the penny, unionize MMA fighters, and make taxes fun.

No one else has plans for that.

Those are the big ones. Lets dig into the plans that dont get talked about on the debate stage to see if there is anything where Warren is truly the only one with a plan for that.

One of the more robust infrastructure investments proposed by Warren is her plan to invest in Rural America, released in early August. Sanders announced an equally robust plan in three months earlier.

Here again, Warren is joined by a number of other candidates by articulating a plan to expand indigenous rights.

In July, Julin Castro became the first candidate in the field to put out a comprehensive plan on the subject. The former HUD secretarys proposal includes a number of compelling strategies for strengthening tribal sovereignty, honoring treaty commitments, and ensuring the survival of indigenous cultures and languages.

Warren supports ending private prisons, as do ten other candidates.

Again, here, Warren has an impressive and comprehensive plan that calls for raising billions to combat bad actors and care for impacted communities. Numerous candidates have put forth a plan on the opioid crisis, though only a handful, including Warren, support measures like needle exchanges and supervised consumption sites.

Like Warren, the recently bowed out Bill de Blasio explicitly backed safe sites where people can use drugs under medical supervision.

De Blasio, of course, did not have a plan for staying in the race. Warren has him there.

Warren and Sanders lead the way on this issue, though most of the candidates have proposals involving public land use rolled into their climate plans. A number of candidates also have proposals for protecting national parks and monuments, particularly in the wake of President Donald Trumps concerted efforts to shrink protected lands.

Believe it or not, even Amy Klobuchar has a plan for that!

Warren calls her trade policy, economic patriotism. This new phrase is more or less a form of protectionism, a trade approach favored by most labor-backed candidates, as is the case in this contest. Trade is complicated, but it is useful to broadly define trade approaches as free trade or protectionist. This is a contrast Warren herself makes on her site.

Both traditions are long. William McKinley once had a plan for that.

The one issue where only Warren has a plan

After looking at the nearly 50 plans highlighted on her website, we only found one that we could definitively say that she is the only one with a plan for that, and it is

Both Rep. Tulsi Gabbard (D-Hawaii) and Bernie Sanders have expressed their support, but Warren is the only one with a plan for that.

So, if youre a single-issue voter and that issue is breaking up tech conglomerates, Elizabeth Warren has a plan for that.