Why San Francisco is still the gold mine for tech startups 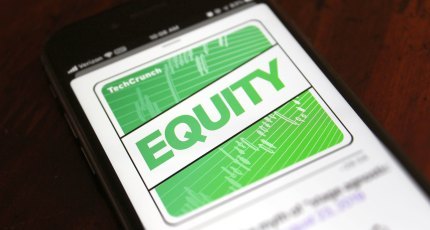 Hello and welcome back to Equity, TechCrunch’s venture capital-focused podcast where each week we discuss other people’s copious dollars and lacking sense.

Thanks so much to everyone that came to our live episode of #EquityPod today at #TCDisrupt. It was my first live podcast and hopefully not the last. @alex @chudson @TechCrunch pic.twitter.com/XqUk2DeTXf

Charles Hudson of Precursor Ventures joined us as well, making for an excellent show. Astute listeners among us will recall that Hudson is a former guest on the show, having taken part back in mid-2017.

On to the topics. We discussed the impending Precursor Ventures opportunity fund (more here). We wanted to know why it was of modest size, especially in an era of ever-larger venture capital funds.

Next, we turned to a trio of startup stories, starting with Rhino, a company that is working to shake up the rental deposit market. Hate paying deposits for an apartment? Would you rather pay a small, regular fee? Rhino hopes that you would, and has raised $21 million to build out the idea.

Also on our list of topics was a small upstart by the name of Knowable, which our colleague Josh Constine profiled here. The company sells educational audio bits, and they want you to know they are not a podcasting business. We’re still a bit unclear of the difference between educational audio and podcast, but VCs seem confident enough in the company’s prospects, funneling $3.75 million into the project.

The last startup we riffed on is called oollee. The company provides people with an unlimited supply of filtered drinking water for a small monthly fee. It’s raised $1 million in pre-seed funding from investors, including Mission Gate Inc. and Columbus Holdings, and, of course, we have thoughts!

After that we touched on the most valuable Y Combinator companies, including Stripe (more here and here), Airbnb and DoorDash. The list of YC’s hits is getting long. And, it provided the perfect segue to Airbnb.

Airbnb intends to go public via a direct listing, according to a whole bunch of recent reports. Every VC in town seems to have opinions about direct listings as the next best path to the public markets; maybe they’re right. Finally, WeWork is selling off a bunch of stuff that it bought recently. Here’s a list of what it bought, but SpaceIQ, Teem, Conductor and more are said to be on the chopping block.

All that and we had fun! Back to normal next week.

Equity drops every Friday at 6:00 am PT, so subscribe to us on iTunes, Overcast, Pocketcast, Downcast and all the casts.