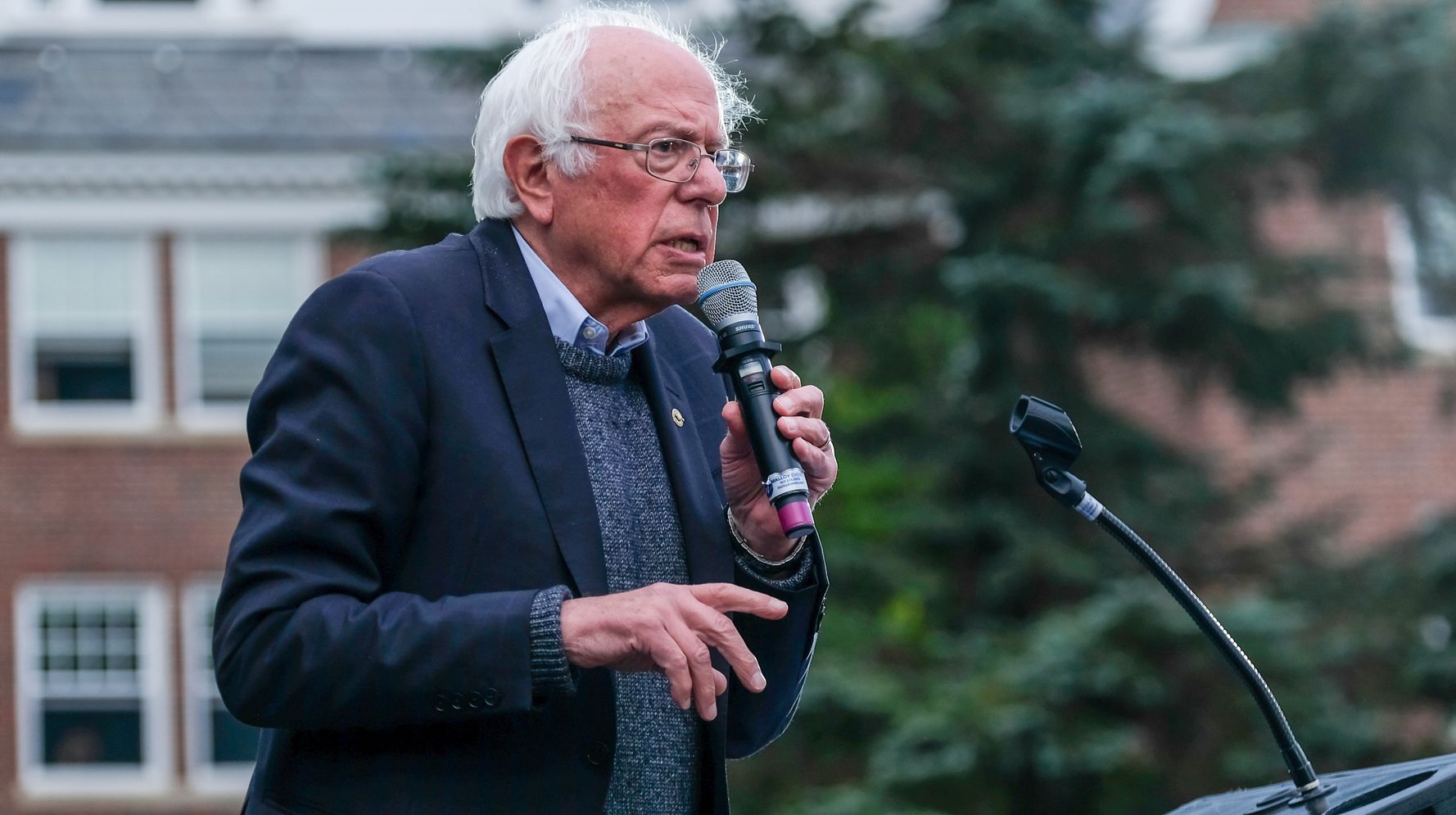 Sen. Bernie Sanders (I-Vt.) on Monday released a plan that would eliminate some of the last unrestrained corporate spending in Democratic politics, by banning corporate funding for the party’s nominating convention and presidential inauguration events.

Sanders’ proposal to “get corporate money out of politics” ― the first plan his presidential campaign has released since he was hospitalized for a heart attack last week ― would, among other things, ensure public financing of federal elections, create a new federal elections oversight board, prohibit advertising during presidential primary debates, and enact a lifetime lobbying ban for former members of Congress and top staffers.

But replacing corporations’ sponsorship of the Democratic National Convention with a public financing system is both the most ambitious and the most controversial element of Sanders’ proposal. Seventeen donors were responsible for contributing three-quarters of the funding for the party’s 2016 convention in Philadelphia, including a $5.6 million in-kind donation from Comcast for broadcast and internet services.

Sanders said his own campaign’s success raising money in small increments ― he topped the Democratic presidential field with a $25.3 million haul in the third quarter of this year ― shows that corporate money and wealthy donors are not necessary.

“Our grassroots-funded campaign is proving every single day that you don’t need billionaires and private fundraisers to run for president,” Sanders said in a statement accompanying the plan. “When we win the Democratic nomination and defeat Donald Trump, we will transform our political system by rejecting the influence of big corporate money.”

Some of the other changes Sanders proposes include banning lobbyist and corporate PAC donations to the Democratic National Committee if he is the Democratic presidential nominee, barring former DNC chairs and vice chairs from lobbying, and capping individual contributions to official inauguration committees at $500. He would also seek to pass a constitutional amendment clarifying that money is not equivalent to speech and that corporations do not have the legal status of individuals, thereby eliminating key legal justifications for court rulings striking down campaign finance regulations.

As Democrats have grown warier of corporate influence in politics, the party’s national convention every four years — which is overwhelmed by corporate spending and lobbyist influence peddling — has attracted more scrutiny from good government advocates and progressive activists.

Meanwhile, the DNC’s convention CEO, Joe Solmonese, has already set out to court corporate sponsors to raise upward of $70 million for the party’s nominating convention in Milwaukee in July 2020. Perks for six-figure donors include VIP convention credentials and box seats to attend the proceedings.

That makes the convention a natural target for Sanders, an independent who has long been antagonistic toward the donors and insiders that play an outsize role in Democratic Party politics.

“When Bernie is the nominee, everything will fundamentally change for corporate elites,” Josh Orton, the Sanders campaign’s policy director, said in a statement. “A Bernie Sanders convention will be a people-powered convention.”

Sanders’ proposal is likely to raise questions about his ability and willingness to compete with President Donald Trump, who will have virtually limitless cash to finance a rival convention. A convention provides a political party a key opportunity to introduce its presidential and vice presidential nominees to a national audience on live television.

Of course, it is much easier to swear off high-dollar private fundraisers ― as Sanders and Sen. Elizabeth Warren (D-Mass.) have done ― in a presidential primary. It is harder to replace multimillion-dollar corporate checks that come in for the convention than the $2,800 checks that closed-door fundraisers earn candidates in primaries.

Sanders’ proposal differs from that of Warren, a fellow economic populist who has surpassed him in national and early-state primary polls. In an anti-corruption proposal released in September, Warren suggested a lifetime ban on lobbying for former members of Congress, presidents, vice presidents, Cabinet secretaries and federal judges. But she does not yet have a major plan to reform campaign financing, including how the national political conventions are financed.

Warren has also said that she would resume soliciting big checks in private fundraisers if she were the Democratic presidential nominee, arguing that to do otherwise would amount to “unilateral disarmament” against Trump and the Republicans. Sanders, by contrast, has said he would not change his ban on the policy.