This Is What Happens To Women When America Outlaws Abortion | Betches 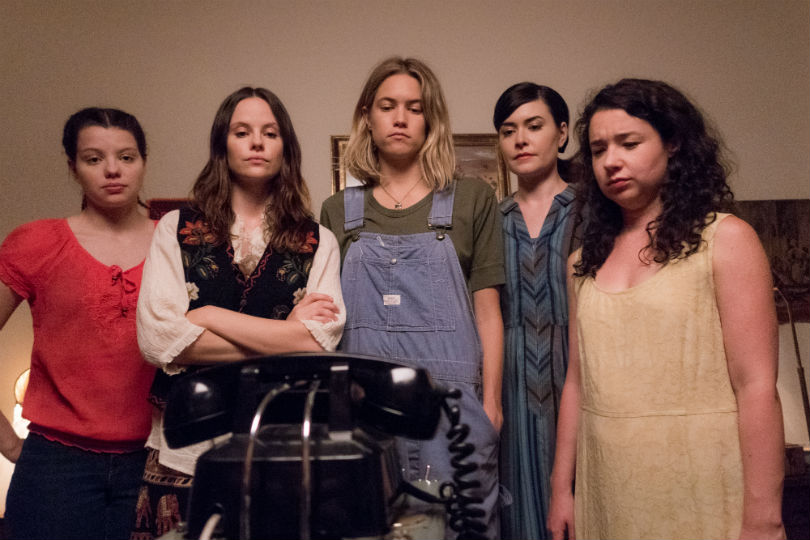 As a woman, I can’t recall a time (before childhood) when I didn’t feel as if my body and my rights were up for debate — if not under attack. But now, with a president who has been accused of sexual assault and rape by upwards of 25 women, an accused sexual predator in the Supreme Court, and access to abortion being chipped away in states like Alabama, Texas, Georgia, and Missouri, I am experiencing the legitimate fear that my body and my choice might actually be taken away from me by federal law.

As women, we have been fighting for our rights for a long time, but since Roe v. Wade determined that we had the right to abortion in 1973, we at least have been able to say we have the legal right to decide what happens when we get pregnant. This is not to say it’s a right we haven’t had to continuously and rigorously defend, but it has at least stood in place. As a woman of privilege, I have always felt that if I needed to get an abortion, I could. But now, with the newly conservative-leaning Supreme Court, I have found myself asking, “What would happen if abortion became illegal? What would I do if I got pregnant? What would this mean for American women?”

A powerful new film called  Ask For Jane explored and answered these questions for me, as well as made me ugly cry on my couch while reflecting on the resilience of women. It’s a film we should all watch like, yesterday, and I’d like to tell you why.

Ask For Jane follows a group of women who took matters into their own hands when abortion was illegal in most states throughout the 1960s. The film is based on a true story and is set in Chicago, where a group of college women created an underground network that helped women with unwanted pregnancies get abortions. The women were known as “The Jane Collective” because they referred to themselves as Jane and instructed women to call them on their secret landline and to “ask for Jane.” This was the code that was used to perform an estimated 11,000 safe abortions for women who couldn’t afford to travel to the few places where abortion was legal. We god damn f*cking love to see it.

A film that shows women banding together and building an incredibly organized and highly effective system that helps keep women safe and in control of their bodies is obviously very inspiring, but it also serves as a warning, or as producer Caroline Hirsch told Betches: “This is a reminder of what could happen.”

The opening scene of the movie shows a desperate pregnant woman punching herself in the stomach and eventually jumping off of a building in order to terminate her pregnancy. It also shows us young middle school girls who discuss drinking rat poison; one ends up dying as a result. Additionally, we see a character with slit wrists because she is pregnant and doesn’t feel she can go through with it. As we know, when women aren’t given access to safe, legal abortions, many of them turn to unsafe alternatives, which can tragically lead to death.

Abortion saves lives, and this film reminds us of the dire situation that led these women to doing what they did. While what they did is amazing, we hope we never have to do it again, because too many lives are at stake.

The specific story told in Ask For Jane is inspiring because it shows a particular group of women in a particular place who were able to overcome the law’s attempt to strip them of their freedoms, but the film as a whole shows us a dark world where this freedom wasn’t available to most women — a world we ourselves are heading towards today. Hirsch told me, “This couldn’t be any timelier. We had a screening in New York this past May and when we were finished, everyone’s phones lit up because what had happened in Alabama, where it would be made a criminal offense if a woman was seeking an abortion or had an abortion.”

The film is made by women, which is apparent by its authenticity and clear understanding of the nuances of feminism and autonomy. Hirsch told us, “Of course this movie would be made by women. If it was up to men, this movie would never have been made. And of course the cast is made of women because it’s a true story of women. There were women behind and in front of the camera.”

The film is written and directed by Rachel Carey, and the original concept came from the film’s lead actress Cait Cortelyou. And while the premise’s main focus is abortion, it also gives us a close look at how other issues of feminism played a major role in how women were denied agency over their own bodies during this time.

For example, the main character, Rose (played by Cortelyou), attempts to obtain birth control from her doctor so she can practice safe sex with her fiancé. However, her doctor refuses to give it to her before she gets married, and when she tries to protest, he says he would need to speak to her male fiancé about it. Another character, Joyce (played by Sophie von Haselberg) sits idly by in her hospital bed while a group of male doctors discuss with her husband whether or not they should do a procedure on her that would save her life but endanger the baby growing inside of her. Another main character, Janice (played by Cody Horn) sums the significance of all of this up by saying, “Women will never truly be liberated unless they can control whether or not they are pregnant.”

You can stream Ask For Jane on a variety of platforms including Amazon Prime, Apple TV, iTunes, DirecTV and more, and I highly recommend that you do. It reminds us of the strength women have and the length we will go to and the risks we will take for no other reason than to protect to each other. It also sends an urgent and important message: the fight is here and now, and it’s time to get started.

As Hirsch told me: “The reason why we originally did this film was to sell the stories of very courageous women. More than ever, this film needs to be seen by every young girl today because they do not realize what could happen again and what is in the process of really happening right now in…Alabama, Georgia and Missouri. I think it’s a very important reminder that people need to use their writing privileges, voting privileges and get out to the polls to make sure that this doesn’t happen again.”

You know what to do.