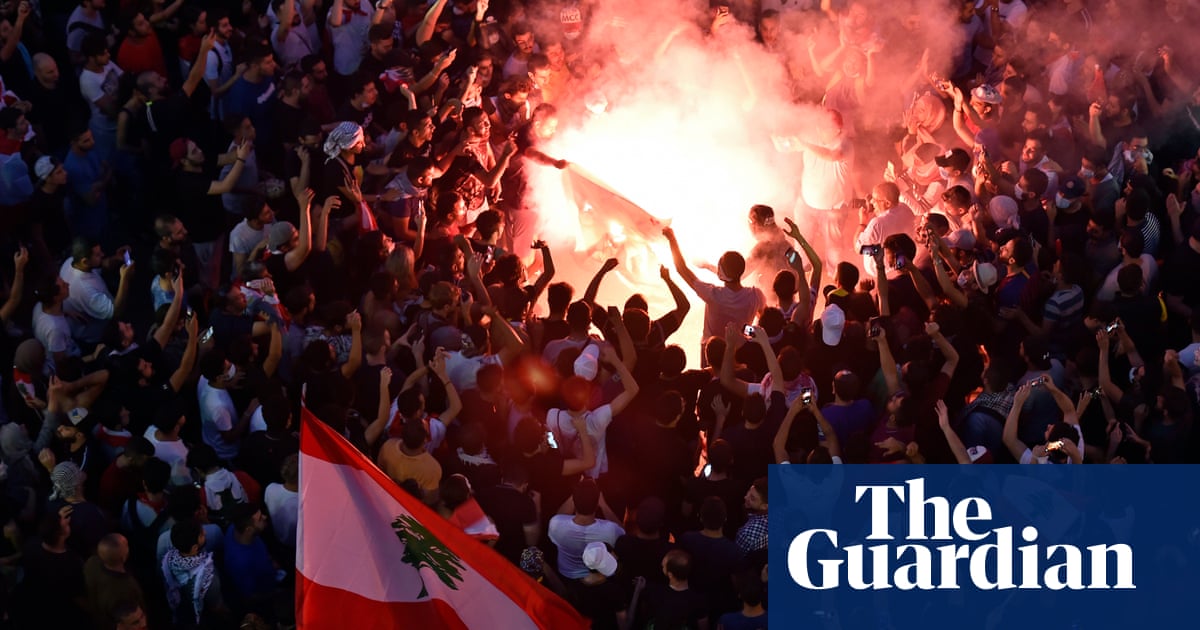 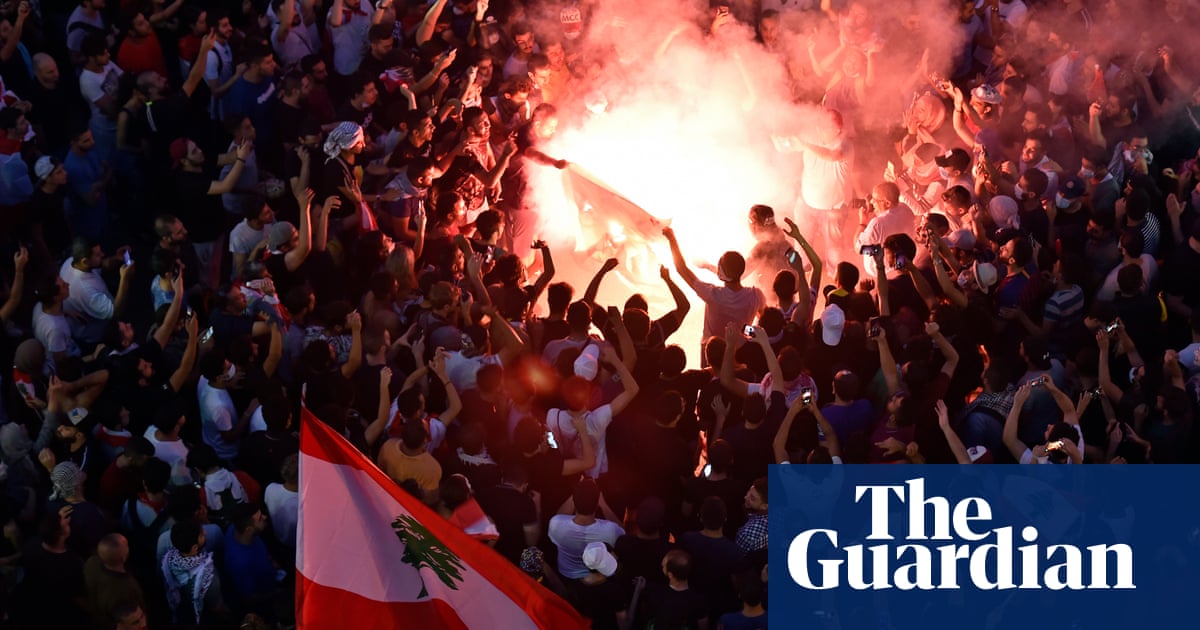 A Lebanese Christian party quit the coalition government on Saturday after tens of thousands of people took to the streets for a third day of protests against tax increases and alleged official corruption.

After protesters marched in Beirut, Tripoli and other cities, the head of the Lebanese Forces party, Samir Geagea, said his group was resigning from the government.

We are now convinced that the government is unable to take the necessary steps to save the situation, Geagea said. Therefore, the bloc decided to ask its ministers to resign from the government.

Protesters took to the streets despite calls for calm from politicians and dozens of arrests during Fridays demonstrations. Many waved billowing Lebanese flags and insisted the protests should remain peaceful and non-sectarian.

The demonstrators are demanding a sweeping overhaul of Lebanons political system, citing grievances ranging from austerity measures to poor infrastructure.

They have blocked main roads and threatened to topple the countrys fragile coalition government.

Most Lebanese politicians have uncharacteristically admitted the demonstrations are spontaneous, rather than blaming outside influences.

Demonstrators in Beirut celebrated the news of the coalition partys resignation, calling on other blocs to leave the government. In Tripoli, they let off fireworks.

The army on Saturday called on protesters to express themselves peacefully without harming public and private property.

By Saturday evening, thousands were packed for a third straight night into the Riyadh al-Solh Square in central Beirut, despite security forces having used tear gas and water cannons to disperse similar crowds a day before.

Amnesty International said the security forces reaction was excessive, pointing out that the vast majority of protesters were peaceful.

The intention was clearly to prevent protesters gathering, in a clear violation of the right to peaceful assembly, Amnesty said.

Small groups of protesters have also damaged shop fronts and blocked roads by burning tires and other obstacles.

Internal security forces said 70 arrests were made Friday on accusations of theft and arson.

But all of those held at the main police barracks were released Saturday, the National News Agency (NNA) reported.

The demonstrations first erupted on Thursday, sparked by a proposed US20 tax on calls via messaging apps such as WhatsApp.

Such calls are the main method of communication for many Lebanese and, despite the governments swift abandonment of the tax, the demonstrations quickly swelled into the largest in years.

The prime minister, Saad Hariri, has given his deeply divided coalition until Monday evening to give back a reform package aimed at shoring up the governments finances and securing desperately needed economic assistance from donors.

He held a series of meetings on Saturday regarding the situation, NNA said.

But he warned against demanding the resignation of the government, saying it could take a long time to form a new one and solve the crisis.

The current unity government has the backing of most Lebanese political parties, including Hezbollah.

A witness said that supporters of the Shia politician and speaker of parliament, Nabih Berri, attacked protesters in the southern port city of Tyre on Saturday, a day after demonstrators had accused him of corruption.

His Amal political party condemned the attack and called for an investigation.

More than a quarter of the Lebanese population lives below the poverty line, according to the World Bank.

Many of the countrys senior politicians came to prominence during the countrys 15-year civil war, which ended in 1990.

The promised austerity moves are essential if Lebanon is to unlock $11bn in economic assistance pledged by international donors last year.

Growth has plummeted in recent years, with political deadlock compounded by the impact of eight years of war in neighbouring Syria.

Lebanons public debt stands at around $86bn more than 150% of gross domestic product according to the finance ministry.