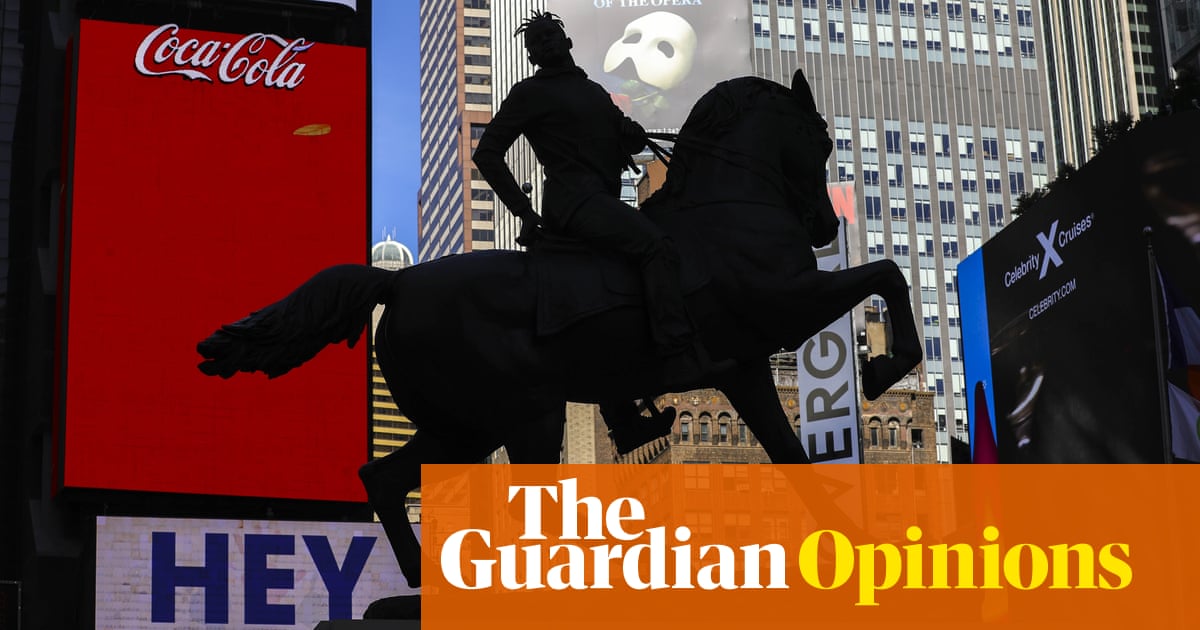 Rumors of War, by the black artist Kehinde Wiley, will soon move to the heart of the Confederacy. He is not alone in his challenge 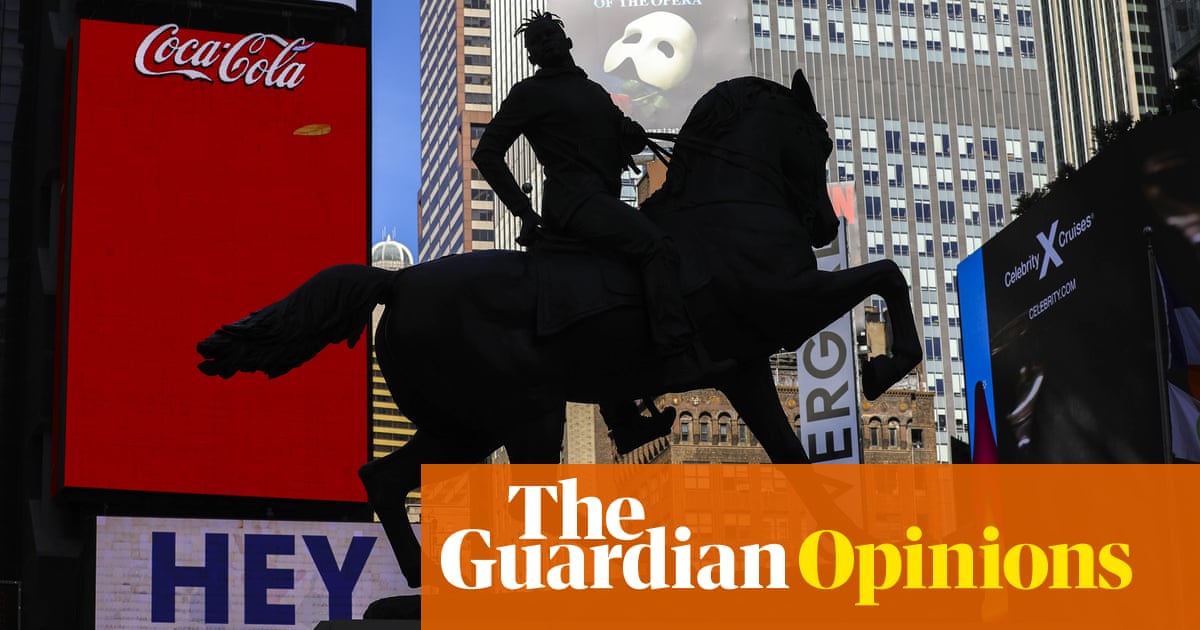 Its a lot to be asked, to pledge allegiance to a country, to a world, that keeps you invisible.

So said Valerie Jo Bradley, president of Save Harlem Now!, applauding news of a statue by Vinnie Bagwell, to be erected in Manhattan, that will memorialize enslaved women victimized by the 19th-century gynecologist Dr J Marion Sims.

But she might equally have been referring to two other projects, one in London and one in New York, in which the African American artists Kara Walker and Kehinde Wiley have produced sculptures on a heroic scale. Like Bagwell, both give greater visibility to the historically overlooked and challenge the legitimacy of some we have honored in the past.

Public art has long been used to exalt the powerful without counting the cost of their power. On a grand scale, Edwin Lutyens design for New Delhi commemorated the exploitative Raj by emulating the capitals of ancient empires, ornate fountains and sculptural monuments the conspicuous totems of prestige.

It was the same in London, Paris and Cape Town, in Washington and other American cities. Circles and squares were consecrated with allegorical memorials. Skilled craftsmanship and exceptional artistry made some of historys most murderous vandals and unworthy sovereigns into marble saints.

Now Walker has installed her whimsical fountain, Fons Americanus, in the Tate Modern Turbine Hall. It was inspired by a chance passing of Sir Aston Webbs grandiloquent Victoria Memorial, across town, outside Buckingham Palace. Walkers imagination was captured by the outrageous pomp of the thing. Crowned by a gilded, winged Victory, buttressed by personifications of constancy and courage, the queen-empress is both revered icon and the worlds grandmother.

Rome, where Walker was a fellow at the American Academy, was another pivotal influence. Baroque monumentality, she says, left her perversely moved. She also recalled the experience as disarmingly treacherous.

Ironically, this was the very quality which gained her recognition. In works like Gone, innocent-seeming silhouetted paper cutouts beguiled with lyrical dexterity. On closer inspection, they belied a shocking narrative of slavery.

Walkers Tate Modern fountain is no less damning of America and no less clever, its allusions unending. But it is impossible to mistake it as merely pretty. Weary of empty elegance, Walker rebukes the past. Arm yourself, she tells us, with what really happened.

Conversely, Wileys Rumors of War effectively subverts entrenched authority by adhering to the strictest orthodoxy. A towering bronze rider on horseback, it will be on display through November, above the crowds of Times Square.

Though Wileys urban warrior in his Nikes and hoodie mimics a statue of the Confederate general Jeb Stuart in Richmond, Virginia, it also confronts the statue of Theodore Roosevelt outside the American Museum of Natural History a couple of miles away. The Roosevelt statue casts the 26th president astride a steed, in the role of great white father. Commandingly assuming his burden, he leads a Native American and black man, half-clothed and on foot, towards the sunrise and civilization.

Rumors of War is all about the veneration of questionable heroes. Wiley employs traditional artifice to invest his black man with every convention of noble bearing, including a charging horse. But he is not out to make a black aristocrat. He simply wants to show his humanity.

The work will speak louder still when it reaches its permanent home. Once installed in Richmond, the capital of the Confederacy, before the Virginia Museum of Fine Arts, it will confront some of the most insidiously beautiful memorials on one of the most misleadingly lovely streets in all America: Monument Avenue.

Devised in the late 19th century, this exquisitely landscaped boulevard is an open-air pantheon of Confederate worthies. In such places, unaware or off ones guard, it can seem that beauty alone might atone for the ignoble.