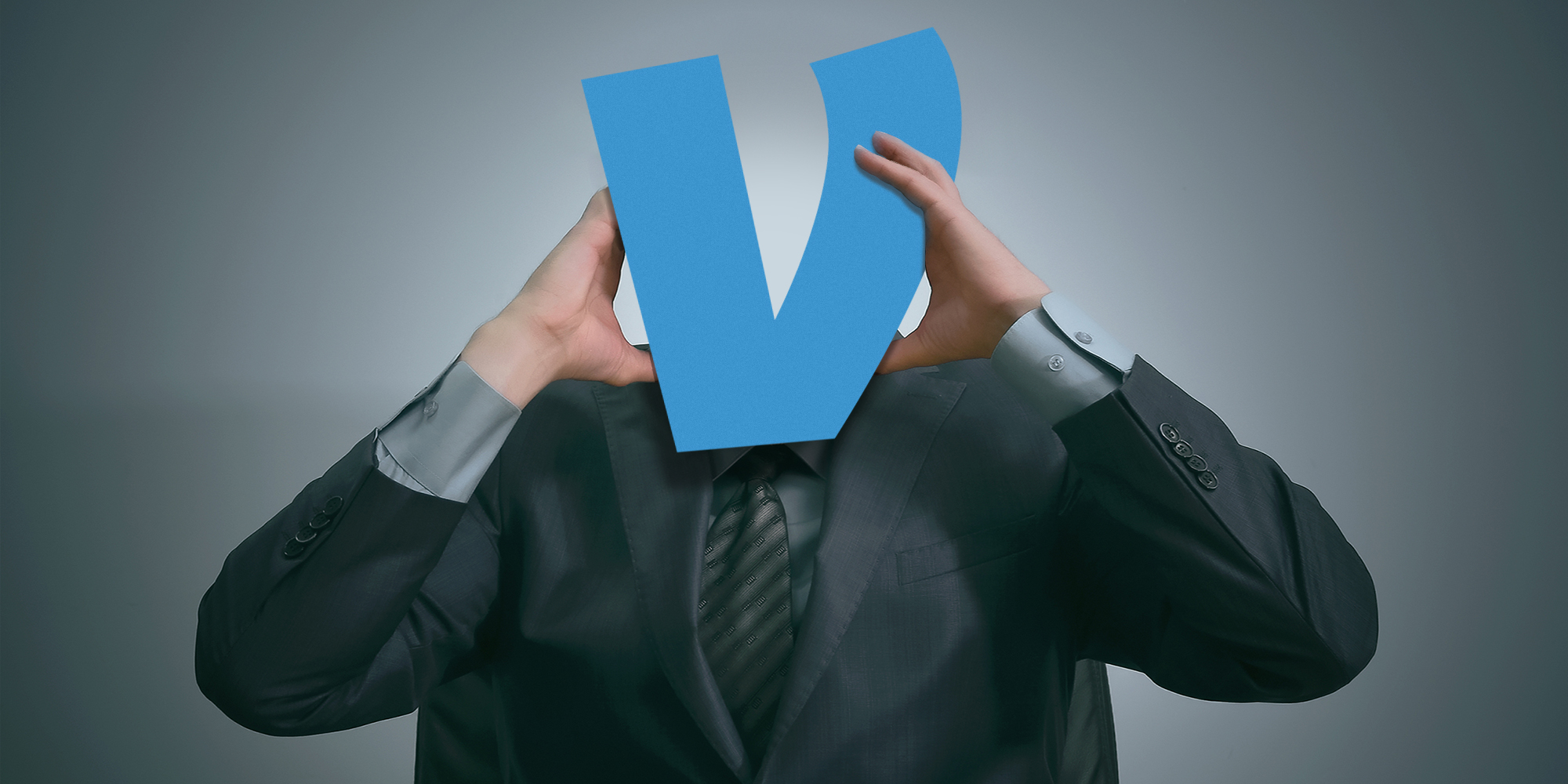 All my editor was trying to do was pay me for an article on the Iran-Contra scandal. But when they sent me the money through PayPal, it got held up for 24 hours to comply with government regulations.

We think it was because of the phrase Iran Contra in the comments, referring to the governments illegal support of Nicaraguan counterrevolutionaries using money from arms deals with Iran, the subject of the article.

Its possible PayPal wont literally let you pay for arms to the Contras. But its more likely Iran was the real trigger.

However, all this is pure speculation because PayPal presented no further explanation about why the transaction was held up between my editor and me, both of us who had conducted business in the past.

This seemingly unusual situation was not that uncommon, it turns out.

While many people use PayPal and other online payment systems, few may realize that these companies are required to scrutinize transactions to comply with government regulations against terrorism and money laundering.

But this compliance can result in payments being delayed for further review when people use certain words in their transactions, like Cuba or Damascus, which can take hours, days, and even weeks to resolve.

More troubling is the fact that Arabic words or words relating to the Muslim faith are causing transactions to get held up as well.

PayPal is an incredibly popular online payment system used by people across the world to pay for goods and services or pay friends and family back.

As of June 30, PayPal reported it has 286 million users. In 2018, the company processed 9.9 billion transactions. PayPal also owns Venmo which has 40 million users each year making at least one transaction.

However, with that volume of accounts and transactions, PayPal is required to comply with government regulations to prevent money laundering and support of terrorism. In September 2019, Reuters reported that the Australian finance intelligence agency, Australian Transaction Reports and Analysis Centre (AUSTRAC), believed that PayPal was not complying with these regulations and thus ordered an audit of their activities.

For the audit, PayPal is required to hire an external accountant to review 120 days of transactions.

An ABCarticle notes, AUSTRAC singled out child sex exploitation as a risk that prompted the regulatory intervention.

But child sex trafficking is just one of many issues that regulators in the U.S., Australia, and other governments are worried about.

PayPal has been slapped with fines for its failure to comply with U.S. government regulations.

In 2015, PayPal agreed to pay $7.7 million to the Treasury Department for violating sanctions by conducting business with restricted countries like Cuba and Syria. Reuters notes that PayPal did not adequately screen its transactions for U.S. sanctions targets for several years through 2013 and the platform processed $7,000 worth of payments for Kursud Zafer Cire, a Turkish national on the sanctions blacklist tied to proliferators of weapons of mass destruction,

PayPals User Agreement states, We may place a hold on payments sent to your PayPal account if, in our sole discretion, we believe that there may be a high level of risk associated with you, your PayPal account, or your transactions or that placing such a hold is necessary to comply with state or federal regulatory requirements. We make decisions about whether to place a payment hold based on a number of factors, including information available to us from both internal sources and third parties.

PayPal also has a list of prohibited countries where transactions are automatically denied when originating from and works to comply with the Office of Foreign Assets Control.

While these regulations make sense to fight money laundering and the funding of terrorism, the system has many false positives that impact peoples livelihoods and bank accounts. While PayPal claims it uses many factors, one clear factor is what payees put in the optional section to add a note.

Venmo requires users to include a note explaining the nature of their transactions.

One common complaint is that putting the names of certain countries who have historically problematic relationships with the U.S. can get held up. Notably, Cuba.

People on message boards have sad any use of Cuba, including as payment for an article or for Cuban food, has caused transactions to be held up.

As an experiment, I made a small transaction to pay a relative back and used the phrase Cuba bill. When I pressed Send Payment Now, I immediately received a message: Your payment is being reviewed because of regulations with a note that it usually would be resolved within 72 hours.

My relative also received notice that the payment was being delayed.

Two days later, I received another email that I was required to provide additional information:

I explained that the nature of the bill and explained my curiosity about using the phrase Cuba. Logging into my account, I discovered that a restriction had been placed on itI was not permitted to close the account.

While this has been a mildly annoying experience, it can have more serious impacts on peoples livelihood.

For instance, Kate Sloan, a freelance writer who specializes in sex and relationship, has had problems with PayPal over the content of her work.

Articles cover topics from advice from sex workers to discussing the ethics of applications that allow women to rate their lovers. She explained that her account was permanently limited for violating their acceptable use policy. She said, When I looked into what that policy says, I assumed the sexual nature of my writing was what had gotten me into trouble.

A week after Sloan reached out on email and social media, PayPal found that it didnt violate the acceptable use policy after all. But it happened again with a second account, which PayPal reinstated a few weeks later. For Sloan, these incidents were problematic for her business because PayPal was an important way to get paid for her work.

The Stop Enabling Sex Traffickers Act (SESTA) and Allow States and Victims to Fight Online Sex Trafficking Act (FOSTA) may have played a role in Sloans account suspension; she said that she had not had issues prior to April 2018 when the law was passed.But she notes that other sex writers had issues with PayPal before the laws were passed.

In another even more concerning instance, PayPals system is picking up any Arabic words or any words relating to the Muslim faith.

Mallorie Dunn, owner and designer of SmartGlamour, has been using PayPal for her business for five years, selling customizable dresses, each named after a woman she admired. On dress was named for Isra Hirsi, Minnesota congresswoman Rep. Ilhan Omars (D-Minn.) daughter, who co-founded the U.S. Youth Climate Strike. The name means Night Journey in Arabic.

Earlier this year, Dunns sister wanted to purchase a dress and sent a direct link through PayPal with the name of the dress in the note line. However, the payment was immediately held up. It was the first time in five years that this had happened to her; it was for her sister, who she had regularly done transactions with.

Normally, PayPal transactions are processed through her website so the product information is not provided to PayPal. Since she was conducting the transaction directly through PayPal with her sister, this issue arose.

Dunn did some research and discovered message boards noting how words like Syria, Damascus, and Arabic words could cause payments to be held up.

Like my own experience with my Cuba bill transaction, she and her sister both had to respond to questions about the transaction. The money was released within a week with no further explanation. She fully expects it to happen again if anyone writes Isra or other Arabic names in the note line.

When asked how she felt about the situation,she was frustrated, saying that PayPal was assuming anyone with the name Isra is clearly tied to some kind of terrorism and this is why this is being held up. This is absolutely ridiculous. It was definitely frustrating, and very clearly an Islamophobic situation.

Even related words in transactions have caused transactions to get held up. People on PayPals message boards have reported transactions with words like muslin, a fabric type, or Persian ink have been flagged.

PayPals user agreement notes that multiple reasons can hold up a transaction. Since PayPal provides little explanation beyond government regulations, its possible that these examples may have resulted from other unknown factors. But since these transactions were between people who had previously used PayPal and both parties were in the U.S., its unlikely that the location of the transactions and the identity of the parties were a factor.

But the more troubling aspect to all of this is that words from the Arabic world and related to Islam, such as Damascus, Persian ink or Abdul, get picked up and held for review. This may cause annoying issues that I have experienced or it may result in accounts being frozen or closed for using someones name.

How is PayPal doing this? And how is it picking up so many words? Since PayPal has not responded to repeated requests for information, we can only surmise on the companys methodology. Given the volume of transactions processed each day, the tracking of hot words might be done by an algorithm, rather than a person individually flagging words.

Algorithms can automatically flag pre-specified words and classes of words, explains Natalie Jorion, PhD, who researches machine learning applications. Some algorithms are now able to group similar words together, like cat and dog. This grouping would help explain how Muslim-sounding words can trigger a reviewed transaction.

Or it might be even simpler than that. It could be a system with keywords that can be easily updated, explains Os Keyes, Ph.D. student and researcher at the University of Washington. A system can be set up that checks PayPal notes for certain words on a list and if there is a match, then certain actions, like flagging a transaction, occur. However, this means that surnames that match critical words, like Cuba, or potentially partial phrases will also have issues with the system.

Regardless of how PayPal managed to flag these transactions, its a frustrating process for everyone who has transactions delayed and possibly even denied. Little information is provided beyond the opaque explanation that transactions are reviewed to comply with government regulations.

So be careful what you put into the notes section of a PayPal transaction. It may result in some unnecessary headaches.