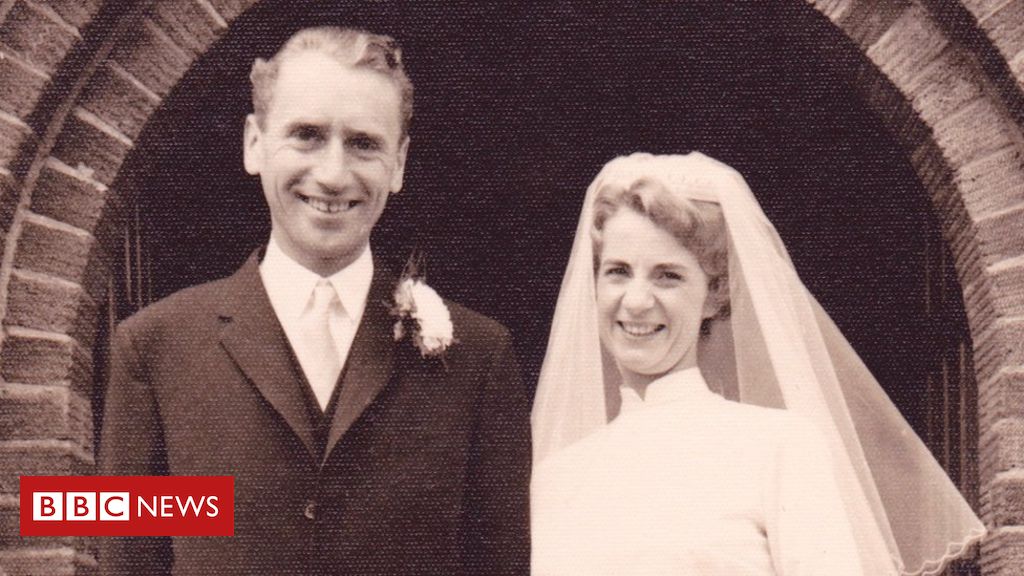 “I felt devastated, absolutely devastated and so guilty. My life collapsed really”.

Cynthia Tuck remembers the moment she realised she had been conned out of her life savings, and those of her late husband, George.

She’d become one of dozens of victims of a sophisticated, organised scam offering hugely over-valued coloured diamonds as “investments”.

Cynthia and her family have been feeling nothing but anger, resentment and frustration towards the justice system because the people who were involved in the scam got off scot-free.

No charges. No trial. No justice.

Elderly, often vulnerable, people were targeted, sometimes over the course of many years.

Victims were persuaded, through a variety of different tactics, to buy poor quality diamonds at hugely inflated prices.

In Cynthia’s case, she was cold-called by a man called Colin Moore and persuaded to pay around £5,000 for a diamond in 2013 as an “investment”.

Then, over the course of three years, Colin Moore, while working for two different companies, ruthlessly exploited Cynthia’s vulnerabilities and persuaded her into handing over nearly £400,000 – every penny she and her husband had saved over a lifetime of work – for 21 diamonds.

The diamonds her family eventually managed to track down (they suspect some of them never even existed) were sold for less than 10% of the amount Cynthia paid for them.

“Fraudsters are very good at what they do,” he says.

“They use tactics to socially engineer their victims, they know what to say, they know how to approach people.

“[They are] cunning. They may build that trust and abuse that trust over several weeks or months with someone.”

The family finds out

“It was a date etched in my memory forever: 1 February, 2016,” says Cynthia’s daughter Rachel.

“We knew that mum was buying some diamonds but we didn’t know that she had bought so many diamonds, at what cost, and who she was dealing with.”

But when Cynthia finally told her daughter about the scale of the fraud and what had happened to her, Rachel was stunned.

“I found out on the same day how much money mum had and how much had been stolen from her. And I experienced that like a sort of shock, like a physical shock really. I felt physically sick.”

So began the family’s three-year struggle to see the people behind the scam held to account.

At one time or another five police forces were involved and multiple investigations were launched.

The Insolvency Service did shut down several of the companies involved in the scam, including the two Colin Moore worked for, as well as banning two people from being directors.

But, ultimately, no charges were ever brought and no-one ever faced trial.

Police and Crime Commissioner Anthony Stansfeld speaks for the Association of PCCs on fraud.

He says victims such as Cynthia are being “failed” by the police; “I think [Cynthia’s case] is typical of what’s going on throughout the country.

“Fraud is not being investigated. I doubt if 1% of fraud is ever brought to a conclusion in the courts.

“It is very difficult for the police to investigate. Very often police will say it’s a civil matter or pass it to Action Fraud – and so things simply do not get investigated.”

According to the crime survey for England and Wales, there were 3.9 million reports of fraud in the year to June 2019, a 15% increase from the previous year.

Mr Stansfeld says police are not being given enough resources to properly tackle the problem and suggests money from fines issued by the Financial Conduct Authority, sometimes hundreds of millions of pounds each year, should be spent doing just that.

“That money [from the fines] goes to the Treasury. It should not. At least half of it should be ring-fenced for fighting fraud and if we couldn’t bring down fraud by about 10% I would be amazed.”

The Home Office says the government is committed to “cracking down on scammers and fraudsters” and has just launched a review into the issue.

‘Hard to live with’

Having given up hope long ago of getting any of her mum’s money back, Rachel says her big worry now is that the people who conned her mum are still out on the streets.

“[The victims] were targeted. They were groomed. And then the authorities blame the victims.”

Naturally, File on 4 wanted to find Colin Moore. After weeks of calls, emails and letters, it becomes clear just how hard he is to track down. Like a ghost, he’s disappeared – we’re told possibly to the other side of the world.

“They just let them carry on,” Rachel says, “and my real fear and worry is that this is still happening. That the same people are… probably doing exactly the same thing to other old people. And that makes it very hard to live with. And it’s been one of the things that has made it hard to put behind us.”

You can hear more about Cynthia and Rachel’s story on “Anatomy of a Fraud” on Radio 4 at 8pm, Tuesday 12 November. Or you can listen again here.