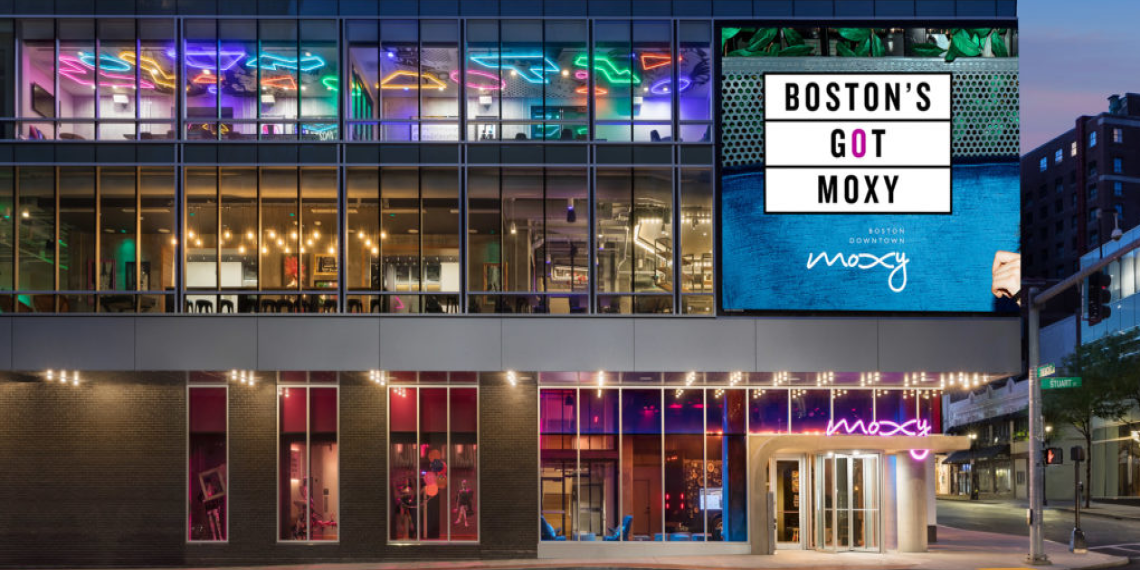 Planning sucks, and bachelorette parties are a ton of work. So we’re taking all the guesswork out of planning a bachelorette party by breaking down top bachelorette destinations. Our guides will tell you where to stay, eat, party, how to get around, and give you a sample itinerary that you can follow. You’re welcome.

Bahstan really comes alive in the fall, and so will you, on an all-out bachelorette trip to B-Town. If you reside in Mass, are from the East Coast, or just looking to party it up on the cheap(er) side and not travel far, Beantown is a solid destination. It’s an easy year-round quick getaway. It’s a walkable metropolis packed with quality hotels, restaurants, bars, and adorable cobblestone streets made for impromptu photoshoots. Believe it or not, you can actually have a pretty epicgirls trip in the “City of Champions”.

Boston’s really been stepping up their hospitality, culinary, and nightlife game, and they even have a Vegas-style club where you can order bottle service, dance on tables, and act like girls gone wild until you’re kicked out it’s time to go home. If you can avoid behaving like a total Masshole, or getting into any fights with the ones who live there, kudos to you. You’re not trying to get arrested on your last fling before the ring and have to dip into the wedding fund for bail money. With that being said, here’s our ultimate bachelorette guide to Boston.

How To Get There

Good news: Boston is a major city, so it’s not terribly hard to get to. The main airport is Logan if you happen to be flying from the South or the West Coast, but if you’re on the East Coast, you can also drive, train, or a take a boozy limo because it’s your bach and you do what you want! From NYC you’re looking at a 4+ hour drive and honestly around the same number of hours if you take Amtrak, but then you can pregame, so there’s that. Flying will get you to Beantown in closer to 2 hours from NYC, or approximately 5.5 hours from LA. Boston is wicked cheap to get to, though. Flights from the East Coast can be found for as low as $180 (or $130 from NYC), but pro tip—book on a Sunday. It’s the new Tuesday for bookings.

How To Get Around

Boston is a walking city, but obviously Uber, Lyft, and cabs work when your heels don’t. Another way to get around is the good ol’ T. The T isn’t as gross as the subway in NYC and for some places you go to, can take shorter than driving. Another option we love? Safr, which is ridesharing for women, by women. So if you don’t feel like dealing with some aggro Uber driver canceling on you when you’re just trying to find him when you’re blackout drunk, go with a local Boston lady who will probably compliment you on your outfit and give your squad tips on where to party all weekend. They’re friendly like that.

The Moxy: The Moxy Boston Downtown just opened recently, and it’s already the place to stay if you want to take advantage of everything Boston has to offer. The location could not be more central, but tbh, you might not even want to leave the hotel. Between the industrial chic design and theatrical decor, the space is a perfect backdrop for your insta. There’s even a  food-truck themed photo booth (because, why not?) if your phone is a dinosaur like mine. This is obviously ideal, because you know you’ll hate the pics you drunkenly decided would be so cute at the club after a few too many. Like all Moxy Hotels, the party starts as soon as you step into the lobby, with a video wall, games, and a free cocktail when you check-in.

The Moxy’s bar, appropriately named Bar Moxy, is the perfect spot to kick off your night with their signature “Got Moxy” cocktail. By the time you’re ready to hit the town, the hotel’s location is walking distance from all of the best food and drink in Downtown Boston. And the Moxy also has you covered when you come back at the end of the night, with 24-hour grab and go food inside the hotel. They even have a special “Curtain Call” menu, filled with dunchie delights, because the Moxy gets it. God bless. Combined with brand-new rooms with amazing floor-to-ceiling views, your bach group is going to be very happy with this hotel choice.

Hotel Commonwealth: This popular hotel is basically on top of Fenway Stadium, so it’s prime turf for taking in games and being in close proximity to all the Kenmore Square bars. It has a craft cocktail bar onsite, The Hawthorne, where you’ll start and end your nights. Two in-house restaurants (Eastern Standard and Island Creek Oyster Bar) also round out the list of perks, because when you’re hungover you need to be as close as humanly possible to mimosas and eggs Benedict. As for the digs, their posh 245 guest rooms, suites, and signature suites are spacious AF.

Friday feeling ✨ Tag @hotelcommonwealth in your posts for the chance to be featured! . . . (Photo by @liv.reese)

XV Beacon: The tone at XV Beacon Hotel is swankkky, so if you and your crew are some fancy betches, this is where you wanna check in. Important info to note: they allow pets for any four-legged friends looking to jump on the party bandwagon; they have a chic little roof where popping bottles of bubbly is a must; and in-house restaurant, Mooo, is next-level for group dinners.

The Godfrey Hotel Boston: The Godfrey is super cute and all, but let’s be serious—we check in here for the Bloody Mary bar cart that comes to your room at the press of a button. You can even request meeting rooms like the Blake and Amory as “get-ready” rooms, to blast single lady anthems and discuss life important outfit decisions before you hit the town. For dinner, there’s RUKA Restobar downstairs, which is a Peruvian-Japanese option that brings Nikkei cuisine to the forefront in Boston.

Celebrate the last Sunday of 2018 with our in-room #BloodyMary cart this weekend! Every Sunday morning: just dial 0 for details! #GodfreyStyle

Real talk: Bach’ing in Boston isn’t like bach’ing in the Hamptons, Miami, or on some tropical island where you have to be in a swimsuit 24/7, so get ready to eat. A lot.

Fox & The Knife: James Beard award-winning chef Karen Akunowicz of Myers+Chang fame just opened her first solo venture, and it’s pretty badass. It’s been named one of 2019’s Best New Restaurants by Food & Wine and Eater, so reserve in advance, if you want any shot in hell of getting in. As for the eats, there’s this cheese-stuffed focaccia situation on the menu that will make your life complete and pastas so good, you run the risk of getting into a fight with the bride over the last bite.

Uni: If you’ve ever wanted to nom on crazy good sushi while listening to old-school rap, go here. It doesn’t get any better than Uni in Boston, and they offer a private dining room so you can be as debaucherous as you want. JK, keep it together—you want to be semi-sober to enjoy this. P.S. There’s late-night ramen on the menu, so keep that knowledge in your back pocket when the munchies strike.

Another look at our brand new #privatediningroom with art by @badwaycreative 😍 Have you been by to check it out? Email [email protected] for details!

Peregrine: Peregrine is the new kid on the block—the Beacon Hill block, to be exact—in The Whitney Hotel. It’s basically a love letter to the Italian islands of Sardinia and Sicily and their ever-changing seasonal menu highlights include: pappardelle with braised chicken, steak with addictive rosemary garlic potatoes, and Catalonian tomato bread—just like nonna used to make. Oh, and you’ll want to get dressed up.

At @Peregrine_Boston, they provide a few of our favorite words: Wine, Food, and Fun! If you don't believe us, you'll have to see for yourself. #bostoneats #exploreboston #myboston #visitboston #thewhitneyway

Myers+Chang: This upscale Chinese, Taiwanese, Korean, Asian-ish restaurant is uberrrrr famous and has a million dim sum-y things on the menu that you’ll dream about long after you crawl back home in a post-bender state. Word to the wise, though: maybe save this one for last and wear stretchy pants unless you want to be in a food coma after.

Hey, friends! We're CLOSED TONIGHT for a private event! But we'll be open for lunch from 11:30 – 3pm! #yummeyumyou #myersandchang #cookbook

Bistro du Midi: The posh 10-year-old French bistro overlooks the Boston Public Gardens and has Le Bernardin alum chef Robert Sisca manning the kitchen, so you know it’s legit. Go for a ladies who boozy brunch moment when you want to #roséallday and devour platters of charcuterie, flatbread, and pommes frites. I mean, a bachelorette party is technically a food tour, right?