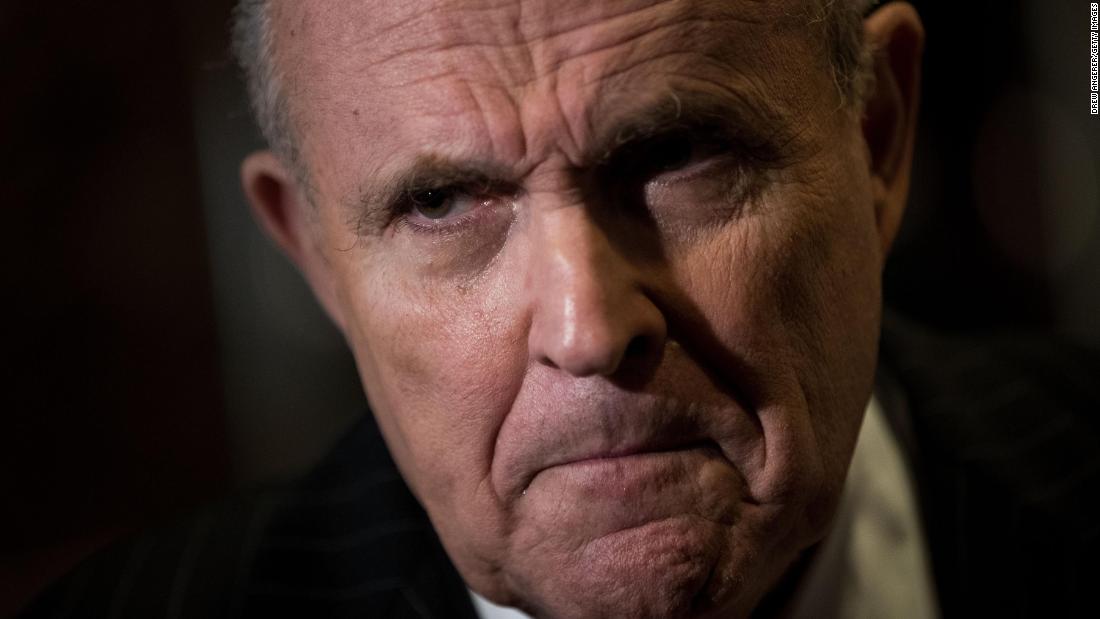 (CNN)Federal prosecutors investigating Rudy Giuliani plan to interview a senior executive of Ukraine’s state-run oil-and-gas company, according to his lawyer, as Giuliani’s possible ties to a separate natural gas venture have come under scrutiny.

“The Department of Justice has requested an interview with Andrew Favorov. He has agreed and will voluntarily sit down with the government attorneys,” Breuer said. A spokesman for the Manhattan US Attorney’s office declined to comment.
Favorov’s interview announcement comes after CNN was first to report Monday that prosecutors in the Southern District of New York have contacted people associated with Naftogaz in recent weeks, suggesting investigators have opened an inquiry into whether Giuliani and his associates sought to secure deals by exerting influence over the company.
Giuliani’s associates Lev Parnas and Igor Fruman pushed a scheme to replace Naftogaz’s chief executive with someone who would favor their own business interests, according to an American energy consultant, Dale Perry, who spoke with Favorov about their efforts.
Parnas and Fruman met with Favorov at an energy conference in Houston last March and asked if he would go along with their plan to oust the company’s CEO and become its head, said Perry, who is Favorov’s former business partner. That meeting and Favorov’s interview agreement were first reported by the Associated Press.
Two sources familiar with the matter told CNN that Perry’s description of the meeting between Parnas, Fruman and Favorov was accurate.
Parnas and Fruman, who also worked with Giuliani to dig up dirt on Democratic presidential contender Joe Biden, were indicted in October for campaign finance violations. They have pleaded not guilty.
Some of those alleged violations concern contributions made through a purported natural-gas company controlled by Parnas and Fruman called Global Energy Producers. The indictment notes that at the time of the contributions the company had “no income or significant assets.”
Prosecutors in New York are also investigating Giuliani’s ties to Global Energy Producers, according to a person familiar with the matter. The Wall Street Journal first reported prosecutors’ examination of whether Giuliani stood to personally profit from GEP.
Parnas and Fruman told Ukrainian officials that Giuliani was involved in their natural gas venture, according to Kenneth McCallion, a former federal prosecutor who has represented Ukrainians he said learned of the natural gas plan. McCallion previously told CNN he believes they referenced Giuliani’s name to lend credibility to the company.
An attorney for Giuliani, Robert Costello, said in a previous statement, “Mr. Giuliani had no interest in GEP at any time. This is quite simply a false story and I am sure counsel for Mr. Fruman will say the same thing. Someone is spending a lot of time and imagination dreaming up one false story after another.”